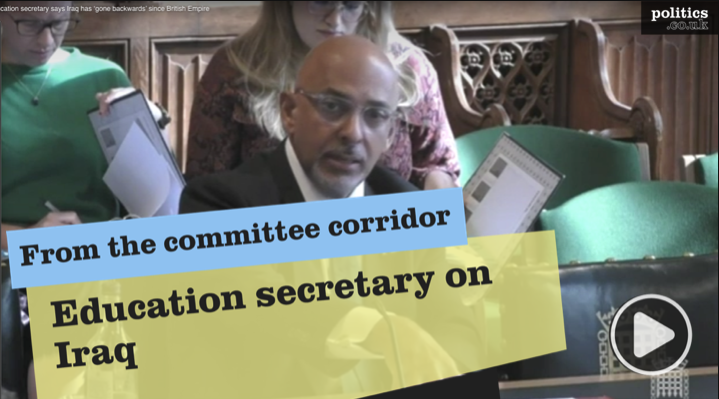 Education secretary Nadhim Zahawi has been questioned by the education select committee over his department’s work.

He was quizzed over “how” he thought “contentious” topics such as historic slavery in the British Empire “should that be taught in a balanced way”, as he has previously suggested.

Zahawisaid that “We should learn everything about the abhorrent practise of the slave trade as well as learn of everything else that the empire delivered”,he said the civil service that Imperial Britain set up in his country of birth, Iraq, “worked to deliver for the people,” adding that “Ever since then, it’s gone backwards sadly.”

He was also quizzed over whether he thought the National Union of Students is “institutionally antisemitic”.

He said that “it feels” as if the organisation has “systemic antisemitism because this is not the first time… they’ve elected a leader who’s got a history of antisemitic comments and statements,” though he argued that “many student representative organisations, unions do the right thing.”