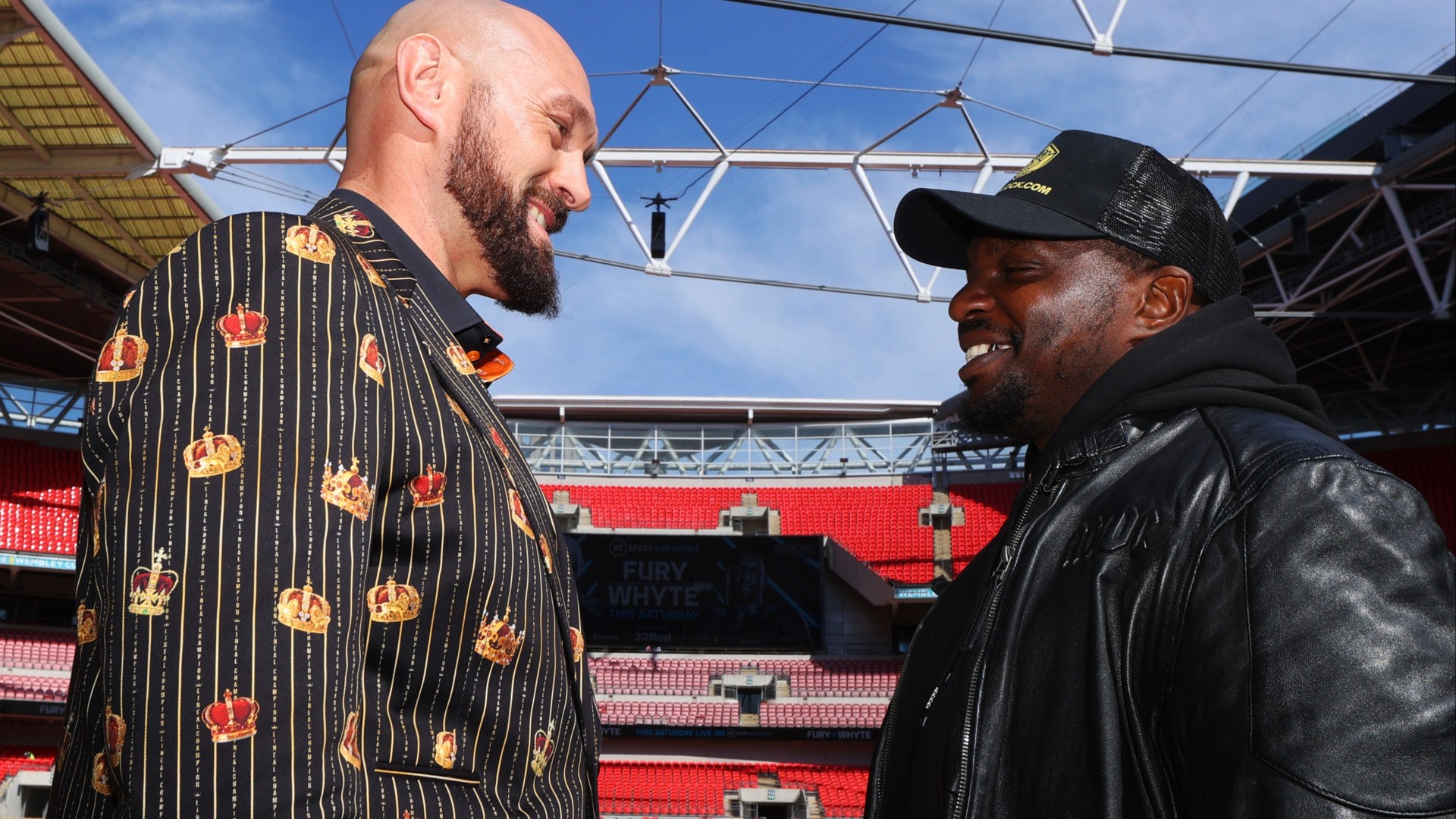 Dillian Whyte admitted the battle to finally get his world title shot ‘took a lot out of me’ but he insists he’s ready for Tyson Fury on Saturday.

Whyte will meet WBC heavyweight champion Fury at a Wembley Stadium packed with 94,000 fans and millions more watching around the world.

The Bodysnatcher spent years as the WBC’s number one ranked contender and even took the matter to court.

The fight was finally ordered in November and on April 23 the Brit gets the chance he has patiently been waiting for.

“It means everything to me to finally get in there and get it done,” Whyte told talkSPORT. “It’s a fight that I’ve fought tooth and nail [for], battled physically and mentally in the ring, in court and everything.

“Getting to the fight has taken a lot out of me. I feel good and I’m energised. I’m bouncing.”

Whyte was seen in conversation with WBC president Mauricio Sulaiman on the Wembley pitch as he came face-to-face with Fury for the first time in the lead up to the fight.

When asked about the conversation, Whyte told talkSPORT: “I was saying to him ‘what the f*** took so long? What took so long?’

“Why did I have to spend so much money in court to get what I rightly earned and worked hard for?

“I said it doesn’t matter that I’m here now and why didn’t I get this two or three years ago and why has it taken so long.

“I’ve got no beef with him though. He’s WBC president at the end, so we’ll see what happens.”

Whyte had to reluctantly accept a 80/20 purse split in Fury’s favour for the fight, meaning he will get around £5.5million compared to the £22million going to his opponent.

A further £3.1million bonus is up for grabs to the winner and the 28-2 boxer explained why he believes he was entitled to more.

He said: “The fight is Saturday and I can’t change that now. The split was forced upon me.

“As WBC interim champion, I don’t know if you know this, I’m entitled to 45 per cent and they gave me 20.

Whyte has not participated in the co-promotion of the fight and has stayed silent, despite the many attempts by the Fury camp to provoke a response on social media.

When asked if it was tough not to engage, he said: “No, not really. We weren’t happy with the terms and a lot of the things were still missing and weren’t in place.

“I’m very disciplined and have learnt to be disciplined over the years. We are a team, we make an agreement and we stick to it.”

Whyte is the underdog in the fight, but he admitted he was not bothered by what has been said by former boxers and pundits in the lead up.

He added: “People don’t give me credit for s*** anyway, so what does it matter what they think?

“My game plan is to adapt to whatever Tyson Fury does and to try and stay one step ahead of him, which is a very hard thing to do.

“It’s not a one-way street. I need to adapt to what he’s doing and implement what I’m trying to do. It’s a fight.” 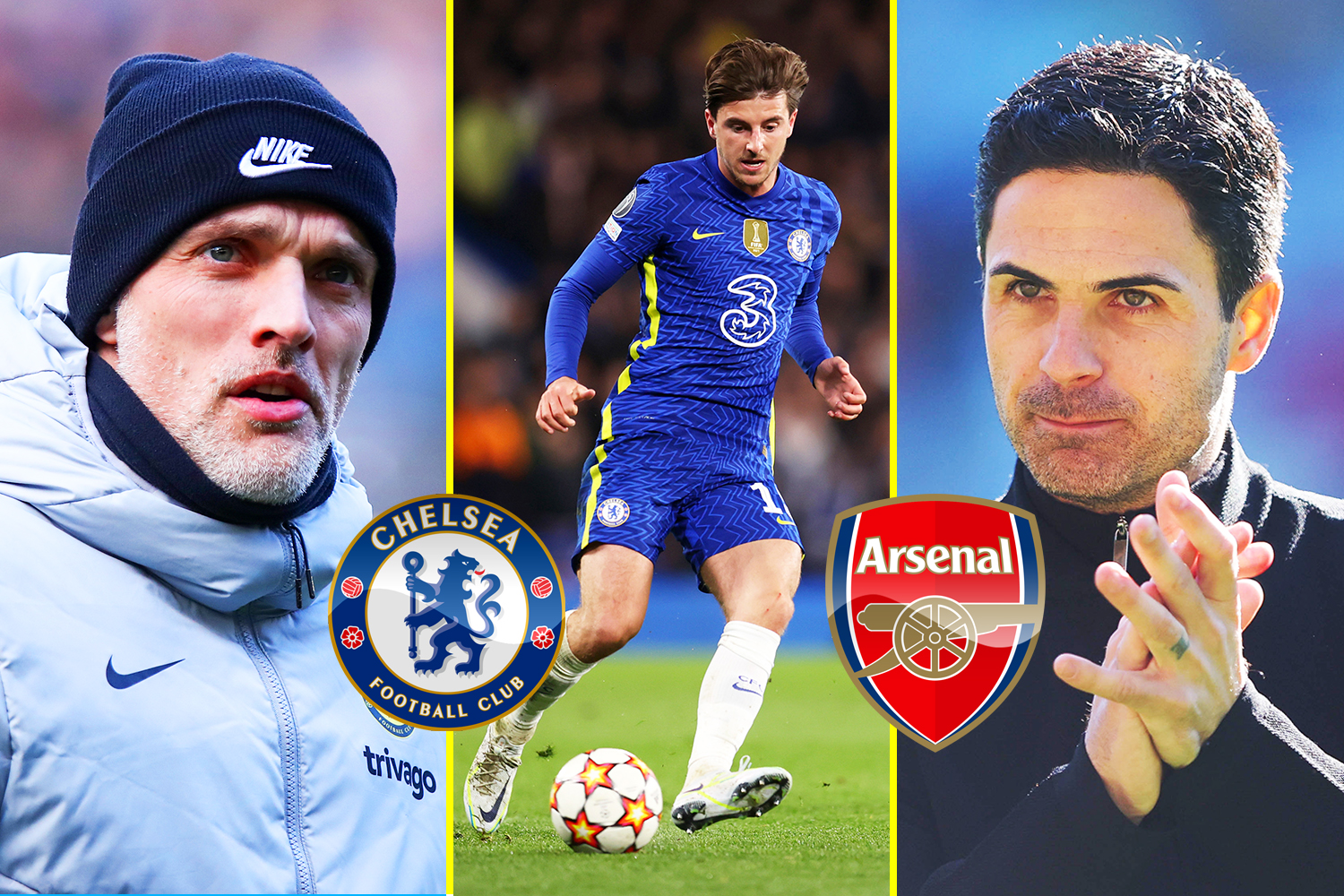