Everyone’s favorite feel-good reality show Queer Eye returned for its sixth season on New Year’s Eve, this time with the Fab Five making their way to Texas, looking for a fresh batch of deserving candidates to overhaul their lives for the better.

One such lucky participant was Terri White, who kicks off the new season when Antoni Porowski, Karamo Brown, Jonathan Van Ness, Tan France, and Bobby Berk pay her a visit at her family’s storied honky-tonk Broken Spoke, an Austin institution that has been frequented by the likes of Dolly Parton, Mick Jagger, Willie Nelson, and Clint Eastwood.

White is the venue’s resident two-step instructor, teaching weekly classes on how to master the traditional Southern dance, as well as the Cotton-Eyed Joe and Western Swing. “People need to quit bitchin’ at each other and have a good time,” she told the fivesome on the show.

The fiery 58-year-old grandmother’s storyline is centered on mending her relationship with her daughter Ashley. But perhaps Netflix should have done a more thorough vetting process before allowing White to pull on heartstrings and inadvertently advertise her family’s business to a national audience; as Gawker recently pointed out, Broken Spoke’s Yelp reviews are littered with accusations of discrimination and homophobia.

White herself has been directly named in many of the reviews, as former customers claim the business’s longtime (and seemingly only) dance instructor peppers her lessons with racist remarks, mocks stumbling new learners, and makes offensive comments about people’s appearances.

Through a statement provided to The Daily Beast by Ginny White-Peacock, general manager of the Broken Spoke and White’s sister, White denied the claims made against her. White-Peacock also claimed that White was not an employee of Broken Spoke, and did not own any part of the business, adding that White was in a contractor-type position where customers pay her directly for classes.

“We have been in business for 57 years and we do not discriminate against anyone for their race, gender or sexual orientation,” White-Peacock added. “We have people visit the Broken Spoke from all over the world and they all love it and have a great time in our establishment. We have and will, always take real claims of discrimination seriously.”

But former customers, Austin locals, and more than a dozen Yelp reviews over the past few years offer a different side of the story.

“Watching that was not fun,” Portland-based writer and photographer Karla Margeson told The Daily Beast after tuning into the latest season of Queer Eye and seeing White, of all people, on her TV screen.

Margeson, who uses she/they pronouns, had flown out to Austin on a whim in February 2020 with the sole purpose of taking a two-step lesson, and had signed up for White’s class at Broken Spoke.

But soon after starting the lesson, Margeson said they felt White had targeted them because of how they look, with White picking on them in front of the entire class. “She calls on people randomly to be examples,” Margeson explained in a recent TikTok. “I always get called on—I’m 6-foot-1, I got all these tattoos, like I stand out a little bit.”

“They partnered me with a guy, we’re dancing, and I’m bad at it because this is my first lesson. That’s why I’m here and literally, she’s roasting me in front of the crowd talking about how I can’t take direction, I have no rhythm, look at how bad this girl is, don’t be like her. At one point she actually yelled in the microphone, ‘Her next tattoo should be “loser” across her forehead because she’s so bad at this.’”

Margeson immediately left when the class was over, and unfortunately, the soured experience was their last big outing before the pandemic hit the following month. So when Margeson tuned into the new season of Queer Eye on New Year’s Eve, she was taken aback to see White front and center.

“It was hard for me to root for her because I just know her to be so abusive to people who are vulnerable and excited, which in my mind there’s no excuse for that,” Margeson said. “Learning anything [or] being new at anything is such a vulnerable position to be in, especially something that you’re excited about. To have somebody picking on you for being that—it was just a shitty thing to do.”

“I think that’s just really unfortunate because there are a lot of people who would never go take another dance lesson or never try something new like that again after a situation like that,” they added.

Margeson’s experience was not an isolated one, and it even seems to be on the tamer side when sifting through the reviews left on Broken Spoke’s Yelp pages, where people routinely accuse White of insulting class members, making racist and misogynistic remarks, and other inappropriate behavior.

“The instructor, Terri, is the most inappropriate, classless excuse for a human being,” Yelp user Kat M. commented in November. “The instructor spent the first 40 minutes of the ‘dance class’ making obscene comments about different people’s appearances and races. I fell victim to the verbal assault due to my choice of attire. She called me a ‘skinny slut’ whose mother should ‘beat me to a pulp’ for wearing Jean shorts. She then proceeded to make racist comments towards an Asian woman next to me… I would not recommend this class to anyone visiting the Austin area.”

Another claimed that White “aggressively ‘joked’” with the paying customers, “calling women ‘yappy bitches,’ telling us how stupid we looked, asking if we were ‘thick skulled,’ etc.”

“They should rename their 2-step lesson ‘Misogyny 101,’” a review from 2017 read. “At one point she asked all the ladies to turn around so the men could see our behinds, and this was the only time she demonstrated steps to the ladies.”

“We received no instruction from the foul-mouthed women ‘teacher,’” another reviewer wrote. “She spent her time insulting and sexually abusing both men and women. That’s right—as she poured forth a steady stream of profanity, she was harassing and insulting men and women.”

“The dance instructor was unforgivably racist and sexist,” another Yelper summed up his 2015 experience. “Come for dancing, but don’t pay for the lessons.”

The scathing reviews were also directed at Broken Spoke in general, as several students from the University of Austin claimed that when they visited in late October 2021, management referred to members of their group as “little brown girls” and “little brown boys.”

Other patrons claimed they overheard staffers and bartenders make derogatory and racist comments to guests of color, with one staffer complaining about people who were not speaking English.

A local Austin resident, who The Daily Beast is choosing not to name, has interacted with the White family over the past two decades and admits they’ve witnessed White make off-color comments.

“I’ve certainly heard [things],” they explained. “I remember doing some eye-rolling and that sort of thing when I’m listening to her talk, just like, ‘Did she just really say that?’”

“It’s probably not quite as rampant as some might say, but it is definitely a thing,” they added. “They’re a traditional old-school, old Texas conservative family. Honestly, I think it’s more the homophobia than the racism. At least that’s what I’ve observed. People will tell little jokes and it’s a little racist, but not over the top, you know, it’s enough to have plausible deniability. But the homophobia—they will straight up tap somebody on the shoulder and tell them they can’t do that, if it’s like two women dancing or if they’re sitting too close.”

The Austin local explained that Broken Spoke didn’t always have that kind of reputation, adding that White and her mother, co-owner Annetta White, seem to be the main perpetrators of the offenses. They added that things began to slide downhill around a decade ago, when founder and owner James White became less active in the venue’s day-to-day dealings. James White passed away in January 2021.

But according to local reports from 2016, Broken Spoke had previously come under fire when two women claimed they had been scolded and told to stop kissing by Annetta while visiting the venue. One of the women said they were approached “after I leaned across the booth to kiss my partner and proceeded to yell at us that we could do that outside or elsewhere, but not in her bar.”

At the time, James White denied claims of being homophobic, insisting that they tell all couples the same thing, regardless of sexual orientation. “​​We tell them all the same way,” James White told Austin 360 after the 2016 incident. “We don’t mind a peck on the cheek; we just don’t like it when it gets passionate.”

It’s unfortunate that Queer Eye chose to prop up an establishment with a concerning number of accusations of homophobia and racism leveled against it, not to mention White herself, who has been accused of being one of the main instigators of the offending remarks. (It is, however, somewhat possible that White and Broken Spoke’s background was missed during the show’s vetting process for potential candidates.)

Perhaps more importantly, it was a missed opportunity for the show to accomplish what it initially set out to do: break down barriers and stigmas when it comes to sexuality and race, and broaden the perspectives of people who might not have ever interacted closely with a person of color or someone who is queer.

“It doesn’t surprise me that they pick people who are a little grumpy, angry at the world, and might be rough around the edges,” Margeson said. “I’ve watched enough [of the show] that I guess they’re trying to change people’s minds. I understand that’s sort of what they’re casting for. But God, this is past the line of ‘rough around the edges,’ this is a very problematic person who’s done a lot of damage… I just think the way she’s acted with other people is inexcusable.” 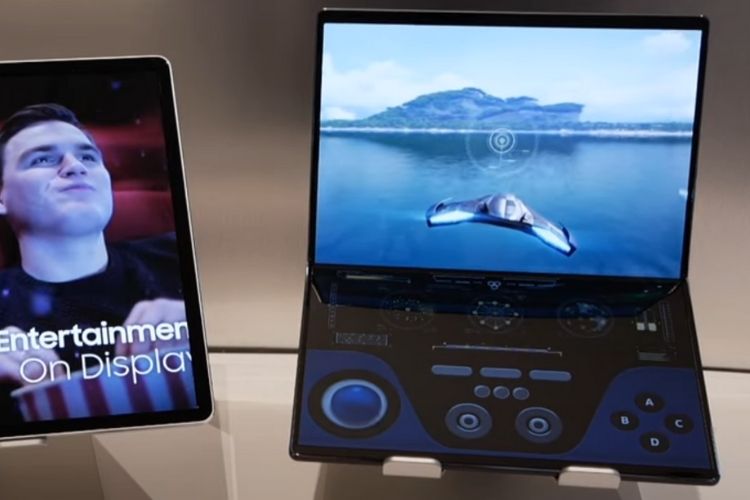 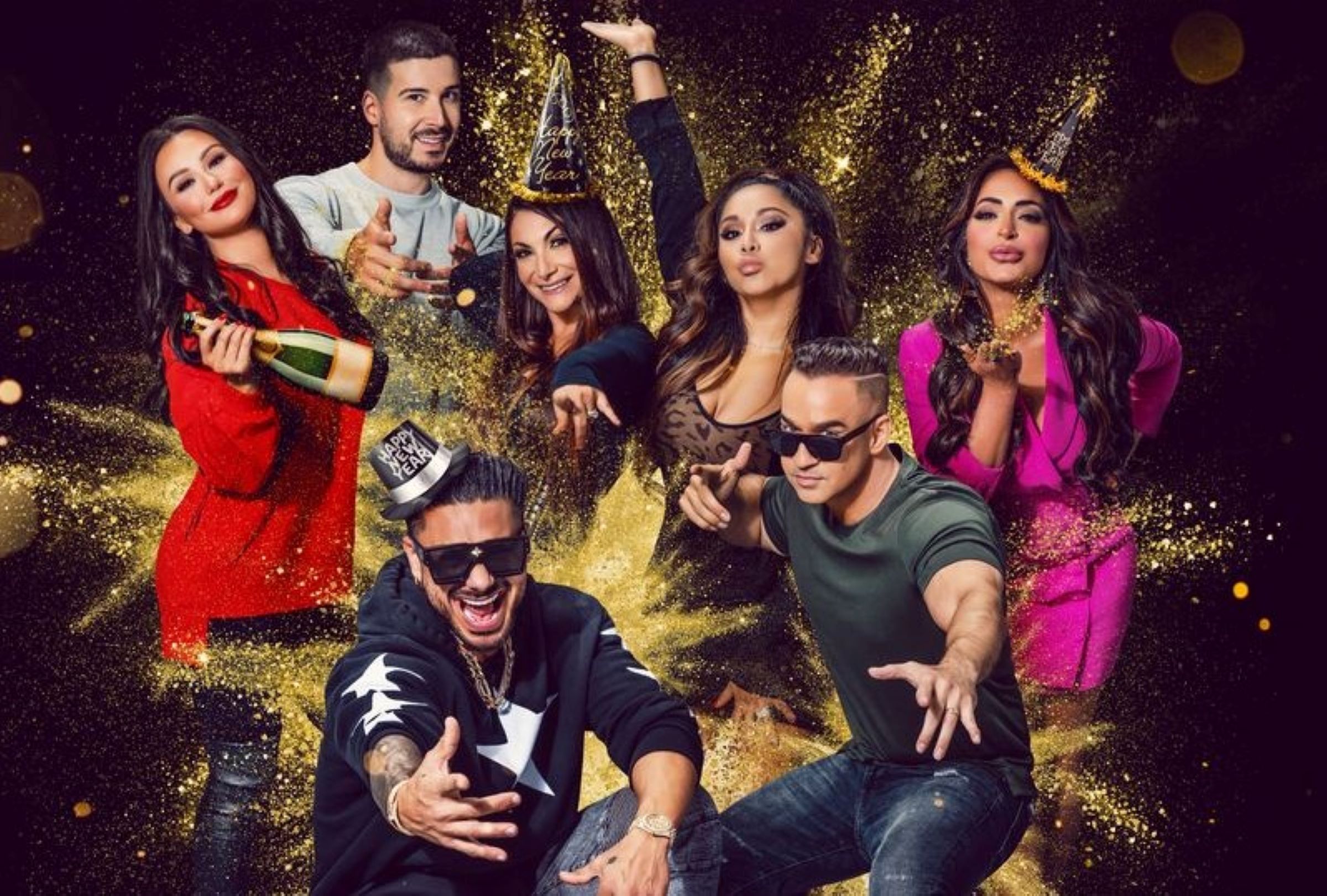