Democrats are warning that they could box themselves out of winning Senate races in key states unless they change the legislative filibuster and pass voting rights and election reform legislation.

The argument has been made to Sens. Joe ManchinJoe ManchinAbrams thanks Biden for Georgia speech, backs call for Senate rules change Biden’s Georgia speech was a call to save democracy as we know it Stacey Abrams’s shocking snub of Biden, Harris signals possible 2024 aspirations MORE (D-W.Va.) and Kyrsten Sinema

Kyrsten SinemaAbrams thanks Biden for Georgia speech, backs call for Senate rules change Biden’s Georgia speech was a call to save democracy as we know it Stacey Abrams’s shocking snub of Biden, Harris signals possible 2024 aspirations MORE (D-Ariz.) as colleagues try to sway the two holdouts to support changing the 60-vote legislative filibuster without GOP support.

Unless Manchin and Sinema flip on the filibuster, Democrats will be unable to move their own voting rights measures.

“There are many colleagues who are making that comment about their own races. …That’s certainly one of the factors,” Sen. Tim Kaine

“These are being done only in Republican states where Republicans control all the levers … so if it’s our voters that they’re targeting then we ought to have some responsibility to stand up for those voters,” Kaine added.

Chuck SchumerClyburn on updating election law: ‘What is true today was not true then’ Biden eulogizes Reid as a fighter ‘for the America we all love’ Like it or not, all roads forward for Democrats go through Joe Manchin MORE (D-N.Y.), speaking about changes to voting laws in various states during a recent interview with CNN, added that nearly every senator in the caucus had been lobbying Manchin and Sinema on voting rights including “going up to them and saying, ‘I’ll lose my election if … you allow these changes to occur.’”

Schumer has vowed that he will force a vote on the legislative filibuster by Martin Luther King Jr. Day, Jan. 17. Election experts have pointed to the timeline as a key cutoff point for getting federal election legislation passed by the start of the 2022 primaries and with enough time to survive likely legal challenges.

Tracking by the Brennan Center for Justice, which supports passing election legislation, found as of late last year that 19 state legislatures had passed 34 laws restricting access to voting in the wake of the 2020 election, which former President Trump

Donald TrumpMcConnell: Rounds ‘told the truth’ about 2020 election Abrams thanks Biden for Georgia speech, backs call for Senate rules change Kerik to sit for ‘voluntary interview’ with Jan. 6 panel, attorney says MORE falsely claimed was “stolen.” That includes states that have at least one Democratic senator, including Arizona and Georgia. Democratic governors in both Michigan, Pennsylvania and Wisconsin vetoed attempts to change voting rules.

Democrats are defending seats in several of those battlegrounds in 2022, including Arizona and Georgia where Sens. Mark KellyMark KellyManchin doubles down on filibuster ahead of Biden’s speech  Biden to call expected Senate action on voting bills a ‘turning point’ McConnell blocks simple majority votes on Dems’ voting rights bills MORE and Raphael Warnock

“The entire purpose of all the voter suppression bills …is to keep people who likely vote Democratic from being able to vote, so the upshot of that would be there are fewer Democrats who would be elected,” said Sen. Mazie Hirono

“That is the whole point of what the Republicans are doing. …So there is of course a potential that we will lose both the House and the Senate,” Hirono added.

Democrats won their first trifecta in a decade when they took back the Senate and White House earlier this year, paired with a House majority they won in 2018. But Republicans are feeling bullish about their chances of winning back the House given Biden’s approval ratings.

The Senate battlegroup is tighter, given the current 50-50 split of the chamber. That means either party needs a net gain of just one seat to take control, putting the onus on the importance of each battleground race.

Democrats also worry not passing voting rights legislation or other major priorities could hurt them in 2022 if it depresses turnout from their base.

Addison (Mitch) Mitchell McConnellMcConnell: Rounds ‘told the truth’ about 2020 election McConnell will run for another term as leader despite Trump’s attacks Top Republicans pressing Hogan to run for Senate MORE (R-Ky.), speaking from the Senate floor, argued that Democrats were trying to “justify [a] top-down election takeover.”

“The Democratic leader is using fake hysteria, fake hysteria about 2021 state laws to justify a power grab he began floating actually back in 2019, and an election takeover that was first drafted in 2019,” McConnell said from the Senate floor.

Schumer fired back at McConnell during a press conference on Tuesday, saying that “our argument is what they’re doing now is going to make 2022 a very unfair election.”

Democrats view passing voting and election legislation as crucial to American democracy as Trump’s claim that there was widespread election fraud — a claim dismissed by election experts, the courts and his attorney general Bill Barr — has taken root with parts of the party.

They haven’t yet landed on a filibuster reform proposal as around-the-clock negotiations continue amongst the caucus. One option includes moving to a talking filibuster, where opponents could delay the bill for as long as they could hold the floor, but legislation would ultimately be able to pass with a simple majority. They are also mulling a carve out that would exempt voting rights legislation from needing 60 votes.

Democrats are also discussing smaller changes including shifting from needing 60 votes to break a filibuster to needing 41 votes to sustain it or getting rid of the 60-vote hurdle currently required for starting debate while keeping it in place for ending debate.

But Manchin and Sinema haven’t been moved. Manchin, asked about public pressure he’s getting from Manchin, noted that he understood where the Democratic leader was coming from and “this is a tough game.”

“Chuck has tried to be as fair as he could this whole year, I really do. We did some great things,” Manchin said. “Right now they’re coming down to crunch time and I understand … the position they’re in and what they’re doing, but I think I’ve been very clear where I am, you know, so I hope they respect that too.” 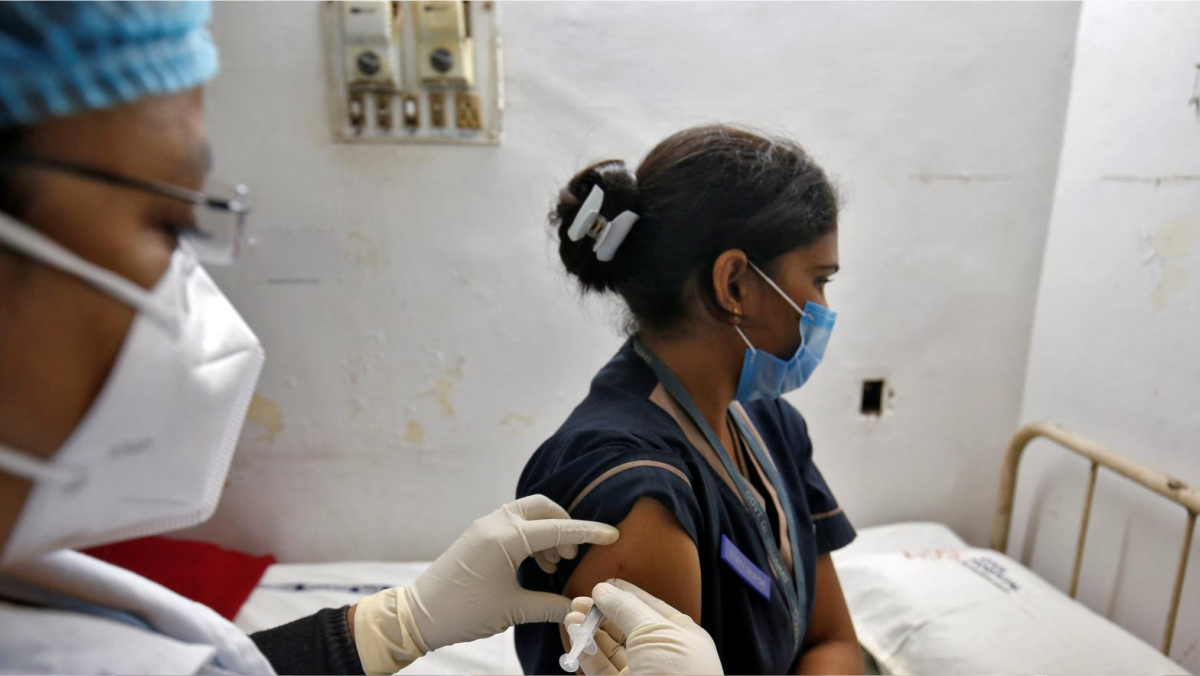