David Spade seems moved by the Burger King employee who got a mediocre goodie bag in recognition of 27 years without missing work … giving him money and making him laugh.

Kevin Ford, who went viral this week after showing off his company gifts, tells TMZ … his daughter let him know someone named David Spade donated $5,000 to his GoFundMe, but he wasn’t sure it was the comedian himself, until he checked his Instagram inbox. 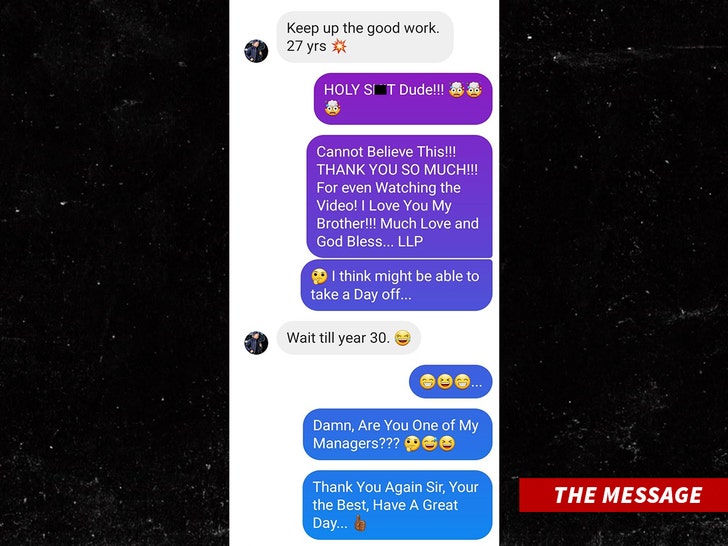 David slid in Kevin’s direct messages … telling him to keep it up after 27 years on the job without a break, and even cracking a joke about waiting a few more years before finally taking a day off.

Kevin tells us he’s a huge fan of David’s, so to get a donation plus some fun back and forth with Spade is surreal. 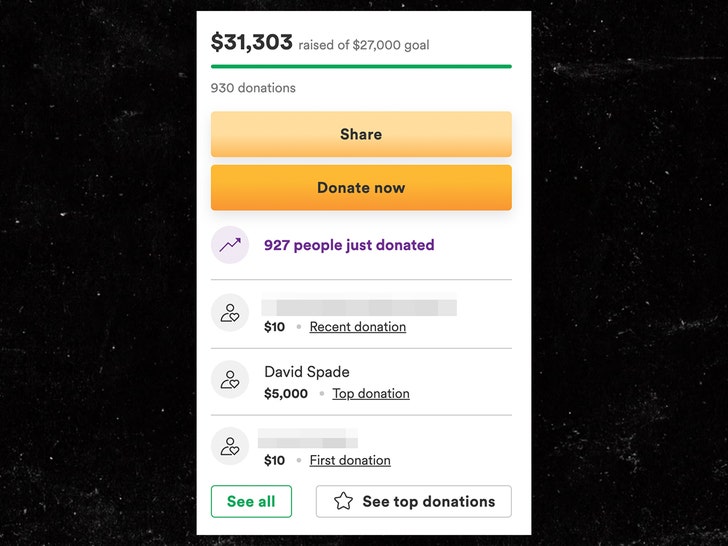 With David’s $5k donation, Kevin’s GoFundMe has now raised over $30,000 … with the money going to help him visit his daughters and grandkids in Texas. He also says he wants to use the dough to buy a new Ford hybrid.

Kevin’s going to take a day off eventually … and hopefully before David’s deadline.