D.L. Hughley Says Judge Failed to Sentence Kim Potter as Citizen Would Be

Spare D.L. Hughley the outrage over Kim Potter getting a 2-year sentence for killing Daunte Wright — he says America’s judicial system consistently lets cops off lightly, while ordinary Joes get the max.

We got the comedian and author at LAX Friday … just a few hours after ex-officer Potter was sentenced for first and second-degree manslaughter. She could have gotten up to 15 years in prison, but D.L. says that almost never happens because, “There’s a certain amount of accountability they refuse to ascribe to police officers.” 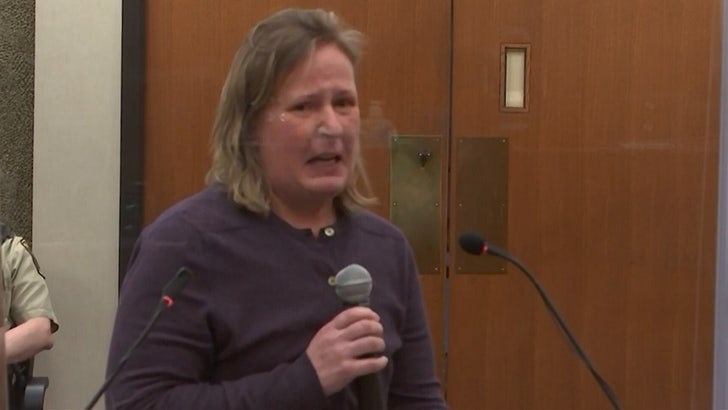 Potter, who tearfully begged Daunte’s family for forgiveness in court, shot and killed him during an April 2021 traffic stop outside Minneapolis. Her body cam appeared to back up Potter’s claim she thought she was pulling her Taser, but accidentally drew her firearm.

Check out the video – D.L. seemed totally defeated by the news of Potter’s sentence. Although he accepts the killing was accidental, he still can’t understand why police officers like her end up getting such light sentences in fatal shootings.

He compares Daunte’s death to the 2009 Oscar Grant killing in Oakland … where the officer also got 2 years for manslaughter. He was released on parole after serving just 11 months.

D.L. says there’s an upper limit on how much accountability the American justice system is willing to dole out to cops who kill citizens, and that needs to change. In fact, he says officers need to be held to a higher standard than that of ordinary citizens.