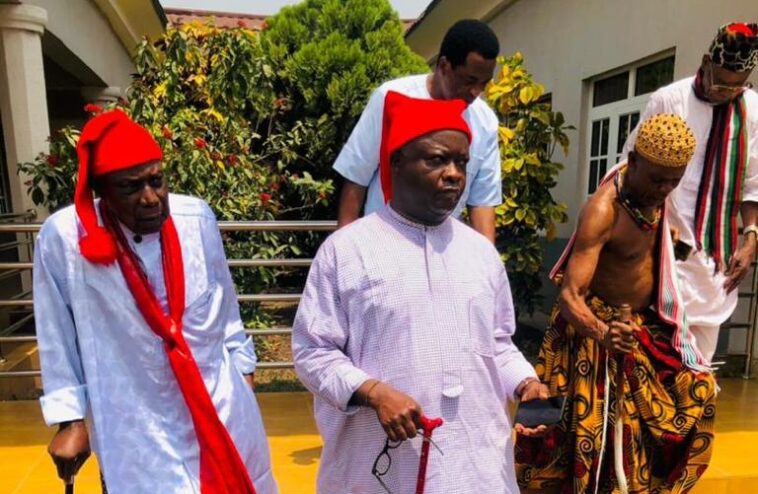 Chairman of Cross River State Council of Chiefs and Paramount Ruler of Bakassi LGA, Etiyin (Dr) Edet Okon Etim and other monarchs during the solidarity visit to the residence of High Chief Higgins Peters to preach peace from both parties ahead of February 26 Ogoja/Yala Federal By-elections

A group of Paramount Rulers from Cross River State on Wednesday hailed Governor Ben Ayade of Cross River State for displaying capacity in the management of the state meagre resources and plan to return power to South in 2023 as promised some years ago.

The monarchs lauded the state governor for his ingenuity in the way and manner he has run the affairs of the state since he came on board about six years ago.

The monarchs’ commendation is sequel to the state governor’s keeping to his promise of allowing power to rotate to the south in 2023.

A statement by the Paramount Ruler of Bakassi LGA, and chairman of the Cross River State Council of Chiefs, Etiyin (Dr) Edet Okon Etim eulogised the state governor for not reneging on his promise of letting power rotate to the south, calling on indigenes of the state home and abroad to support the state governor to actualised his plan.

The monarchs who were on a peacebuilding mission and solidarity visit to Cross River Northern Senatorial District ahead of the Ogoja/Yala federal constituency by-election scheduled for February 26, advised residents of the state to conduct themselves peacefully throughout the period that the by-elections would be conducted by INEC.

In a courtesy visit by the monarchs to the residence of one of the kingmakers in Yala Local Government Area of Cross River State, High Chief Higgins Peters in his country home in Okpoma Yala LGA, the traditional rulers emphasised the need for a peaceful by-election.

His majesty Etiyin (Dr) Edet Okon Etim also took the opportunity to express the gratitude of the entire Southern Senatorial District of Cross River State to His Excellency Governor Ben Ayade for his decision to honour his promise of taking the governorship position back to the Southern Senatorial District where it started in 1999 after completion on rounds in the three senatorial districts of the state.

The Paramount Rulers prayed for peace and admonished everyone involved to eschew violence in the forthcoming by-election and the general elections in 2023.

Responding, High Chief Higgins Peters thanked the Paramount Rulers for their concerns and taking the pains in going round the five local governments not minding the travel distances, their age and busy schedules back in their domains.

High Chief Peters also assured the visiting monarchs of a violence-free election and also pledged the resolve of the Northern Senatorial District in standing by their Son’s decision and commitment in taking the power back to the south in 2023.

High Chief Peters described the decision as sacrosanct, stressing that it was irrevocable in the light of the political realities and exigencies that exist at a moment, calling on Cross Riverians home and in the diaspora to put their weight behind the State Governor.

High Chief Peters also asked the monarchs for more prayers for the state always and thanked them for finding him worthy of their visit. 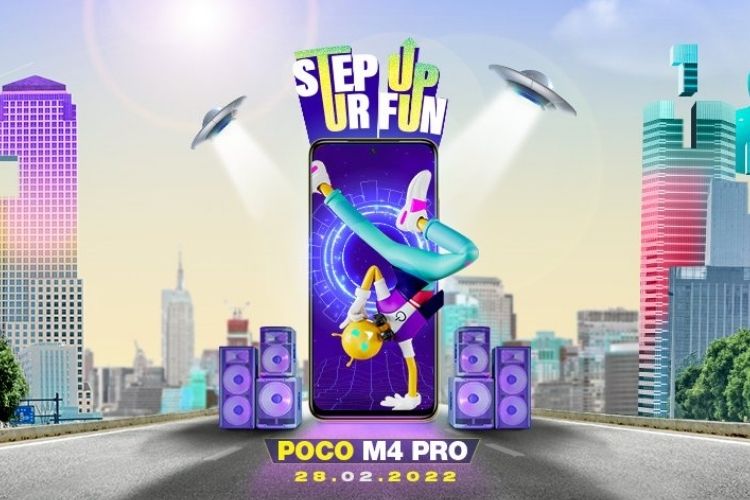