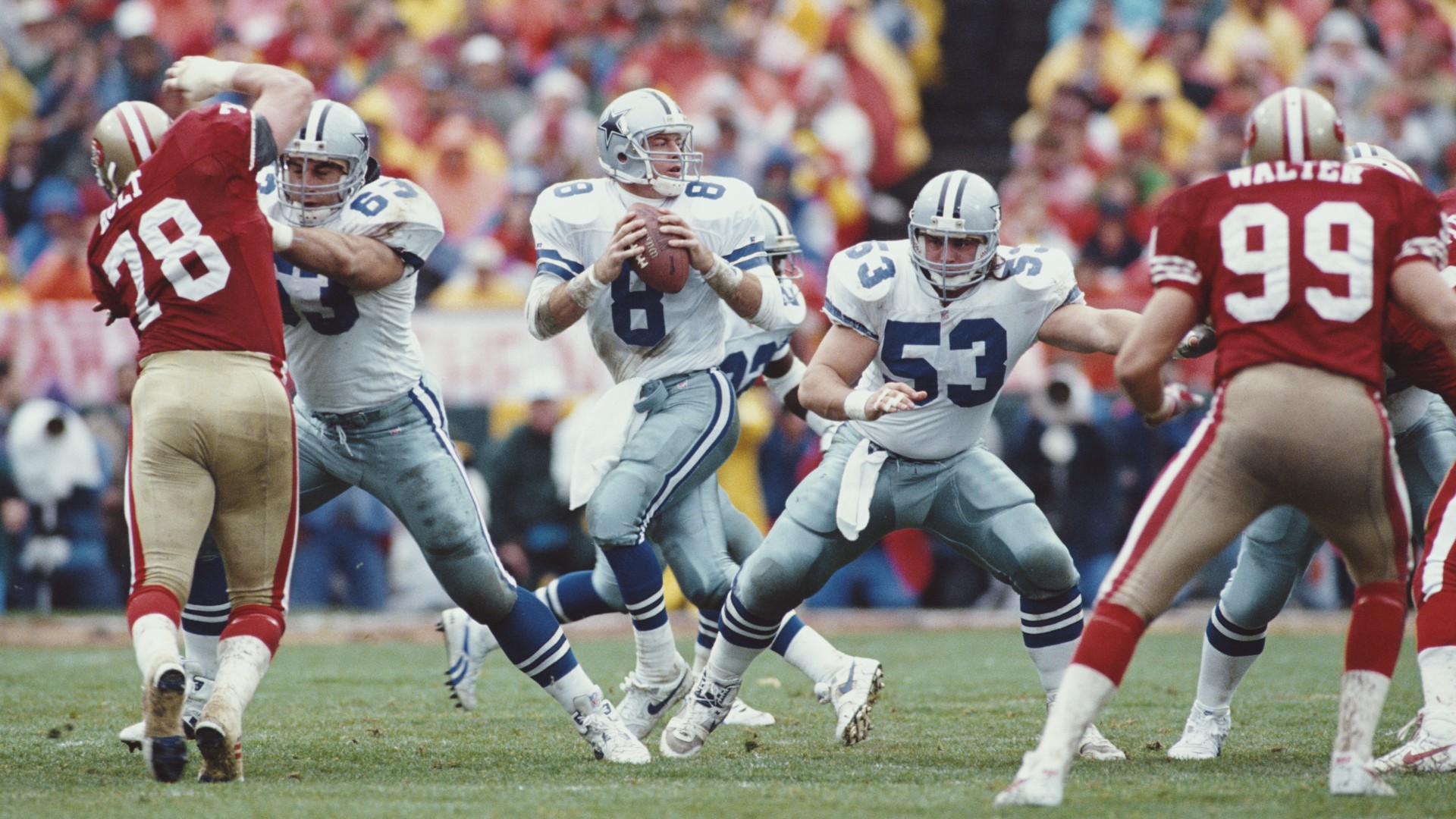 It is impossible to tell the story of the history of the NFL without the Cowboys and the 49ers.

The two franchises have each shared extended periods of dominance, with the 49ers capturing four Super Bowl titles in the 1980s and the Cowboys winning three in the 1990s. And as would be expected with two storied franchises, the two NFC foes have often been the obstacle for one another on the way to championships.

On Sunday, the pair will face off in the wild-card round of the playoffs, with Dallas hosting San Francisco at 4:30 p.m. ET in a battle between the league’s highest-scoring offense and one of the NFL’s toughest defenses. When they match up, they will tie the Packers-49ers, Packers-Cowboys, Broncos-Steelers, 49ers-Giants and Cowboys-Rams for the most postseason games between two teams at eight.

Before they face off, Sporting News is taking a look at the past matchups between these two teams and the history they’ve made in their games together.

The postseason rivalry began in a game that by itself was history-making. Dallas and San Francisco arrived in the first NFC championship game since the merger of the NFL and the AFL.

Tom Landry and the Cowboys had reached the playoffs in four straight seasons, losing each time at a different round. The previous season, the Cowboys lost to the Browns in the Eastern Conference championship game, the second straight year the campaign ended due to Cleveland. The 49ers, coached by Dick Nolan, were making their first playoff appearance since losing the conference playoff in 1957 to the Lions.

It was San Francisco that struck first on a field goal by Bruce Gossett in the first quarter, but the Cowboys scored 17 unanswered in the second and third. John Brodie hit Dick Witcher with a 26-yard touchdown pass to bring the game to 17-10, but the fourth quarter went scoreless, and Dallas advanced to the Super Bowl for the first time ever. It lost to the Colts in Super Bowl 5.

For a second straight year, the NFC’s representative in the Super Bowl would come down to either the 49ers or the Cowboys.

A year removed from winning the title, the Cowboys got a chance to see 29-year-old Roger Staubach in his first full season after he began to rotate into the offense with the previous year’s starter, Craig Morton, and the fresher face won the role for the playoffs.

Despite a solid first full season, Staubach was relied on more for handing the ball off than passing it, as Dallas rushed for 172 yards on 46 carries, while its standout defense picked off John Brodie three times and held San Francisco to just three points. Dallas scored touchdowns in the second and fourth quarters on carries by Calvin Hill and Duane Thomas to win the game 14-3 and advance to the Super Bowl for the second straight season. This time, the Cowboys got it done, beating Don Shula and the Dolphins 24-3 in Super Bowl 6.

This year, Staubach missed most of the regular season due to a shoulder injury.

However, Morton struggled for most of the team’s playoff-opening round against the 49ers, falling behind 28-13 through the first three quarters to San Francisco. Morton had one touchdown and two interceptions, while 49ers running back Larry Schreiber scored three touchdowns on the ground.

But Staubach earned the nickname “Captain Comeback” for a reason, and it began in 1972. In relief of Morton, Staubach threw two touchdowns in the fourth quarter and amassed 174 yards passing to help Dallas score 17 fourth-quarter points to win the game 30-28. The celebration did not last long, however, as the Redskins routed Dallas 26-3 in the next round.

It would be a decade before the two foes squared off again, and this time, it was Bill Walsh coaching the 49ers and Joe Montana under center for the first time as the full starter. The Cowboys, no longer with Staubach under center, were led by running back Tony Dorsett, who rushed for a career-best 1,646 yards during the regular season.

This time, however, the 49ers had the edge. San Francisco contained Dorsett to one touchdown and 91 yards on 22 carries, and held quarterback Danny White to 173 yards, two touchdowns and an interception. Montana orchestrated the 49ers to a consistent offense as San Francisco scored one touchdown in each quarter, three of which coming from the arm of Montana.

Dallas scored touchdowns in the first, second and fourth quarter and picked off Montana three times, but Montana hit Dwight Clark with a last-minute catch to put San Francisco up 28-27. White fumbled the ball on the final drive for the Cowboys, and the 49ers held on to advance to the Super Bowl, where they beat the Bengals for their first title win in the Montana-Walsh era.

Dallas managed to avoid getting in the way of Montana during the rest of his three rings, and the next time the two faced off, they began the first of three battles between Steve Young and Troy Aikman under center.

The first meeting of the two Hall of Fame quarterbacks gave fans a preview of the games to come. Dallas struck first on a field goal, but Young rushed in for a touchdown to give San Francisco the 7-3 first-quarter lead. Emmitt Smith responded with a score in the second quarter, but the half ended with both teams tied.

The Cowboys again leaned on the ground game, with Daryl Johnston scoring the go-ahead score in the third quarter with San Francisco mustering only a field goal in the frame. Smith caught a pass from Aikman to start the fourth that gave Dallas a double-digit lead, and while Young connected with Jerry Rice to bring it back to a four-point game, Aikman hit Kelvin Martin with a pass late to finish the game at 30-20. Aikman, Smith and the Cowboys went on to beat Buffalo in Super Bowl 27 to give Dallas its first title win under coach Jimmy Johnson.

The second meeting between Young and Aikman did not feature the same kind of back-and-forth action that the first did, and it remains to date the most one-sided of the seven showdowns between the teams.

Smith scored first to give Dallas an early lead, but Young responded by tying the game at seven in the second quarter. That was when Dallas took over, with Johnston rushing for a score, Smith catching a pass from Aikman and Jay Novacek scoring a 19-yard touchdown from Aikman in the second as Dallas took a commanding 28-7 lead.

Aikman had to leave the game due to a concussion, but the Dallas offense kept scoring, with Alvin Harper catching a touchdown from Bernie Kosar in the third quarter to respond to a Ricky Watters rushing touchdown. Young rushed for a touchdown late, but Dallas went on to win 38-21 before again beating the Bills in the Super Bowl.

An NFC championship game between the Cowboys and 49ers. Sound familiar? For a record sixth time, the winner of the conference would be decided in a game between one of the two foes.

This time, however, Aikman and the Cowboys were not going to be the representatives. The 49ers began the game with a pick-six off Aikman by Eric Davis to start the scoring. Watters caught a pass from Young for another score and William Floyd rushed for another to give San Francisco the 21-0 first-quarter lead. Aikman to Irvin for 44 yards put Dallas on the board before the end of the frame, but the second quarter was still one to forget for Dallas. The 49ers began with a field goal before Smith rushed for a touchdown, but Rice caught a 28-yard score from Young to make it a 31-14 game.

Smith scored on the ground again in the third and Aikman again found Irvin in the end zone in the fourth, but a rushing touchdown by Young in the third ensured that the game was always at least 10 points away from Dallas as the 49ers won 38-28.

George Seifert and the 49ers went to the Super Bowl, where they beat Bobby Ross and the Chargers 49-26 behind a record six passing touchdowns by Young. It is the last time either team has faced off. 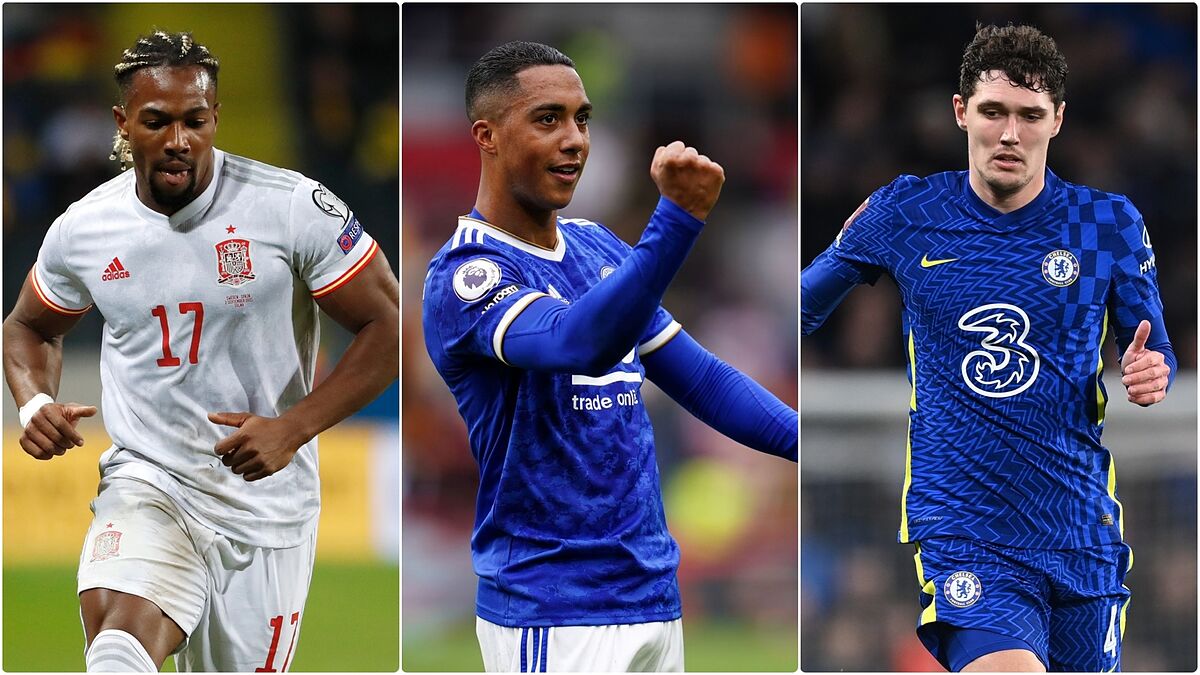