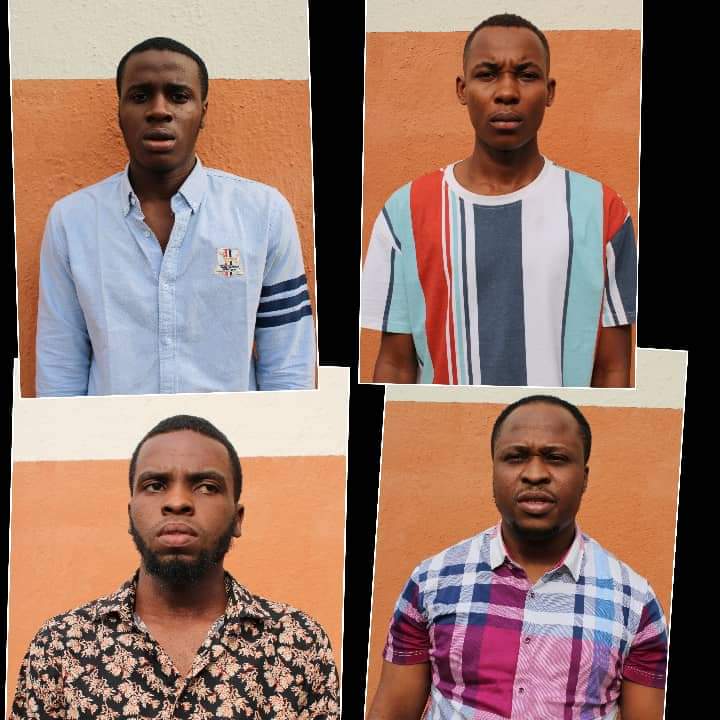 Four internet fraudsters popularly referred to as Yahoo Boys have been convicted and sentenced to one-year imprisonment in Calabar, Cross River State capital.

They were convicted and sentenced by Justice Ijeoma Ojukwu of the Federal High Court, Calabar, Cross River State on Wednesday, February 23, 2022.

The defendants pleaded ‘guilty’ to the charges bordering on impersonation and obtaining by false pretence contrary to the provisions of Section 22(2) (b) (i) of the Cybercrimes (Prohibition, Prevention, Etc) Act 2015 and punishable under the same section.

In view of their plea, the prosecution counsel Seyi Aribido prayed the court to convict and sentence the defendants accordingly.

Their conviction and sentencing were secured by the Economic and Financial Crimes Commission, EFCC, Uyo Zonal Command.

Meanwhile, the EFCC, has charged youths to be good examples in conduct and character and to shun economic and financial crimes.

This charge was given today, February 25, 2022, by the Benin Zonal Commander, Usman Muktar at an enlightenment campaign on the ills of economic and financial crimes at Midwest Regional Youth Camp of Foursquare Gospel Church, Benin City.

The Zonal Commander who was represented by Williams Oseghale, Head, Public Affairs charged the youth to be good examples in the society.

“The Bible says you are the light, so be the light in your homes and your community. Where there is light, there is no corruption, no fraud, no yahoo yahoo and other forms of criminality”, he said. 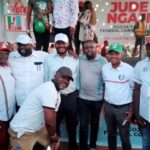 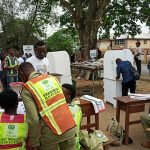