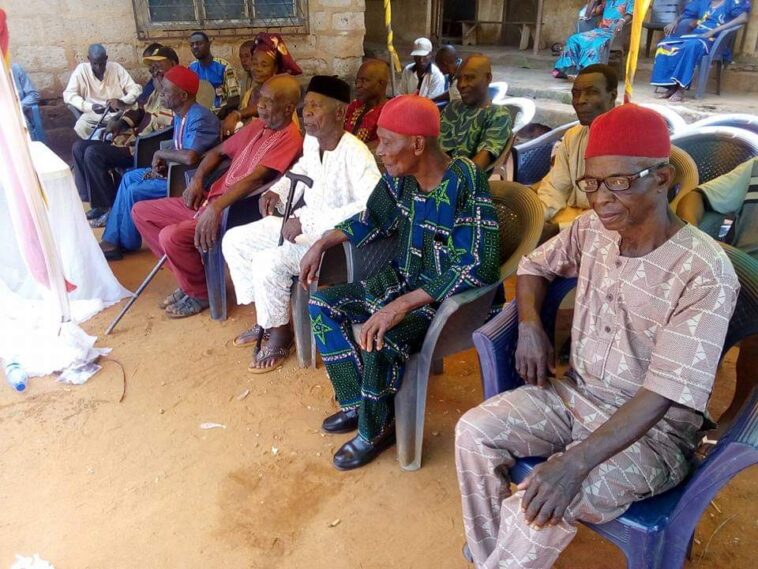 Umueri community in Anambra East Local Government of Anambra, has suspended an 80-year-old Vincent Okoye from the royal cabinet for allegedly defiled a 10-year-old girl.

Igwe Benneth Emeka of Umueri while addressing the All Nations Arise and Manifest Initiative (ANAM), on Saturday at his palace said the community did not condone such crime.

He said the suspect had been suspended from the royal cabinet as the alleged crime was a taboo and embarrassing to the community.

“The man in question is a member of my cabinet, he is my financial secretary and immediately the matter was reported, we suspended him and he can never come back to the cabinet again.

“The matter has been taken to court and that shows that the community does not condone such crime. We have also given the girl scholarship to show our concern and protect her future. It could have been anybody’s child.

“I’m advising parents, especially mothers, to be cautious and take responsibility for the safety and security of their children,” he said.

DSP Tochukwu Ikenga, Anambra Police Command, Public Relations Officer, confirmed that the suspect had been arrested and charged to court.

Also speaking, Insp. Richard Okoti, the Resident Prosecutor handling the matter confirmed that the suspect was arraigned at Otuocha Chief Magistrates’ Court on April 29, where he pleaded not guilty and he was granted bail on health grounds.

However, Mrs Tessy Aniesi, President, ANAM Transformation Movement expressed dissatisfaction as the matter was being adjourned indefinitely and urged the police to prosecute and ensure justice for the victim.

She said that the suspect, who was a contractor and a member of Umueri royal cabinet, was a family friend of the victim and he usually sent the girl on errands.

Aniesi said the alleged crime was reported at the Police Area Command, Otuocha Division, by the Umuada Umueri on April 26, and the perpetrator was arrested.

She said the girl was also taken to New life Hospital, Umueri, where it was confirmed that she was defiled.

“The workers at the building site where the suspect is supervising said they noticed that each time the girl comes to run errands for the suspect, he takes her to a completed building at the site and lock the door.

“On April 26, they saw her come out of the building crying. They called her and she narrated that the suspect always have sex with her whenever her mother ask her to come run errands for him.

“The workers confronted the man and called the attention of the vigilante group, the Igwe and the Umuada of Umueri community, and eventually ANAM took up the matter.

“During interrogation, the girl said the suspect has been abusing her but she could not report the crime to her mother or anyone because the man threatened to kill her,” she said.

Aniesi said ANAM Transformation Movement would follow up the matter and mobilise support to ensure justice for the victim. (NAN)