Heavy downpour has fallen down trees on major highways in Calabar, restricting the free flow of vehicular movement along the affected routes.

Desirous to keep the city of Calabar clean and green, the state Commissioner for Environment, Hon. Mfon Bassey, led a team of staff from the ministry and the Executive Chairman of Calabar Urban Development Agency to clear all the fallen trees and restore vehicular movements within the affected areas.

Unfortunately, one of the trees fell on a parked vehicle, but no live was lost.

The Commissioner, advised residents in the state to desist from parking their vehicles under trees as the rainy season draws in, thereby calling on them to report to the office on any fallen trees around their areas for prompt cutting and evacuation to ensure sanity and cleanliness of the environment. 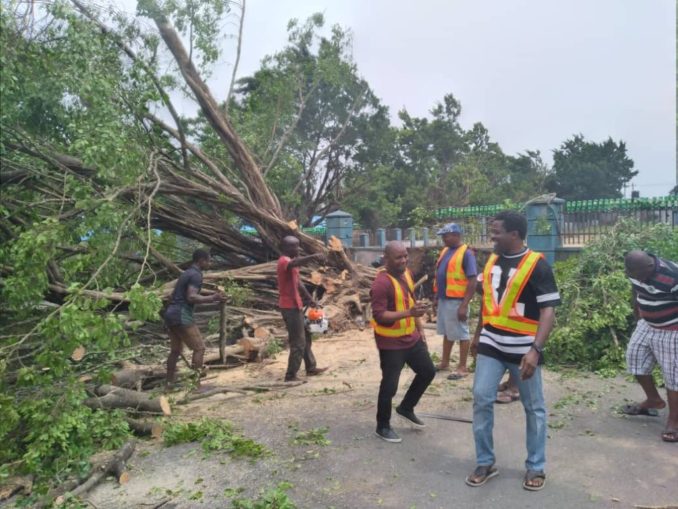 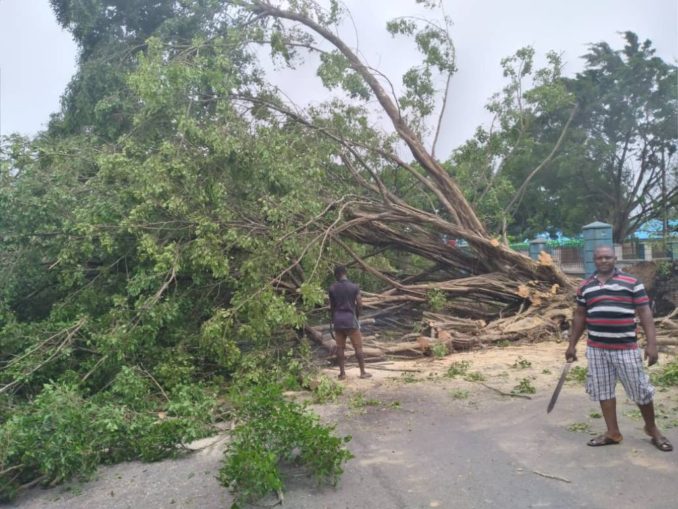