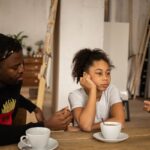 Investing in a universal guarantee of affordable childcare for all families until the end of primary school has long been seen as a route to raising educational attainment, narrowing the gap for disadvantaged children and helping achieve equal pay for women.

Now a new report has found that it would also yield a double dividend to the economy, through the resulting increase in parents returning to work, or extending their hours.

This alone would boost parents’ wages by £13 billion a year, according to the report, published by IPPR and Save the Children. That would be on top of the direct economic impact of extra government spending.

Increased parental working would enable the Treasury to recoup an extra £8 billion a year from increased tax and national insurance revenues and from lower social security payments. Today’s report calls for a ‘universal childcare guarantee’ – a comprehensive offer of affordable and accessible care, for all children from the end of parental leave until they leave primary school. This would replace the current incomplete patchwork of childcare entitlements, benefits and allowances for working parents.

It would mean some 700,000 households with 1.6 million children could see their incomes rise, with the largest gains flowing to households on the lowest incomes. At the same time families would save between £620 and £6,175 a year on the eye-watering current cost of childcare, depending on their circumstances (see Note 5).

With more women able to return to full-time work, they would progress further and faster in their roles and the gender pay gap would narrow as a result, with lone parents and the parents of younger children standing to gain the most. This would mean an overall boost to the productivity of the UK workforce, according to the researchers, at a time when there is a shortage of workers across the economy.

Investing in more childcare provision in England would also create an estimated 130,000 additional jobs in early years education and care.

Members of Save the Children’s Parent Campaigner Network described to researchers how the current system creates obstacles to their returning to work.

“If I can’t afford the childcare, I just can’t go to work – there’s no choice,” said one. “You kind of feel like you can’t reach your potential,” said another. A third parent said: “I’m always either earning a couple of pounds more than my childcare, or I’m losing out.”

Tasha, 39, from Wiltshire, said: “I used to work full time but after my fourth child, I was advised it was better financially not to be working because the cost of childcare meant there was more outgoing than coming in.

“And now I am stuck. The people at Universal Credit told me I have to go back to work, but how can I when that means I can’t afford childcare? What I would earn on minimum wage full time is what I would need to pay for childcare. All our money goes on childcare, what are we left with for bills?”

The report sets out detailed changes that would be needed to deliver the promise of universally affordable and accessible childcare that millions of parents badly want, spanning 10-plus years from the end of parental leave.

These would range from expanding free childcare hours for the under-twos to introducing wraparound care from 8am to 6pm for school age children, including outside term time (see details in note 4), and should be introduced in stages, the report says.

The total cost of this investment would eventually be £17.8 billion a year, partially offset by the £8 billion a year direct gain for the public purse from additional parental working, and a further £2.1 billion savings from closing existing schemes that would no longer be needed. IPPR suggests the difference could be funded through new tax measures (Note 6). Costs are likely to fall over the next decade as primary school pupil numbers are expected to decline.

“A universal and affordable childcare guarantee from ages 0 to 11 would deliver a step change for millions of young children and their families, giving more children access to high quality early years education, while helping to grow the economy, and grow families’ incomes.

“The double dividend it would bring to the UK economy through higher wages, stronger tax revenues and greater productivity would itself be a significant return on the investment, and comes alongside the financial boost to young families from falling childcare costs, giving more parents the option to return to work sooner or increase their hours.

“A universal childcare guarantee would begin to level the playing field for women at work and close the gender pay gap, while levelling up on critical early childhood development by offering every child access to more, high quality early education.”

Sam Freedman, senior fellow at the Institute for Government and a senior adviser to Ark Schools, co-author of the report, said:

“The early years system is broken. It’s confusing, and extremely expensive, for parents. Most staff are paid at minimum wage levels. And the best provision is targeted at children from the wealthiest areas. Increasingly nurseries are run by private equity firms.

“A Universal Childcare Guarantee would be a huge help to families, but it would need to be accompanied by an overhaul of the market to ensure the funding went on better quality provision and higher wages rather than private equity profits.”

Becca Lyon, head of child poverty at Save the Children, said:

“Parents we speak to, regardless of their income, are crying out for the childcare system to change. There is a real chance here to be bold and invest in children and future generations to come.

“If made a reality, a Universal Childcare Guarantee would be life-changing for families – creating an easy-to-use childcare payment system for all, dramatically cutting childcare costs, ensuring the nurseries their children love are properly funded, and providing free breakfast and after-school clubs when children are older. We owe it to children to give them the very best start in life and that begins by transforming our broken childcare system.”

“This detailed and thorough report is further evidence that the time has come for a new, modern childcare system – which would improve lives for every family.

“Labour will deliver a new system togive children the best start in life and parents choices, enabling them to get back into work or to increase their hours and give our economy the growth we need.

“The first step on the road to our modern childcare system will be to offer breakfast clubs to every primary school child in England paid for by closing non-dom tax loopholes, with councils enabled to open more maintained nursery provision.”

Childcare guarantee to age 11 would bring £13 billion extra boost to economy, finds report was published on FE News by The Institute for Public Policy Research (IPPR)