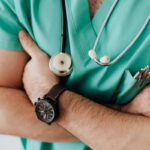 Social care workers have higher levels of job satisfaction and stronger job attachment than those in other low-paying sectors, but many have to contend with unsafe working conditions and unlawful under-payment of the minimum wage, according to new research published today (Thursday) by the Resolution Foundation.

The Foundation’s report Who cares?, supported by Unbound Philanthropy, combines new statistical analysis with findings from a series of focus groups with frontline social care workers, to shine a light on the nature of the jobs they do, the challenges they face, and the priorities for improvement.

The report finds that in April 2022, typical hourly pay among frontline care workers was £10.90 –below the economy-wide average of £14.47, and less than some of the rates offered in other low-paid jobs, including those in transport and call centres, as well as the average rate paid to public sector nursing assistants (£11.14 an hour).

Importantly for recruitment, the ‘pay premium’ social care workers historically commanded relative to most other low-paid jobs (reflecting the additional skills and challenges involved) has been slowly disappearing. The Migration Advisory Committee calculated that in 2011, the average care worker’s hourly pay was 5 per cent higher than other low-paid jobs. By 2021 that difference had fallen to just 1 per cent.

The frustrations of low pay were reflected in focus groups, where care workers said “You can basically get paid more at Lidl or Aldi” and that the pay was “the worst thing” about their job.

The report also shows that the scale of low pay is likely to be far worse than official data suggests – with unlawful under-payment of the National Living Wage potentially widespread. Domiciliary care workers (of which there were 620,000 in England in 2021-22) are rarely paid for their travel time between clients’ homes, despite this time being included in minimum wage calculations.

A typical domiciliary care worker earning £11.07 per hour and spending the average amount of time travelling between clients (equal to 20 per cent of their contact time – or 12 minutes for each contact hour) would, for example, be paid an effective hourly rate of £9.20 – 30p an hour below the adult minimum wage. While some of these workers do receive a mileage allowance, this is designed merely to cover the petrol costs already borne by the worker, and is not counted as pay when it comes to the minimum wage.

For care workers in residential homes – of whom there were estimated 445,000 in England in 2021-22 – issues surrounding understaffing, and resultant safety breaches, were a key concern. Focus group participants told the Foundation that, due to widespread worker shortages, tasks that require at least two people present were often being carried out by a single worker.

Despite these challenges, one of the most important findings from the focus groups was how social care workers deeply value their jobs. Participants spoke about how the role felt more like a “vocation” than a job, and about how much they valued the “rewarding” human connections they were able to form with their clients, with one worker stating that “knowing you’ve made a difference…puts a smile on your face.”

These findings are reflected in the fact that, in 2017 (the most recent year of data available), 88 per cent of social care workers reported they were satisfied with their job, compared to 83 per cent of those in other low-paid roles. Care workers are also more likely to stay within their sector than other low paid workers: less than half (47 per cent) of job moves made by frontline care workers are to leave frontline care, compared to two-thirds of the job moves made by workers in storage, leisure, call centres and cleaning.

However, this strong level of job attachment can be a double-edged sword for care workers, says the Foundation, as it leaves workers with little labour market power with which to demand better pay and conditions.

The Foundation says that Britain’s ageing society means that demand for care workers is likely to grow, and the damaging staff shortages likely to worsen, unless policy makers substantially improve the pay and conditions for care workers to make it a more attractive vocation for people.

To address these problems, the Foundation proposes:

“Social care workers fulfil a skilled and hugely necessary role in our society, and make a real difference to people’s lives. That’s why they love their jobs more than other low-paid workers do.

“But the danger is this sense of vocation and commitment comes with a high price, including unlawful under-payment of the minimum wage and unsafe working conditions for some.

“Addressing these problems isn’t cost-free but it is urgent given the chronic shortage of care workers. Improving working conditions in the care sector is the only route to making it more attractive for new recruits and giving our ageing society the level of care it deserves.”

“Social care workers put their lives at risk during the pandemic and are at the sharp end of the current winter pressures.

“They deserve to be treated with dignity at work – not like disposable labour.

“That’s why the TUC is calling for £15 an hour minimum wage as soon as possible. And why we are calling for unions, employers and government to work together on sector-wide fair pay agreements.

“This would help set fair levels of pay, training and employment standards for social care.

“The social care workforce is in crisis. We need a proper plan to fix it.”