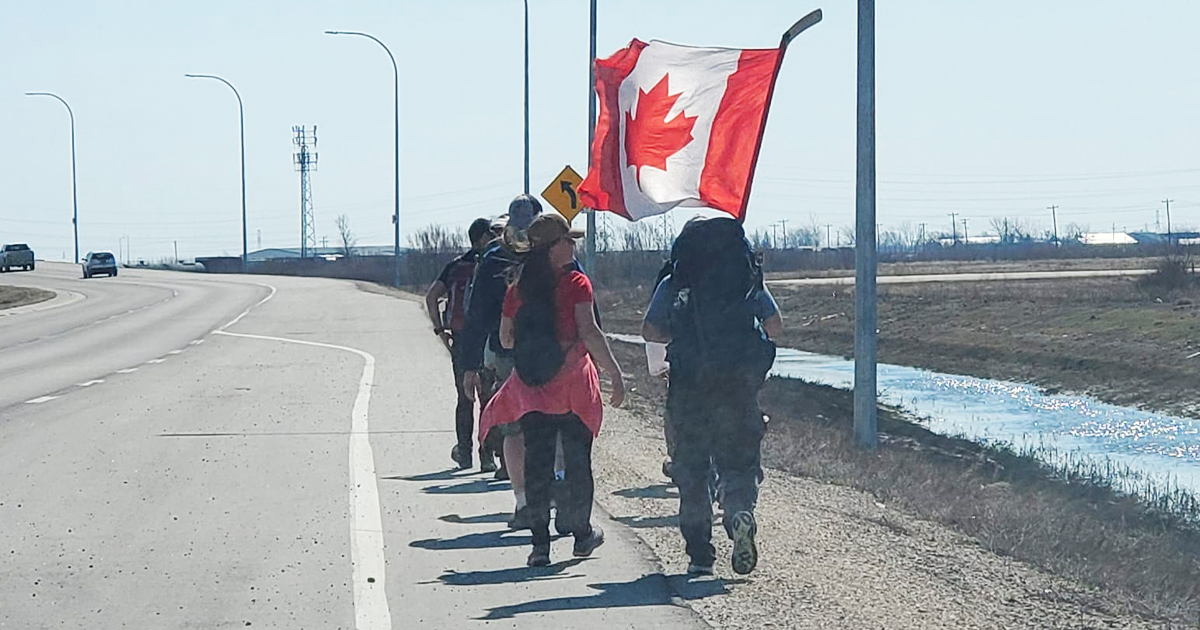 Canadian Armed Forces (CAF) veteran James Topp is reassuring supporters he has not been arrested after legacy media outlets reported on Wednesday he was being charged by the Defence Department for his protests against vaccine mandates.

Topp – whose military career has spanned nearly three decades and included tours in the Balkans and Afghanistan – began marching from Vancouver to Ottawa on Feb. 20.

He spoke from just outside Vermilion Bay, Ont. on Thursday, crediting the legacy media for finally noticing his 4293km trek and explaining that the charges stem from investigations into his original protests back in February.

“I just want to verify to everybody right here right now, I am walking around free as you can be in this society that we live in,” Topp said in a Facebook video.

“Do not mistake these for charges being placed against me by any police service in this country. These are charges that have been placed against me because I went out in uniform and made statements critical to vaccination mandates and mandates in general. So, this is why I’m being charged.”

“So, I am walking around – marching around – and we continue to go to Ottawa because that’s what we’re doing, and that’s our mission. So please get the rumor mill under control.”

Topp now faces two charges under section 129 of the National Defence Act – involving counts of conduct to the prejudice of good order and discipline – for speaking out against vaccine mandates while in military dress. The incidents occurred on Feb. 12 when Topp said he made the decision to appear in full uniform at the Pacific Border Crossing protest in Surrey.

“Anybody can stand there and beak off,” he told True North in an exclusive interview. “But the uniform was the only mechanism I had available to me with the strength of the convictions I now have to get the message out there to people to start doing something.”

“I took my uniform, got in my car, drove down to Surrey – the level of sheer terror I experienced was right up there with jumping out of an airplane.”

Topp then referred to a letter he had posted on his original website, titled “A Letter to Higher.”

“If I am to be punished for what I have said and done then I accept that,” the letter reads. “While I lament what has happened to this country and the direction that our society is going, as it becomes enslaved by the technology that has the potential to uplift us, I go to the gulag with the…