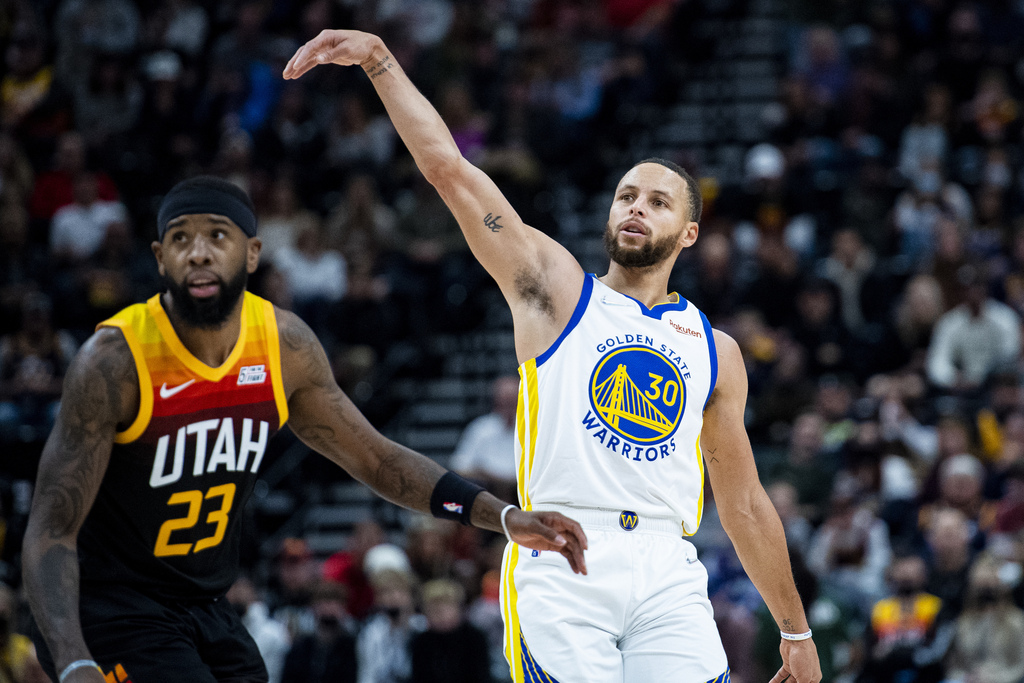 SAN FRANCISCO — The Utah Jazz are the Golden State Warriors’ next challenge up without Draymond Green active. Good news for them, though. They’ve already beaten the Jazz this year without him.

That game kicked off 2022 with one of the Warriors most inspiring wins of the season. Green sidelined due to health and safety protocols, the Warriors overcame some sloppy defensive play with a symphony of clutch shots in the fourth quarter in front of a loud road crowd in Salt Lake City.

Now playing some of their most uninspired, sloppy and un-clutch basketball this year — the Warriors will need to recreate some of that New Year’s Day magic to best Utah without Green again. The Warriors squeezed out a win against the Houston Rockets on a Steph Curry buzzer-beater, sparking a little magic. Could the next game be the one that breaks Golden State out of their funk?

What needs to happen?

How can Golden State counter Rudy Gobert and the Utah defense?

Green’s absence leaves Golden State without their best defender against one of the top offenses in the NBA.

The Jazz’s offense runs on a steady diet of three-pointers anchored by Rudy Gobert at center. The seven-footer may be able to get what he wants in the post and on the boards against an undersized Warriors team — he collected 20 points and 19 rebounds against the Warriors on Jan. 1 — but the Warriors can counter on their offensive end by spacing the floor.

Ultimately, getting Gobert out to the perimeter would put Utah in its weakest defensive position. With a shaky perimeter defense already, forcing Gobert out of the paint takes away their strongest line of defense. The Warriors could take advantage with a hot shooting night.

That may begin with Otto Porter Jr. starting at the four over Jonathan Kuminga, a string head coach Steve Kerr pulled in their previous head-to-head. Porter Jr. did well against the Jazz earlier this month, finishing with 20 points on 9-14 shooting.

Late-game heroics flipped him into the spotlight. Typically used as a catch-and-shoot stretch four — he’s shooting 38.2% percent on catch-and-shoot threes with a 56.4 field goal efficiency — Porter Jr. hit a handful of midrange shots to get the Warriors over the edge in a tight fourth quarter.

If Porter Jr. can offer some shot creation versatility along with his three-point threat, that may pull Gobert out from the perimeter and weaken the Jazz’s defense against them. Ultimately, the Warriors will need to find some shooting rhythm.

The Warriors’ success stems from a high volume of three-point shots — yes, even a team with Steph Curry and Klay Thompson has taken more threes this year than in any season previous. But efficiency from three has tapered off; since their Christmas Day win against the Phoenix Suns, the Warriors are shooting 32.6% from three as a team, good for fifth worst in the NBA.

Winning will come more easily when that percentage shoots back up closer to the 36.7% they shot from the beginning of the year until Christmas, ranked sixth best in the NBA over that span.

If Klay Thompson, Jordan Poole, Andrew Wiggins and Steph Curry can find their stroke behind the arc, they may be able to get into a shooting match and find an edge with their defense.

What about the defense?

The Warriors’ defense separates them from other top teams, but they have been sloppy and slow on defense in Green’s absence. Back-to-back ugly games against the tanking Indiana Pacers and Houston Rockets saw missed defensive rotations, 34 turnovers, a missed foul opportunity with a win in the balance and too many fouls.

The Warriors had a fouling problem against the Jazz in their last match-up, too. Kevon Looney’s foul count ticked up quick with a few illegal screen calls, then the whistles blew throughout.

They’ll have to keep those fouls and turnovers at a minimum and tighten the screws back up against the Jazz, who lead the league in shot efficiency — their 56.0% is second to Golden State’s 54.6% — and take more three-pointers (15) per game than any other team, shooting them at a fourth-best 36.3%.

Most notable in the Warriors last win against the Jazz: Clutch Curry. Rarely has Clutch Curry appeared this season. He showed up as the red light flashed on Friday, just in time to secure a nail-biting win against the Houston Rockets. But the guy who can demoralize and bury an opposing team with a flurry of three-pointers in a matter of seconds? He’s been mostly missing in action the last few weeks.

Against the Jazz on New Year’s Day, too, he gave us a throwback. Slow to start the game, Curry came alive after he buried a 30-footer to tie the game in the fourth quarter. A jumper and one three-pointer drained after weaving through a crowd of defenders put the game away. He had 28 points on 8-18 shooting.

As we saw Friday and against the Jazz last, Curry always has the keys to flip the Warriors’ switch. 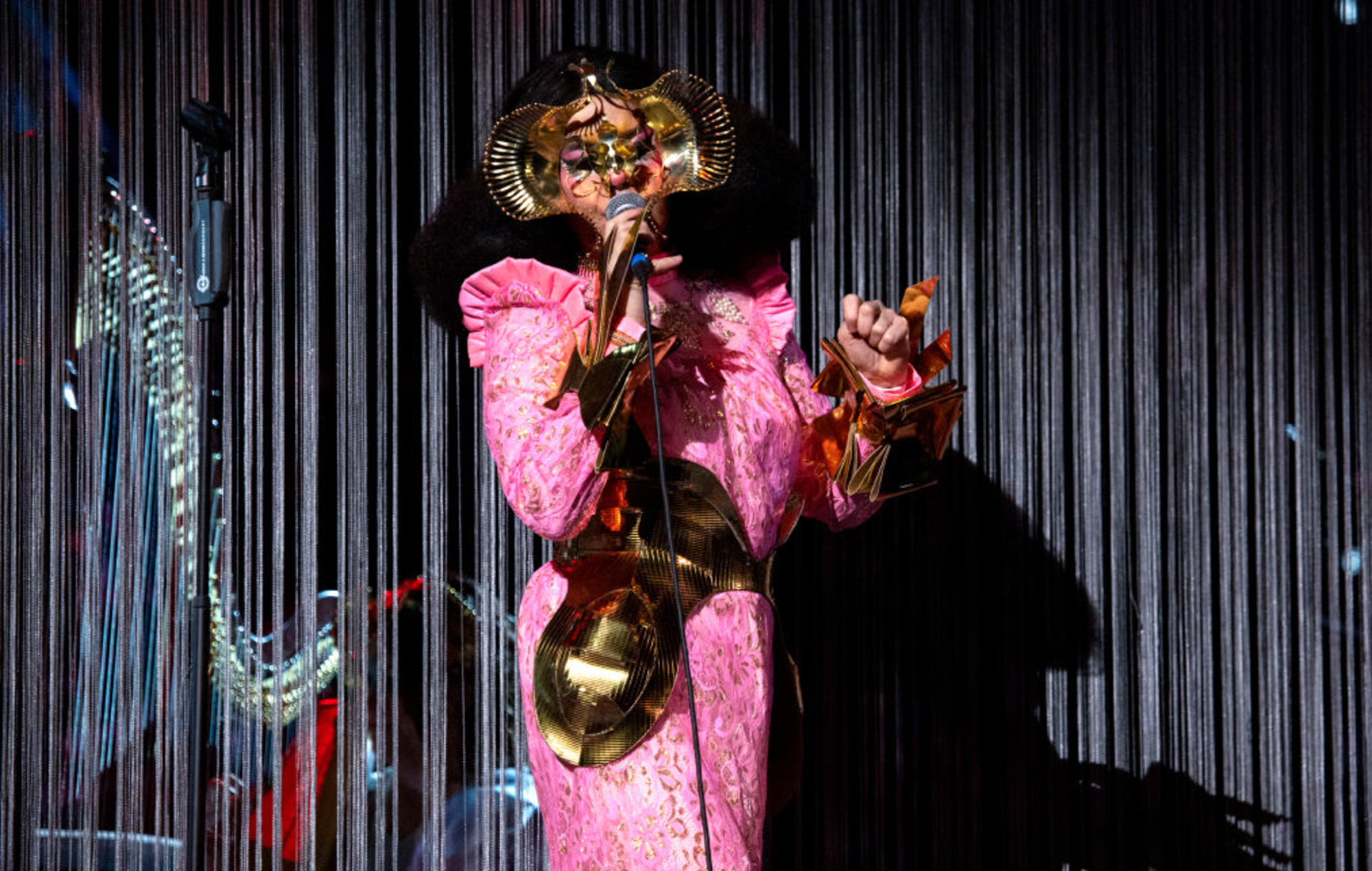