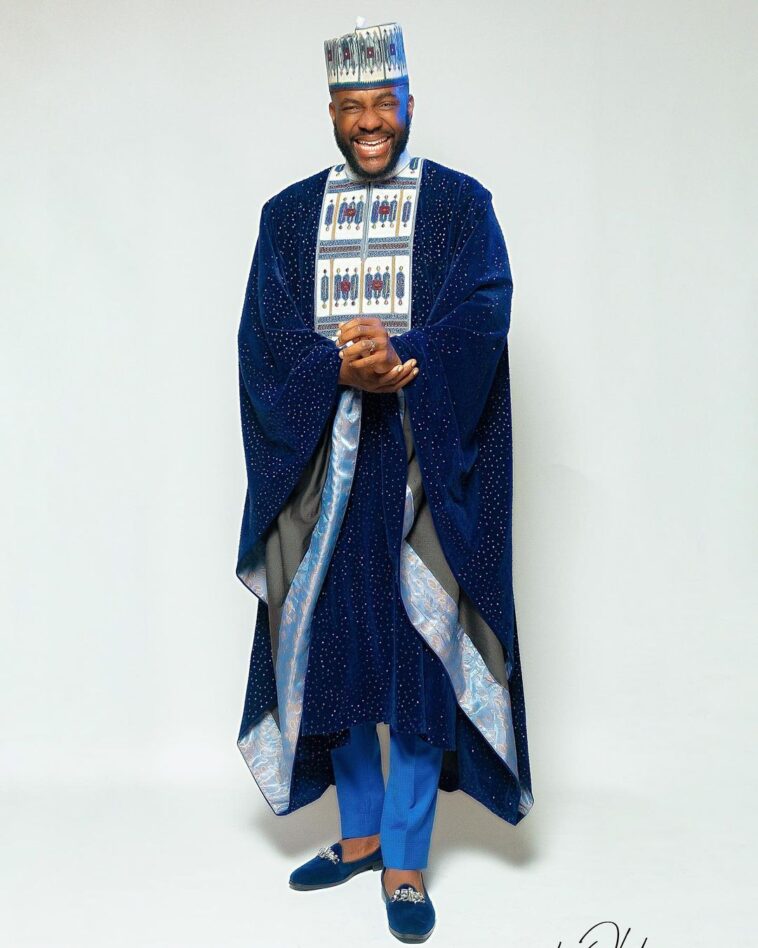 Since the show’s inception in 2006 and its relaunch in 2017 after a long hiatus, BBNaija has significantly elevated participants’ careers across different entertainment and creative industries, which has contributed to Nigeria’s Gross Domestic Product (GDP), currently worth 45.3 trillion Naira. 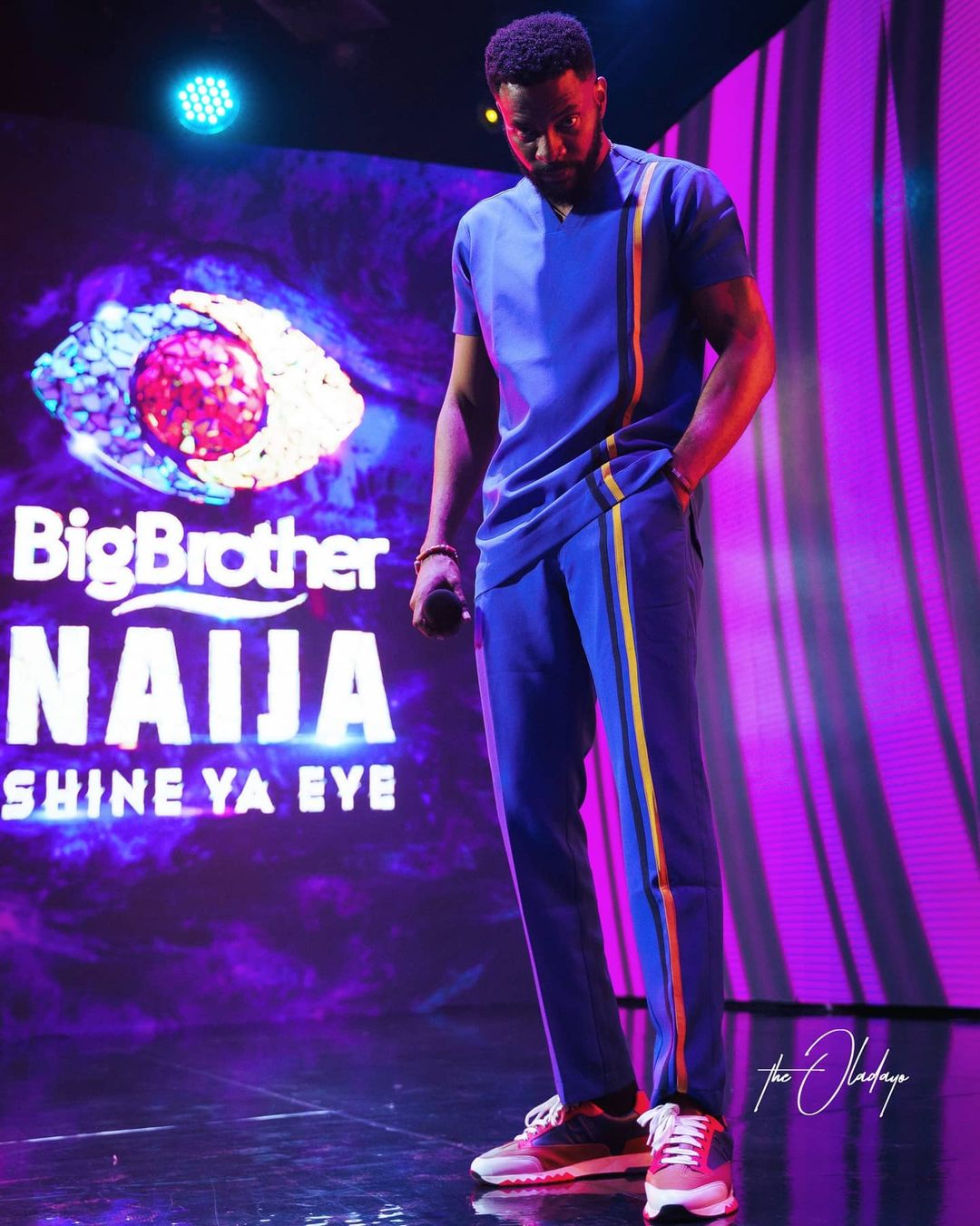 John Ugbe, CEO of MultiChoice Nigeria, organisers of BBNaija, told Netng that “during the lockdown edition, Big Brother Naija Season 5, we spent over 3.5 billion Naira. That’s money that goes into the economy.”

One of the sectors BBNaija has massively contributed to is Nigeria’s fashion industry. It has redefined the sector’s business model. Its host, Ebuka Obi-Uchendu, perpetually cuts a dash, ensuring that millions of viewers who watch the BBNaija show are influenced by his elegant outfits. The compère extraordinare no doubt influences new fashion trends and motivates several Nigerian youths to patronise local fashion stylists. 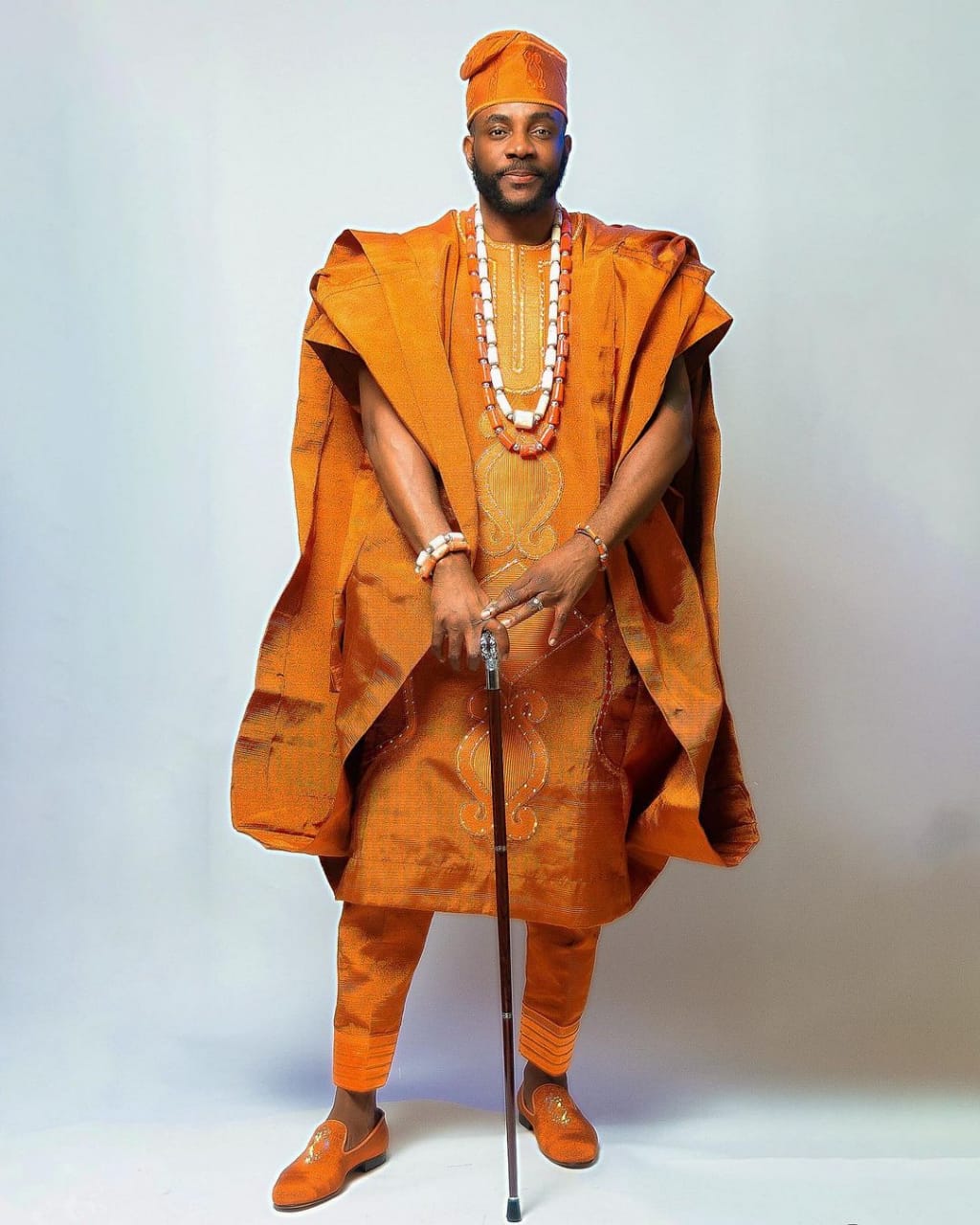 A BBNaija report by Plaqad in 2021 shows that over 34% of viewers concede that Big Brother Naija has helped them record new business ideas and revenues, pushing the frontiers of Nigeria’s fashion industry which is valued at $4.7 billion, according to Euromonitor.

In the first-ever Big Brother Naija documentary, ‘BBNaija: The Fame, the Fans, the Frenzy’ which was premiered at the ninth edition of the Nigerian Entertainment Conference (NECLive9) on Friday, April 29, 2022, Ebuka Obi-Uchendu said, “BBNaija gives you the platform to show the world what you’ve got.”

Ebuka, who emerged as the 8th runner-up, was a BBNaija housemate in 2006. However, by hosting the show’s grand opening nights since 2017, Ebuka showcases to the world his uncanny fashion taste through his appearance in elegant tuxedos and creative traditional outfits mostly styled by the prestigious, Leeds-based, Savile Row Academy-trained designer, Mai Atafo. 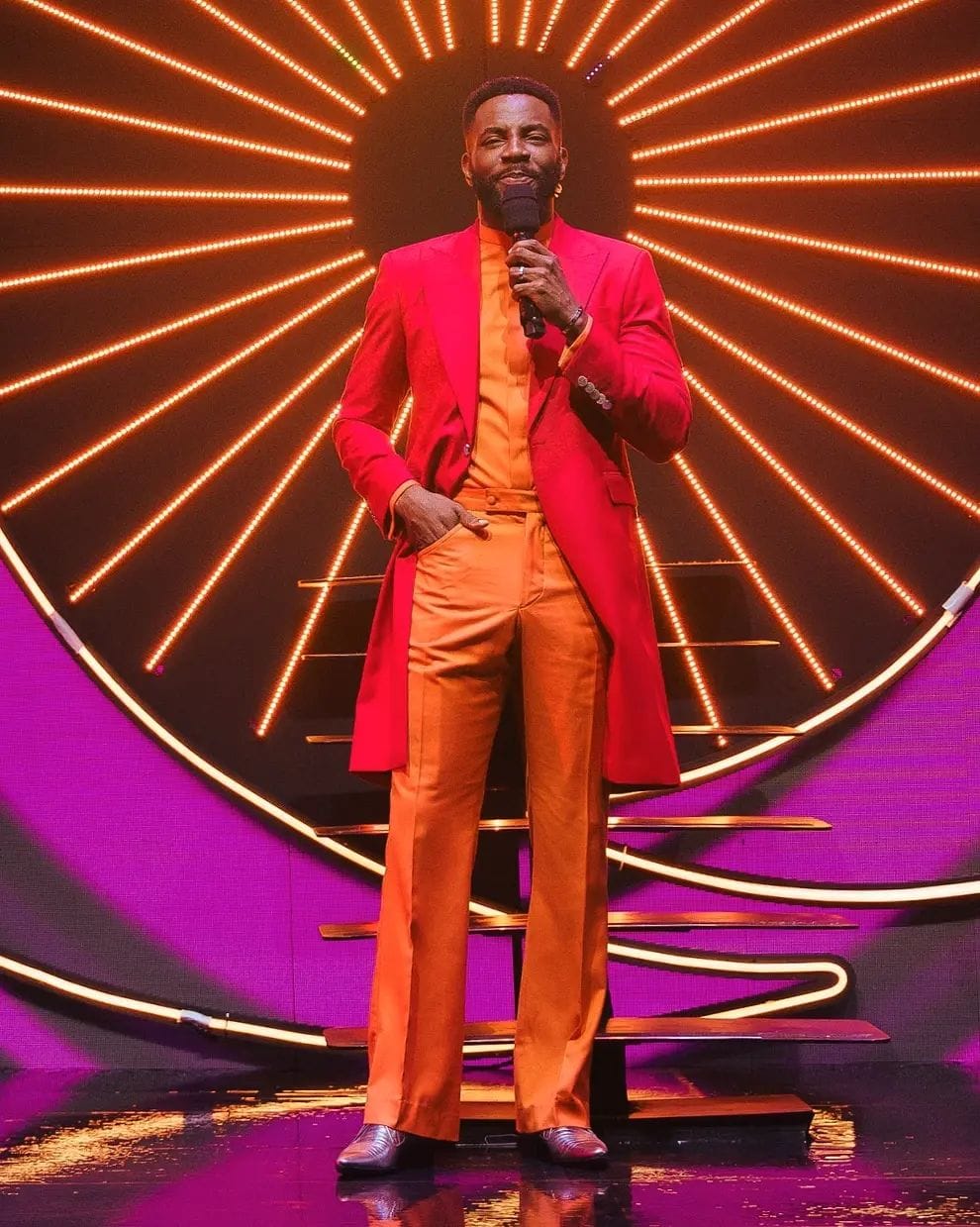 For his first appearance as the host of the show in BBNaija season 2-themed ‘See Gobe’, Ebuka rocked an elegant navy blue tuxedo with a black velvet peak lapel. For the next season themed ‘Double Wahala’, he went on to make an even bolder fashion statement in a pink Jacquard Shawl lapel tuxedo, paired with black trousers.

During the BBNaija season 4, themed ‘Pepper Dem’, he cemented his place as a ‘fashion god’ as he opened the show in two elegant outfits. First, he wore a tuxedo covered in Swarovski crystals and paired it with grey pants. That same night, he rocked a black suede agbada embellished with floral designs and a matching cap.

Of course, his next grand opening look for BBNaija 2020 Lockdown edition again set standards for men interested in Nigerian fashion as he rocked a glittering neutral-toned tuxedo. 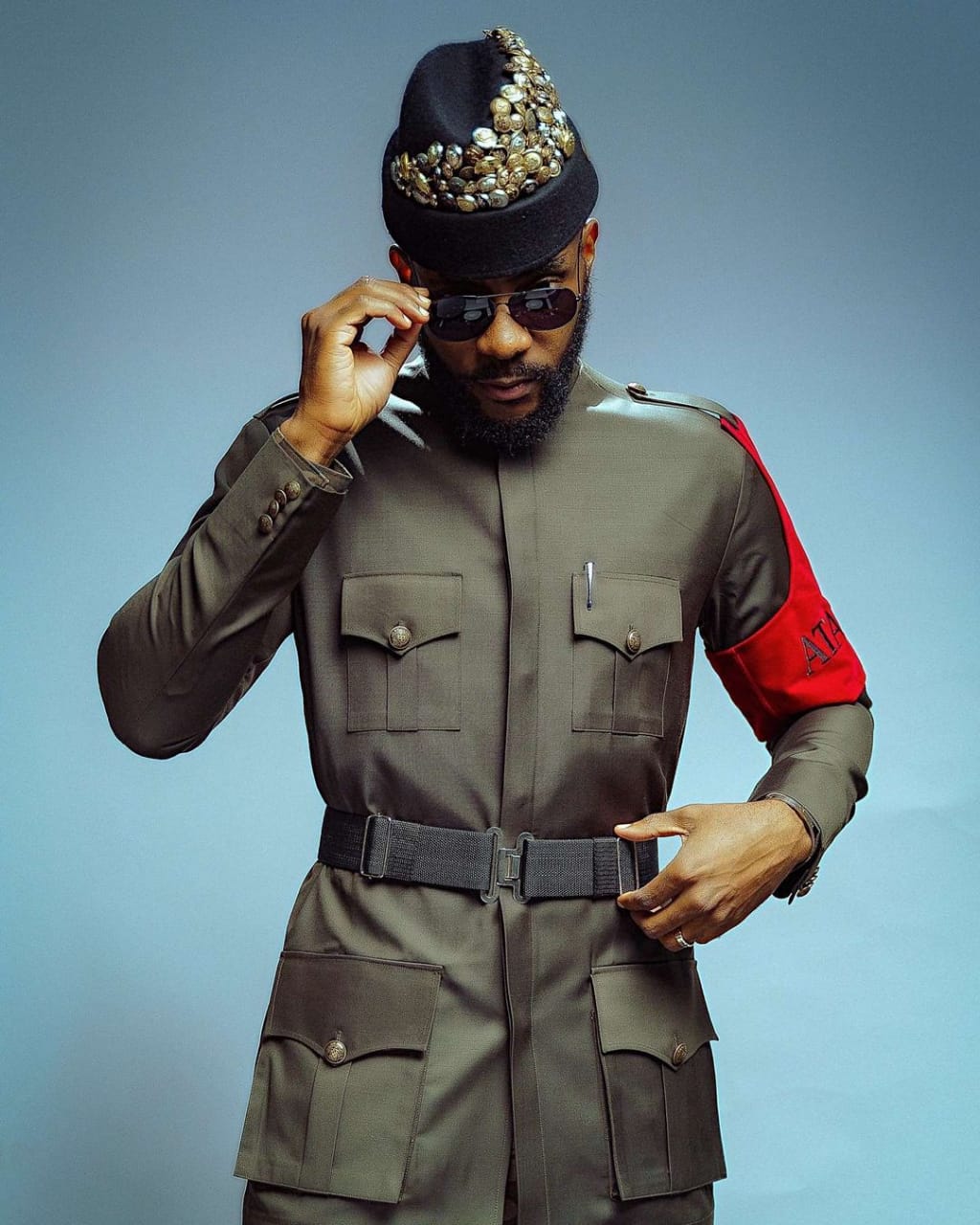 To launch the opening show of BBNaija season 6, themed ‘Shine Ya Eye’, Ebuka sparkled from the fusion of African and western outfits. His first outfit was a white suit with matching pants designed with intricate African embroideries, while the second was a Calabar traditional attire creatively paired with a custom-made double-breasted jacket.

There is no denying that Ebuka is constantly raising the bar in the men’s fashion game through BBNaija, and for this year’s opening night, it will be no different. The esteemed host will likely wow the audience in an edgy African agbada and a custom-made suit that would remain the talk of the fashion season.

Wouldn’t you keep up with Ebuka’s stylish moments on BBNaija season 7? I, for one, would.

The biggest show in Africa premieres on July 23 and 24 on DStv, channel 198 and GOtv channel 29, with a simulcast on Africa Magic channels.