Bandits attack Immigration base in Jigawa, kill one officer, injure two others

The Jigawa Command of the Nigeria Immigration Service (NIS) has said that suspected bandits have killed one of its officers and injured two others in the Birniwa Local Government Area of the state.

The Comptroller of the NIS in the state, ACG Ismail Abba, confirmed this when he briefed newsmen about the incident in Dutse on Wednesday, August 10,

Abba said the incident occurred on Tuesday at about 11:20pm, when the bandits attacked one of its patrol bases on Birniwa-Galadi axis.

“On arrival, they opened fire on the Immigration staff on patrol, which resulted in the death of one of the staff named Abdullahi Mohammed (CIA) and another two of the team members sustained serious bullet wounds; they are Abba Musa Kiyawa (DSI) and Zubairu Garba (AII)

“As a result of heavy exchange of fire, the bandits fled into the bush and abandoned their motorcycles and handset (Techno T5 mobile phone).

The comptroller added that the injured staff were taken to the hospital for medication and observation, while the deceased officer had been buried.

According to him, the abandoned motorcycles and mobile phone would be handed over to the police for further investigation and action.

“I must commend the officers for their gallantry in repelling the attackers that made them take to their heels and abandon their motorcycles and phone.

This shows that the NIS is willing and ever ready to defend the nation and will not relent in the fight against crimes in the state,” Abba said. 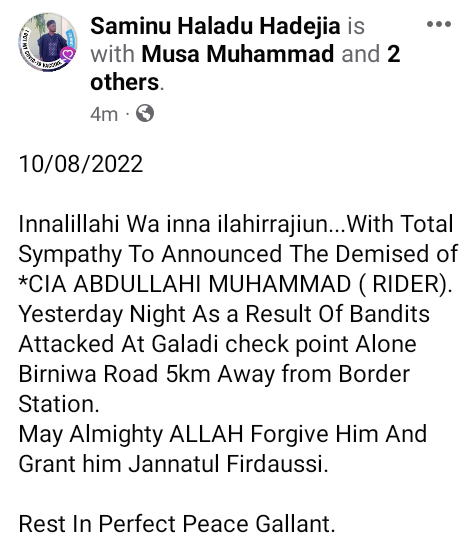 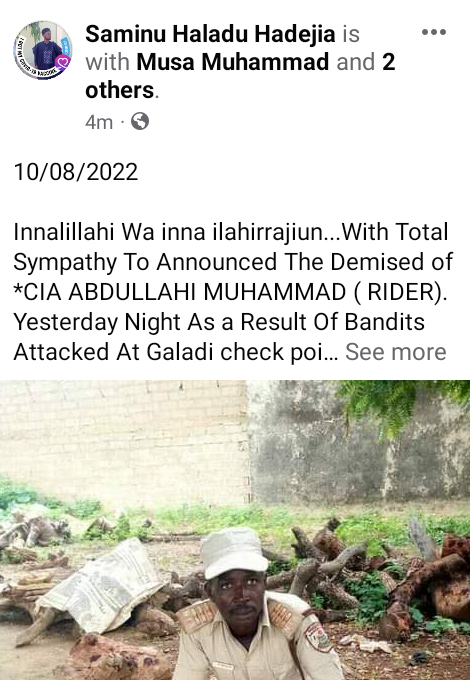