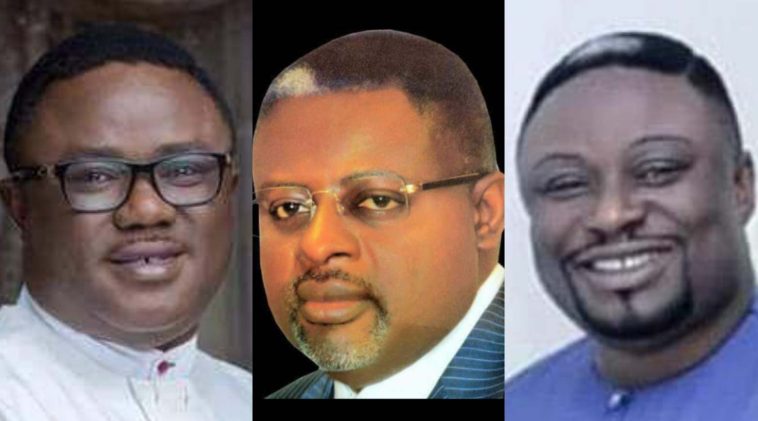 Senator Prince Bassey Edet Otu, former Senator representing Cross River State Southern Senatorial District has debunked the news making the round that Governor Ben Ayade and his brother, Dr Frank Ayade have named him as a successor to take over the State’s Government House, come 2023.

In a press release signed by him on Thursday, February 10, 2022, and made available to THE PARADISE NEWS, Prince Otu described the publication which also stated that Ayade demanded N1.5 billion and N500 million from him and his supposed deputy, as malicious.

Prince Otu, an APC Chieftain who dissociated himself from the publication, said Ayade has an image and should not be dragged to the mud.

“My attention has been drawn to a maliciously false and completely distressing publication dated Monday, 7th February 2022 by a news site named estreetontv to the effect that His Excellency, Senator (Prof) Ben Ayade, Governor of Cross River State and his brother, Dr Frank Ayade, have finally settled and zeroed in on me as his choice of a successor as he prepares to vacate office in May 2023.

“The malicious publication also opined that His Excellency has demanded a whopping N1.5 billion from me and N500,000,000 from my supposed deputy, said to be a serving commissioner from the Central Senatorial District of Cross River State. I wish to categorically dissociate myself and my political movement from the said publication.

“Ordinarily I do not respond to mischief and frivolities but because this has to do with the character and reputation of my leader and Governor whom I hold in the highest esteems, I am now compelled to react.

“I hereby state with every humanistic integrity that I have laboured to build over the decades that, at no time did His Excellency, Senator Ben Ayade ever asked, suggested or even been remotely connected with such an unpatriotic thought. This highly invidious publication is undoubtedly the destructive handiwork of political neophytes, enemies of progress and discredited individuals or groups who want to destabilise the system for their own selfish ends.

“Governor Ben Ayade, since he came on board as the state number one citizen, has demonstrated an uncommon capacity for hard work, integrity, innovation, patriotic zeal, political maturity and a gallant display of humaneness which has set him far above others. His political philosophy of politics with ethics is largely responsible for the stability and peace we have today in Cross River State

“His Excellency has demonstrated without any iota of doubt, that he is a man of integrity who would not stoop low to sell or bargain with anybody or group, the sacred office he has been entrusted with since 2015.

“Governor Ben Ayade is clearly in a class of his own and over time, his high patriotic zeal and fervour cannot be a subject of debate. The political times are tense and political charlatans, discredited individuals and groups are trying everything possible to bring the state to disrepute. We must all join hands and resist their myopic antics”, Sen. Otu stated.

The former Lawmaker hinted at Ayade’s decision on zoning the Governorship ticket to the Southern Senatorial District. He said even though the Governor has taken a stand, it won’t be for sale.

He said: “Ever since the political train started making its way across the 3 senatorial districts of the state, His Excellency has made it abundantly clear that for the sake of justice, fair play and equity in the land, his successor will be chosen from the southern senatorial district, but this does not in any way, translate to bargaining the future of the state in financial terms with anybody or group.

“The Governor Ben Ayade we have all been privileged to know and work with certainly does not portray the picture of a man who would build an enviable state and turn round to sell it to anybody”.

Sen. Otu called on “every Cross Riverian, politician and groups to totally disregard the said publication, as it is the imagination and handiwork of wickedness from the pit of hell”.