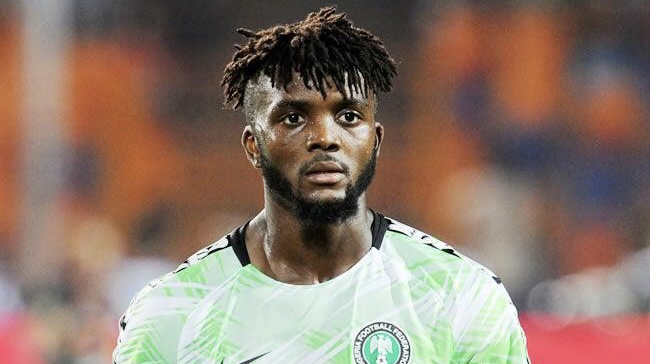 Interim coach, Augustine Eguavoen, on Friday said Super Eagles defender Chidozie Awaziem was yet to recover from an ankle injury.

Eguavoen, while fielding questions from journalists, said that Awaziem was nursing an ankle complaint that would see him miss Saturday’s clash against Sudan at Roumdé Adjia Stadium, Garoua.

The Alanyaspor central defender has not been spotted in public since the final workout of the Super before they took on Egypt.

He also missed the team’s last two training sessions, fueling speculations in some quarters that he had tested positive for COVID-19.

Eguavoen expressed the hope that Awaziem would join his teammates in training.

“Hopefully soon, that is beyond my control. I think if the medical staff were here now they will certify him fit to be back on the pitch.

“Awaziem is still down, he has an ankle injury as I know and he is going to be back very, very soon,” he said.

The former Porto star was not at the stadium during Nigeria’s opening game against Egypt on Tuesday, January 11, and was also not part of the team’s training session on Friday (today).

Meanwhile, CD Leganes central defender, Kenneth Omeruo, has been given a clean bill of health to face the Sudanese.

He participated fully in the training session after his injury-enforced substitution in the closing minutes of the match against Egypt.

Table-toppers Super Eagles on three points face Sudan on one point on Saturday from 5.00 p.m.

Egypt, who currently sit at the bottom of Group D table with no point, will be looking for redemption when they take on Guinea Bissau from 8.00 p.m.