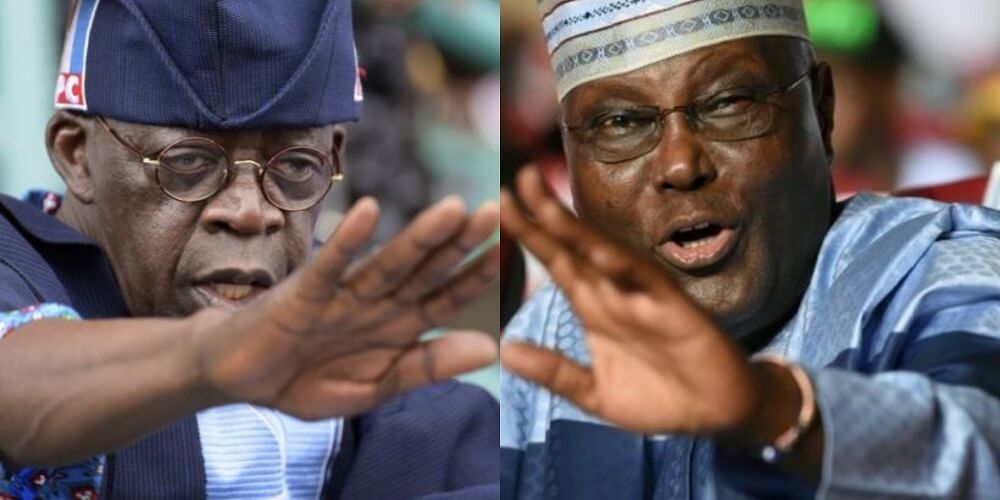 Former Lagos governor and Presidential Candidate of the All Progressives Congress (APC) in the 2023 general elections, Asiwaju Bola Tinubu, has said it was the former Vice-President Atiku Abubakar that offered him Vice-Presidential slot in 2007.

Tinubu said this in response to Atiku’s claim that he rejected Tinubu as his running mate because he didn’t like a Muslim-Muslim ticket.

Atiku said Muslim-Muslim presidential ticket was the bane of his “fundamental disagreement” with Tinubu and he was forced to part ways with the former Lagos governor over his insistence to be his running mate in the 2007 presidential election.

“My fundamental disagreement and political departure with Asiwaju [Tinubu] since 2007 was due to the Muslim-Muslim ticket. Remember, I opted out of PDP because of zoning, and together with Asiwaju we formed AC.

“Tinubu wanted to be my running mate when I was given the AC presidential ticket in 2007, but I disagreed. And because of that, he switched his support to the late Umar Yar’Adua. That was the parting point,” he had said during an interview aired on ARISE TV.

However, Tinubu faulted Atiku’s claim in a statement issued on Saturday by his media aide, Tunde Rahman.

The APC candidate said Atiku knew nothing about the formation of AC at the time, adding that after he clinched the ticket, Atiku offered him the vice presidential slot.

“We are saddened to see such a man become unhinged from the truth. So obsessed is he with his quest for office, Atiku is willing to render any form of untruth if he thinks it might gain him a single vote. Atiku may want to be president. However, all he has shown is that he is pathological.

“Whatever moral compass he had has been lost. During a 22 July television interview, Atiku assaulted historic truth by lying that he did not name Tinubu as his running mate in 2007 on the Action Congress ticket because Atiku did not want a Muslim as his running mate.

“It was the actual founders of the AC who offered the party’s flag to Atiku because of the need to fight the authoritarian designs then President Obasanjo and the PDP had on Nigeria’s democracy. At that moment, Atiku had been unceremoniously pushed aside, if not out of the PDP by Obasanjo. We needed to rally all forces to confront the one-party state Obasanjo had in mind. Atiku was simply a beneficiary of this collective duty to fight the attack on multi-party democracy the PDP had launched.

“I feel sorry for dear old Atiku. Love of his own ambition has eclipsed his relationship with the truth and an honest account of the past. We formed the AC without his knowledge. When President Obasanjo virtually exiled him from the PDP, we lent him our support by giving him the AC platform for the 2007 election.

“Let me say openly that Atiku offered me the vice presidential ticket in 2007. Let me also say that my religion has not changed. When he offered the position to me, I was a Muslim and I believe he was aware of my religious faith at the time.

“Atiku’s calculations and deceit had nothing to do with religion or his sensitivity to it. His conduct has everything to do with what we discovered about his paucity of character and love of intrigue,” the read.