Whenever the academic staff union of universities (ASUU)calls off its strike, we all begin to countdown to the next. That is because we know the government will fail to commit to the agreement, and ASUU will always be ASUU. Everyone is fed up with this fruitless cycle, and it is time for the union to renew its tactics. ASUU wants to renegotiate the 2009 agreement – which was built on a 2001 agreement – and it is an excellent idea.

The union should begin to study an agreement that will ultimately reform the university sector. A reform that willrelieve the government of its university financial and bureaucratic burdens should be a deal that is too good to refuse. The agreement should not create an avenue to increase student tuition fees. However, it should be a deal in whichacademic staff receive competitive wages similar to their colleagues employed by private universities.

Based on recent global advances, reforms are necessary for a thriving university system to succeed. For this reform to work, ASUU must work alongside university leaders, student unions, government agencies and seasoned professionals from a specific discipline to design a feasible proposal. Therefore, as ASUU renegotiate the FGN-ASUU 2009 agreement, theyshould propose the following four autonomies as part of higher education reform in the country.


First, ASUU should negotiate for full academic autonomy for individual institutions. Academic autonomy will reformNigeria’s education system. And it is vital for any university’s success. Universities must be able to make decisions on academic matters, like quality assurance, academic content, the introduction of degree courses, the teaching instructionlanguage, and student admissions.

The quality assurance system is an essential accountability tool, but the process is taxing and bureaucratic. These include accreditation, programme evaluation and other forms of academic audits. Academics may frown upon the bureaucracy, especially non-academics or external agencies like the national universities commission (NUC). In renegotiating, ASUU should recommend that individual institutions choosetheir quality assurance regimes and the appropriate providers. A fundamental academic autonomy is the capacity to plan and design the various course contents. Of course, there is an exception for regulated professions like medicine, pharmacy, architecture, accounting and general system engineering, for which compliance with national legislation is mandatory.

Universities should agree to design and offer academic courses without outside interference. They should be able to select the medium or language of instructions they feel is appropriate. The independence to choose a teaching language is essential in the context of institutional internationalisation strategies. Another fundamental aspect of a university’sacademic autonomy is the freedom to specify overall student numbers and set admission criteria. The implication for study places is essential for the finances and profile of an institution. The agreement will overlap with the functions of the joint admissions and matriculations board (JAMB) which will be part of the restructuring. However, having the autonomy to decide on the number of students will contribute meaningfullyto certifying teaching excellence. It will also align student interest with the courses offered.

If the union successfully negotiates academic autonomy with the government and each university’s management, universities will have the ability to pursue their specific mission flexibly. The agreement will also be able to attract international students and international research collaborations. They will compete with private universities and generate additional income for the institutions.

Secondly, ASUU should negotiate for staffing autonomy. It seems like Federal Universities have this autonomy, but in many cases, it is unclear. The proposal should also give each university autonomy to decide on issues related to human resources management. These include staff salary levels, recruitments, dismissals and promotions.

Competing in a global higher education environment involvesuniversities hiring academics and administrative staff who are most suitable and qualified with little interference from external bodies. Such issues are common for State universitiesin Nigeria. Also, if universities can set their salary levels,attracting a competitive and excellent international workforcewill be much easier. University employees should not be considered civil servants. Staffing autonomy can enhance an institution’s independence in promoting and dismissingpersonnel. This autonomy gives universities a competitive advantage in staffing issues. Achieving staffing autonomy will remove all the complications of potential crises with the federal government. Therefore, the union will find it more beneficial if they negotiate within their institutions than with a vacillating government. It will be good to clarify this autonomy to avoid issues such as academic professorial appointments or individual cases of harassment.

Third, ASUU should negotiate for structural autonomy. It means universities should have the independence to decide on their internal organisation, like decision-making bodies, legal entities, internal academic structures, and executive leadership.

Fundamentally, university governing bodies consist of bodies like the senate, board of governors or a council. Some have a combination of these bodies. These bodies form to agree on long-term strategic issues, like university policies, budget, and academic matters, including staff promotions and curricula. It will be better not to have an external member in the governing bodies to universities have their say in the fundamental academic decisions. Individual universities should be free to create profit and not-for-profit legal entities. This autonomy will be directly linked to an institution’s capacity to determine and pursue its creative and strategic path. ASUU should also negotiate legal guidelines for universities to independently decide on the appointment of their executive head, the length of their term of office and grounds for dismissal. Universities can do without the NUC and the National Assembly in their decision-making bodies.

Fourth, it is in the union’s interest to negotiate for financial autonomy. Achieving this will allow each university to freely decide on its internal financial affairs.

With financial autonomy, each university will be free to keep a surplus and borrow money from the financial markets, facilitating long-term financial planning. Doing so will open up new private funding streams. The government will design financial sustainability measures for the sector to cap the borrowing abilities of each institution and how much surplus it can keep as a reserve. Autonomy provides universities the flexibility they need to fulfil their diverse missions most suitably. ASUU should understand that not everything can be agreed upon at once. If, for example, the government disagrees with the freedom for universities to borrow money, they should understand that it will not be a constraint for full autonomy, as is evident in European countries like Hungary, Norway, Portugal, Serbia, and Switzerland.

Since universities charge tuition fees, a significant percentage of university budgets are covered. The tuition fees will not rise as other sources of income expand. Therefore, the freedom to open up new private funding streams of investments is crucial in deciding on institutional strategies. A practical is the universities in the United Kingdom where about 25% of their income comes from home student fees. The rest comes from the higher fees paid by international students, government grants, charitable donations, and university investments. Contributions include research award funds. The ASUU university branches will negotiate their employee benefits internally, which will be competitive to allow employees to be more productive. These benefits will cover pension plans, healthcare, housing, and other vitalbenefits.

Finding agreement for financial autonomy will allow each institution to manage its resources independently. It will alsoenable an institution to design, set, and achieve its strategic goals. The negotiations should also allow public universities to continue to receive a proportion of their funds from the government. To avoid any form of duplicity, ASUU and the university management can negotiate an annual pre-allocated budget or block grant from the government funding as it is done worldwide. It could be done in value terms or as a percentage of fiscal expenditure.

These four autonomies can solve all the grievances presented by ASUU. The persistent strikes by ASUU for government to commit to consistent university funding, consider academic staffs’ salary scale and promotions, pay arrears andallowances, etc., will only be read in history books. Most importantly, it should be an offer the next government will not decline.

Finally, some of the leading Presidential candidates have experience in university education management. Two of themhave written their manifestos but have not considered how they can address the lingering issues of the union. It will be an excellent opportunity to nudge them to adopt this deal. 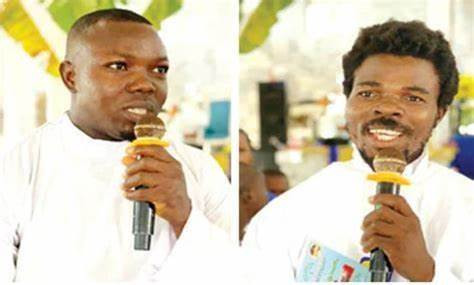