After a strong summer on the player transfer market, Arsenal now finds itself pushing for a Champions League place this season, and manager Mikel Arteta has finally begun to assert his tactical influence on the squad.

The Gunners are now firmly in the running for fourth place and they’re still in the mix for the Carabao Cup (League Cup), but there are holes in the squad that need to be filled, beginning at forward.

The momentary banishment of Pierre-Emerick Aubameyang has created a need at striker, with Alexandre Lacazette returning just three goals in his 14 league appearances, although the Frenchman has come on strong since Aubameyang’s shelving. And although Gabriel and Ben White have been solid at center back, the club could also use an upgrade over Rob Holding.

MORE: Are Balogun, Nketiah set to leave in January?

Meanwhile, left back Sead Kolasinac is out of contract in the summer and already has clubs interested in his services. The question is whether any of them will shell out money for him in January.

Just some extra info on Kolašinac. Understand likelihood is mutual termination of his Arsenal contract (now in final six months). Could then sign for Marseille on free transfer. #AFC

Below is the updated list of Arsenal player transactions during the January 2022 transfer window and the updated squad list:

Below is the updated Arsenal first-team roster. New additions during the January 2022 window are noted in bold:

The Arsenal projected starting lineup taking into account any squad changes in January:

Here’s the latest on the Arsenal transfer front based on reports in England:

Arsenal has been closely and publicly linked with Fiorentina striker Dusan Vlahovic who has lit Serie A on fire this season. Each day seems to bring new progression on the possibility of a winter transfer, with the Gunners hoping to pry the 21-year-old from Italy before the window shuts.

On Tuesday, reports in Italy have suggested that an agreement between the clubs is either close or done. Italian newspaper La Stampa, via SportWitness, is reporting that a deal is completed, in the $70-$80 million range. Fellow Italian publication Corriere Fiorentino reported Monday that a similar bid was officially lodged, valued at $70 million plus the inclusion of Arsenal midfielder Lucas Torreira. That same bid has been echoed by another Italian publication Corriere della Sera, who reported a bid of the same construction which is “particularly attractive” to Fiorentina.

Despite all this reporting about contact and negotiations between clubs, there are similar reports about the silence of the player. According to each of these reports, neither club has any idea what the intentions of Vlahovic himself are, leading many to believe that all this could be for nought, and Vlahovic could be set on leaving in the summer. His current contract runs through the summer of 2023.

Reports in England echo the assumed difficulty of convincing Vlahovic to move this winter. A report by Football London, Vlahovic prefers to stay in Italy, while James Horncastle of The Athletic also reports that Vlahovic is demanding wages upwards of $400,000 a week, which could price many clubs out. Dean Jones also spoke about this on his podcast, saying that Arsenal is “very serious about this” and that it will be tougher to convince the player than the club of a deal.

Interestingly, after scoring a goal against Bologna in Fiorentina’s 6-0 drubbing over the weekend, Vlahovic seemed to gesture a goodbye to the home fans. During his celebration in the 51st minute (pictured above), Vlahovic put his hands up and closed his eyes, seemingly in a show of appreciation. Indeed, the match was Fiorentina’s last home game before the January transfer window shuts.

The biggest blow, however, came on January 19 when Italian journalist Giacomo Scutiero stated that Vlahovic’s silence is due to an agreement already in place with Juventus, which is the only club he wishes to join. Scutiero stated that he wants to join Juventus so badly that he would go even without immediate Champions League play, and that he’s the only player Juve would break the bank for at this point. Scutiero isn’t a heavily followed reporter on social media, but the report was shared by the Daily Mail, and being so specific, it feels like one with knowledge behind it.

Transfer speculation involving Arsenal regularly features Pierre-Emerick Aubameyang’s name. The Gabonese international, who is at the Africa Cup of Nations with his country, has been stripped of his captaincy and banished for the time being due to a disciplinary issue, and with his contract expiring in the summer of 2023, now could be the perfect time to secure peak value on a potential transfer.

MORE: Why Aubameyang was stripped of the captain’s armband

Aubameyang’s situation could line up as an opportunity for goal-challenged Newcastle, which has the ability to spend big, but Arsenal veteran Granit Xhaka predicts that Auba will be “back and better than before” manning the Arsenal frontline. The Gabon international tested positive for COVID-19 while en route to linking up with the Gabon squad for the 2022 Africa Cup of Nations, pictured partying in Dubai with international teammtes. That won’t help his chances of finding a new club, nor will it endear him to Mikel Arteta any further.

Recently, however, a report by independent journalist Dean Jones on his podcast suggests that Juventus could be interested in Aubameyang after the major injury to Federico Chiesa that will see the Italian out the rest of the season. Additionally, CBS reporter James Benge stated that Saudi club Al Nassr has made a loan bid for Aubameyang with a mandatory buy clause of $9 million. The interest seems to be ramping up, but at that price, Arsenal’s leverage is waning.

Arsenal’s search for a new forward

If a successful swoop for Dusan Vlahovic doesn’t materialize, Arsenal is tracking the progress of Everton’s Dominic Calvert-Lewin, according to other reports in England, including the Evening Standard. The player has returned from a broken toe. He has bagged double-digit goal tallies in each of the last two seasons.

Staying with the forwards, Arteta wants to keep Eddie Nketiah, whose contract expires in the summer. But the player is eager for more playing time, and a report from The Athletic states he wants a change of scenery. Same too for Folarin Balogun, with the 20-year-old striker attracting heavy loan interest, with reports saying he is headed to Middlesbrough on loan, considered a done deal and just waiting for Balogun to shake off a bout with COVID-19 to officially confirm the move.

Rumors began in early December that Georginio Wijnaldum would be open to a January loan move back to the Premier League, with life at PSG not going well. Reports indicated that Arsenal was the frontrunner, but that PSG is not open to letting him leave. Those rumors have ramped up as the window opened, with FourFourTwo stating Arsenal is working on a loan deal to help cover the AFCON departures. Sky Sports reporter Kaveh Solhekol has backed that up, stating that Wijnaldum likes Arsenal as a club and his preference could give the Gunners an advantage.

There is a ton of buzz now over the arrival of Youri Tielemans from Leicester City, with the Goal reporting that the Gunners have held talks with the player’s agent over a possible move. Tielemans is out of contract in 2023 so now would be the time for Leicester City to get top dollar for a midfielder who has been critical to the club’s recent success. The Goal report states he is not expected to sign a new contract with the Foxes, allowing Arsenal to pounce.

Arsenal is also reportedly in for Barcelona utility man Sergi Roberto who could see time in midfield and right-back. According to Spanish publication Fichajes, Arteta has “requested” that Arsenal sign the 29-year-old who is out of contract this summer.

Reported Arsenal target Denis Zakaria has made it clear that he won’t be re-signing with Borussia Monchengladbach when his contract is up in the summer. But there are other clubs that are also in the mix for the 25-year-old all-terrain center mid.

Barcelona Dutch midfielder Frenkie De Jong could be the surprise swoop of January for Arsenal, and while there hasn’t been any strong links between player and club, it has been talked about in the press, with former Arsenal striker Kevin Campbell endorsing the move. The Dutch midfielder has mentioned a fascination for Arsenal in the past, wishing to emulate Marc Overmars.

Arsenal has been connected recently to Juventus midfielder Arthur, who would reportedly be interested in a loan to London. The Express states he would both be open to a switch, unable to find a significant place in Massimiliano Allegri’s plans with just seven league appearances this season. Goal has also reported that Arthur is a possibility, although Juventus needs to replace him before giving the loan a stamp of approval. According to RMC, these talks are in the advanced stages and there was even talk of an imminent medical on social media, but things appear to have hit a snag, as TuttoMercato reports that Arsenal’s offer does not include a loan fee which Juventus is pushing for. Gianluca di Marzio reported on Jan. 19 that Arthur’s agent is meeting face-to-face with Arsenal brass.

A new name popping up in mid-January is young Palmeiras midfielder Danilo who could be a target for the Gunners. The 20-year-old has been a fixture in the Palmeiras midfield, helping the club win the Copa Libertadores title in November. He is rumored to be valued at around $30 million, which Brazilian publication R7 reports has already been offered by the London club.

On the outgoing front, Ainsley Maitland-Niles has departed, joining up with Jose Mourinho after a loan move to Roma. One who could be following him is Granit Xhaka as Mourinho reportedly loves the Gunners’ midfielder, according to Italian publication Gazzetta dello Sport.

Also departing is defender Sead Kolasinac who cancelled his Arsenal contract and signed a free transfer with Olympique de Marseille, officially announced by the French club. He joins former Arsenal teammates William Saliba and Matteo Guendouzi at Marseille, who are both there on loan.

And finally, Arteta confirmed that defender Pablo Mari would be leaving the club, as rumors swirl about a move to Italian side Udinese.

Gazzetta dello Sport in Italy has linked the Gunners with Dejan Kulusevski, and The Express report linked earlier backs that up, though Federico Chiesa’s ACL injury means he’s more important for Juventus.

90min claims the Gunners are among several clubs watching Patrik Schick of Bayer Leverkusen though most of Europe probably has eyes on the Euros breakout star.

Brighton star Tariq Lamptey is on Arsenal’s radar, according to reporter Duncan Castles. The Brighton & Hove Albion right back has played well for his club and he could earn the big move he’s been searching for since taking the gamble to join Brighton on a permanent move from Chelsea.

Arsenal is in discussions to sign 21-year-old Nottingham Forest full-back Djed Spence according to football.london and other reports, but the player would reportedly stay at the Championship side until the summer, even if a deal were struck this January. 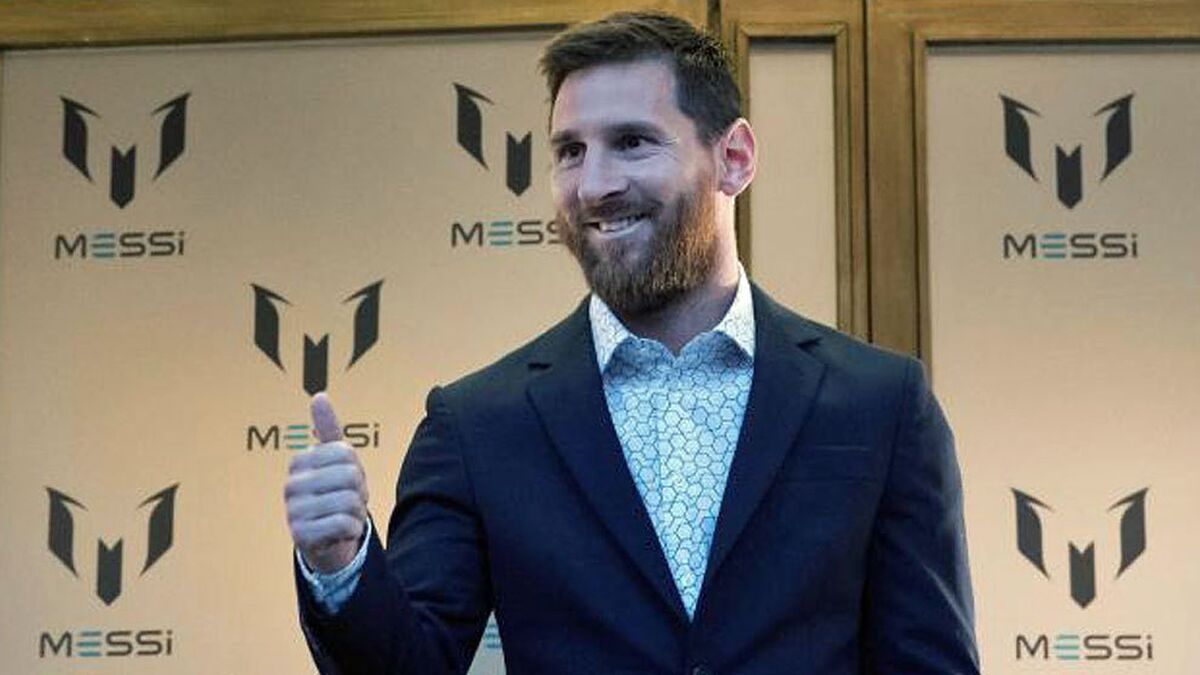