A group of suspected Boko Haram terrorists have been allegedly arrested by the Nigerian Army for trying to cause havoc in one of the barracks, Maimalari barracks in Maiduguri, Borno State.

According a Twitter user, Ahmed Abubakar (@ahmed4rl), who shared the story on his timeline on Saturday, said the suspected Boko Haram members were all dressed like United Nation, UN officials.

Abubakar said the terrorists came all dressed up like United Nations officials, with four customised UN vehicles, but were undone by the brilliant army officials before they carry out their destruction.

“Boko Haram disguised as UN officials and entered Maimalari Barrack in Maiduguri but unfortunately they were caught before they cause any harm”, Abubakar tweeted. 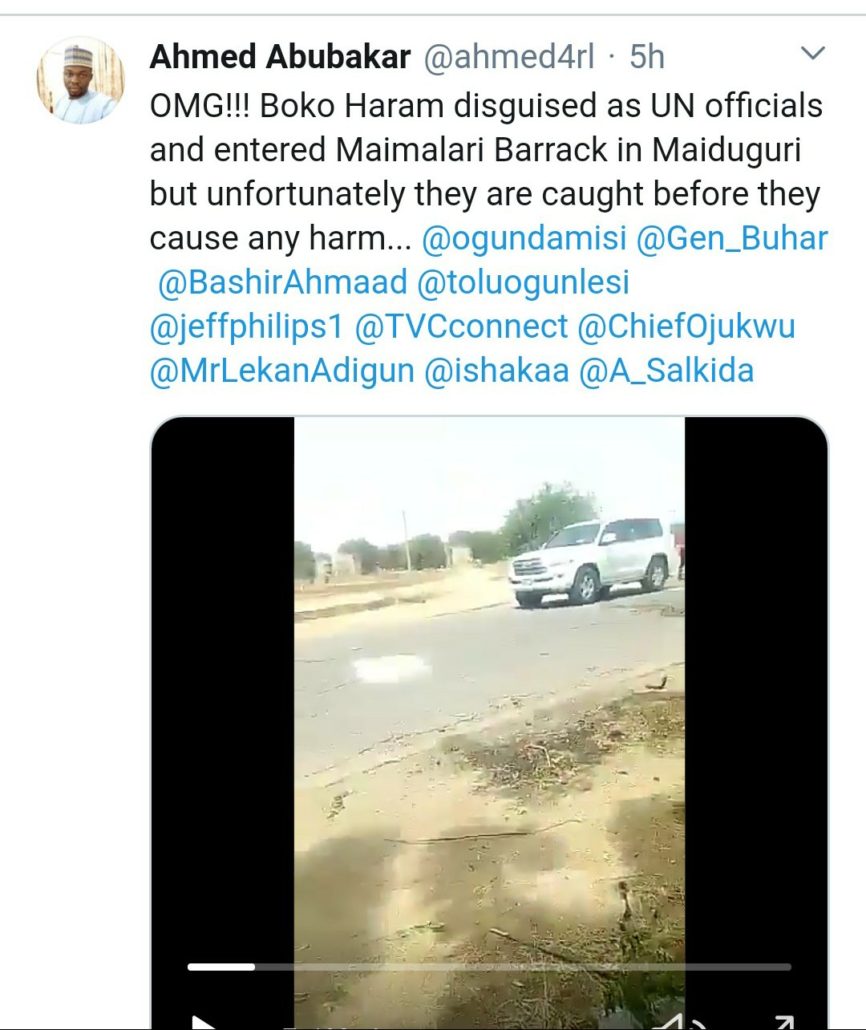 The tweet which was accompanied by a video and photos has caused a lot of reactions in the process.

See photos and some reactions below… 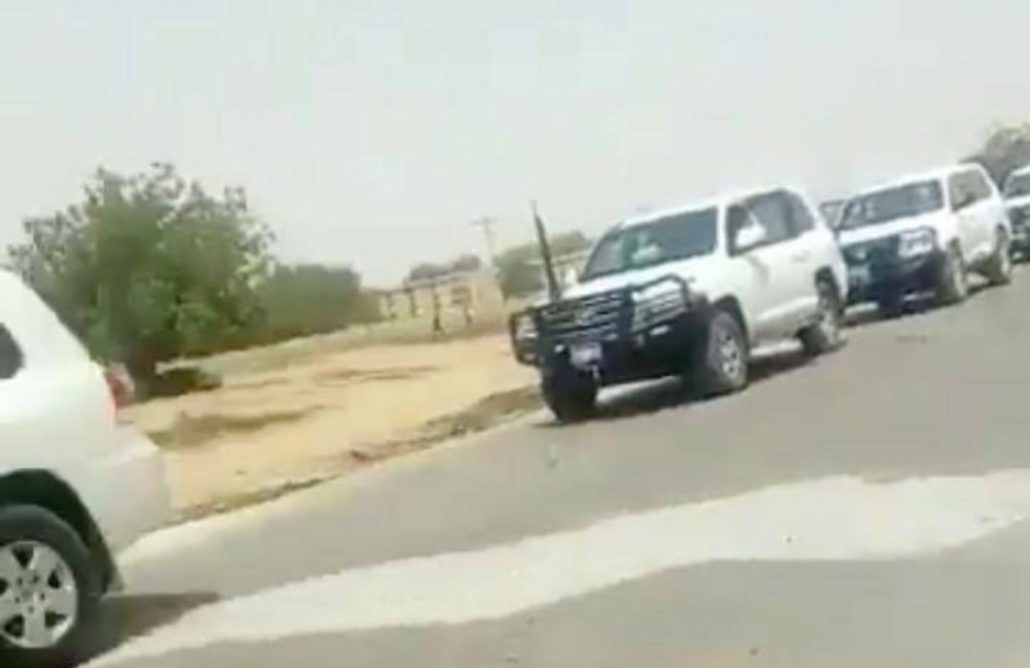 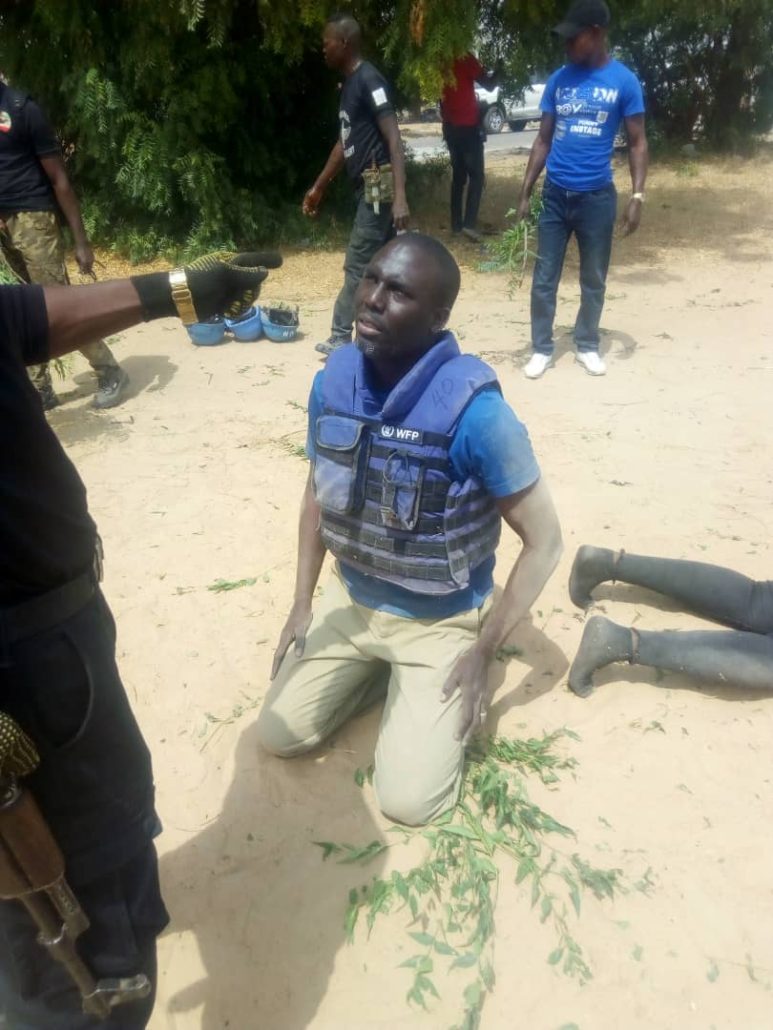 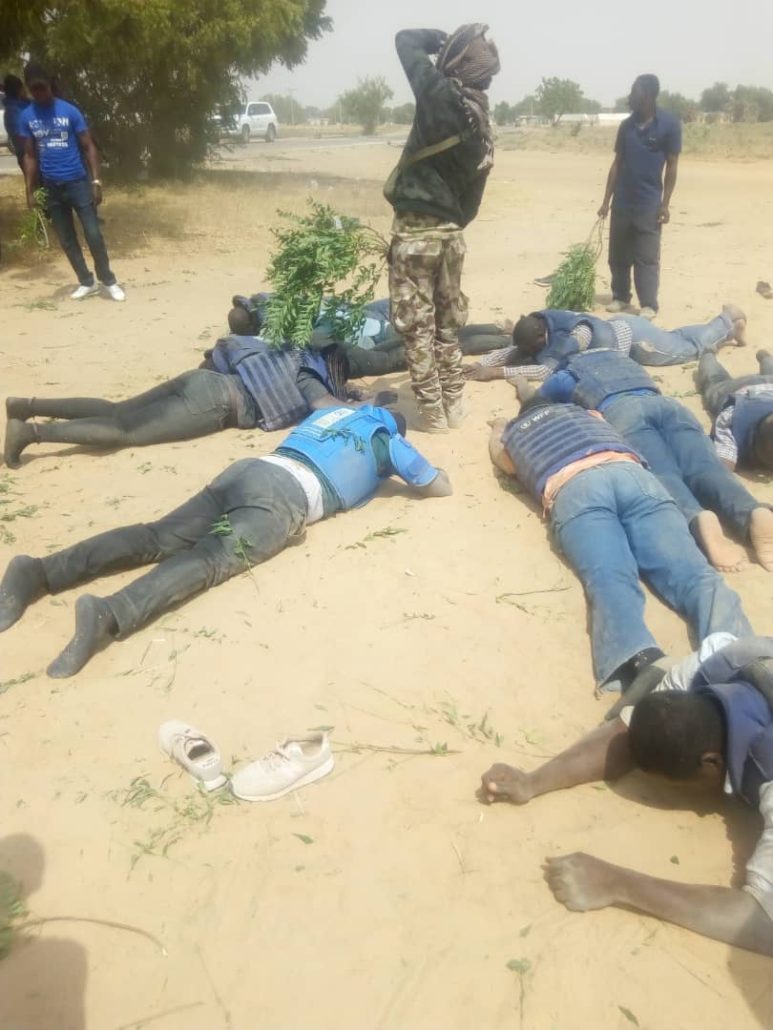 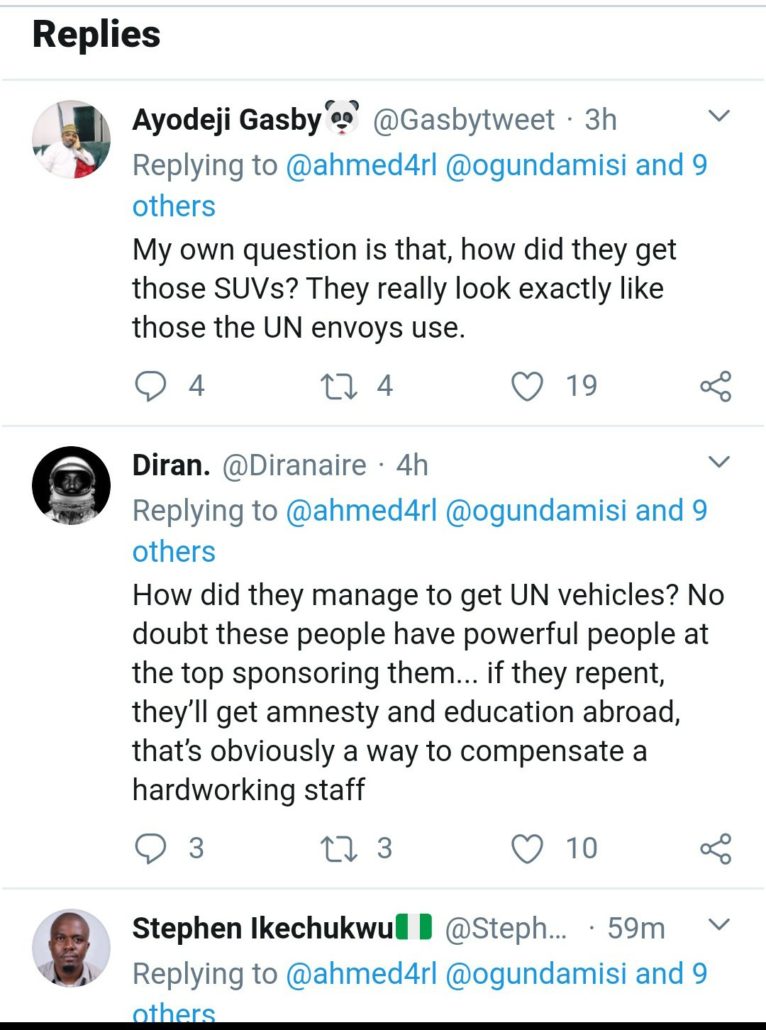 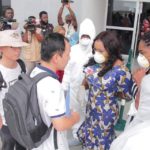 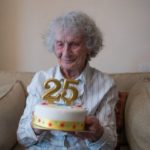