An unidentified police officer has been captured assaulting a motorist, Ella John Elaigwu for not allowing the police vehicle to overtake him on a highway.

Elaigwu, who spoke to DAILY POST on Thursday, alleged that the vehicle, with plate number, police PF 1813 – SPY, tried overtaking him near Goshen City, Living Faith Church in Abuja while returning to the City after Easter celebration.

He explained that his inability to immediately give way for the police vehicle angered the officer leading to the assault.

Elaigwu said the officer, who was sighted in the viral video, broke his car bumper, destroyed his expensive cell phone and threatened to gun him down.

He said, “I was driving along Abuja-Keffi Expressway; the police vehicle was behind me blowing sirens but I couldn’t give him chance immediately as it was tight but immediately there was space, I applied break for him to pass, only for him to overtake me and began to push towards me, till he hit my bumper and I swerved out of the road and parked.

“It would have been a fatal accident; I didn’t make any attempt to follow him, but other people who saw what he did tried to help and stop him; I tried to ask why he almost made us have accident and the man went inside the car, brought out his gun”.

When DAILY POST reached out to the FCT command, the Police Public Relations Officer, DSP Josephine Adeh, who condemned the unprofessional conduct of the officer, said the erring officer may not be attached to the command.

According to her, it is difficult to properly identify the officer because he was not on his uniform. 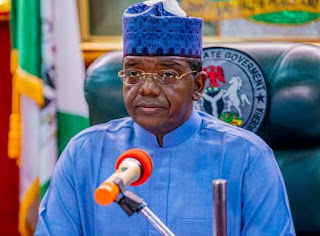