The Olu of Ilaro and Paramount Ruler of Yewaland, Oba Kehinde Gbadewole Olugbenle has cleared the air on the chieftaincy title of Aremo of Yewaland given to Senator Solomon Olamilekan Adeola ‘Yayi’, saying there are no issues whatsoever about the title which was a collective decision by the Yewa Traditional Council taken years back.

The monarch stated this at his palace while playing host to the kinsmen of Senator Solomon Olamilekan Adeola from Pahayi in Ilaro and Ishaga Orile, who came to appreciate Yewa Traditional Council through the Paramount Ruler for the honour bestowed on their son.

According to Oba Olugbenle, the decision to bestow the chieftaincy title of Aremo on the Senator representing Lagos West was a collective one taken years back by Yewa Obas.

He explained that he had to step it down because of the political climate and tension during the last administration, which was so tense and not favourable then.

Oba Olugbenle explained further that the right to install chiefs lies with traditional rulers and the title was not politically motivated as being speculated in some quarters, noting that the kings are not involved in politics and their decision on the title is sacrosanct. 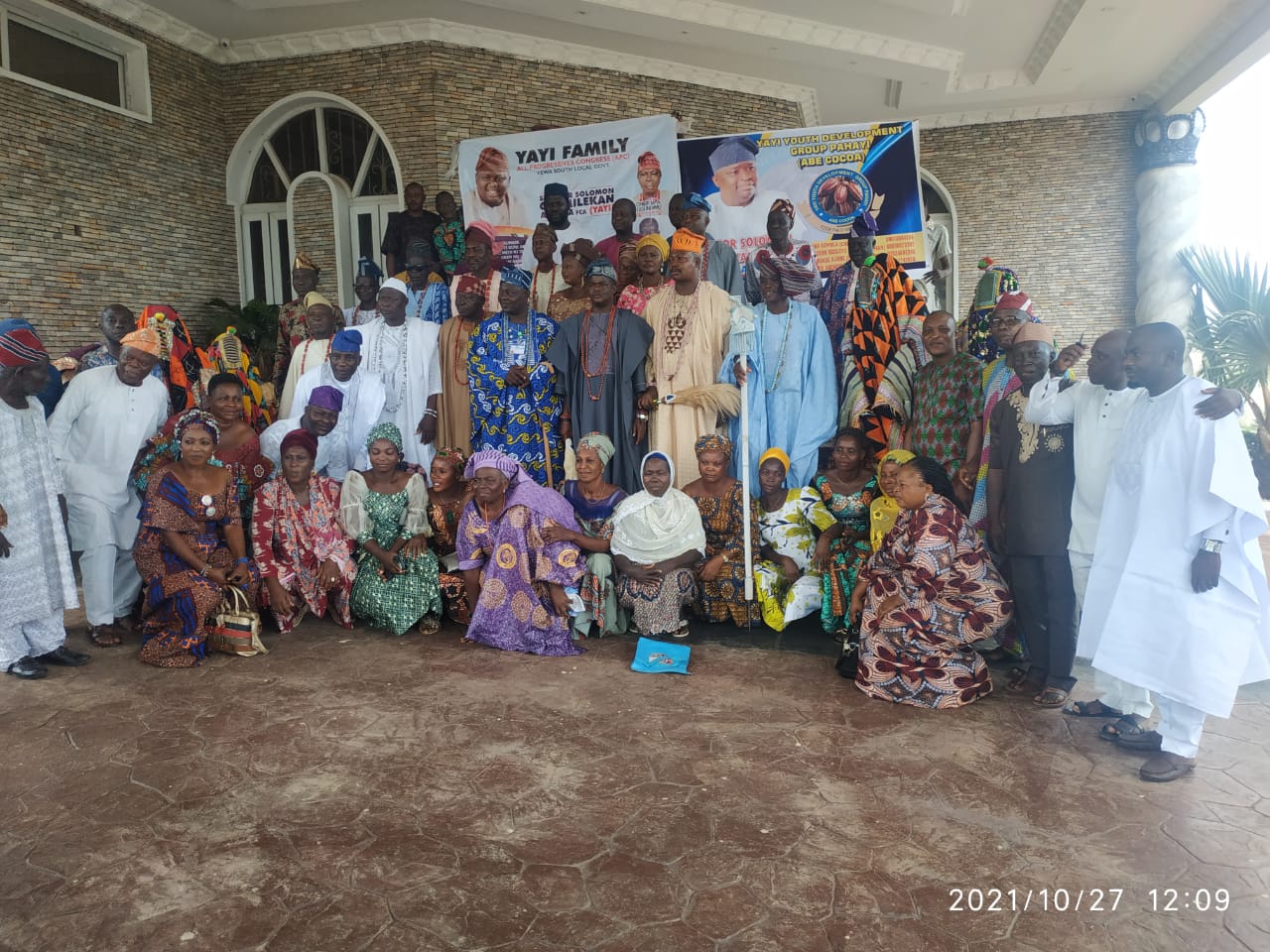 Oba Olugbenle said no amount of petition or false narratives about the Chieftancy title could reverse the decision, saying that the Yewa traditional council has made a good decision in choosing the Senator.

He advised politicians behind the false narratives about the title to desist, have a change of attitude and stop expression that culpable of scaring off sons and daughters of Yewaland from returning home to aid in the development of the land.

The monarch said wherever in Yewaland he spots deserving sons and daughters, he would not hesitate to honour and bring them home for the growth and development of Yewaland.

During the visit, the Paramount Ruler halted the Onibata family of Pahayi from reading Senator Solomon Olamilekan Adeola Yayi’s profile, stressing that no Yewa traditional ruler would demand lineage history from their sons and daughters before they were given recognition.

Oba Olugbenle announced that the visit to the Onibata family of Pahay in Ilaro, the family of Senator Adeola and the representatives of the Monarch of Isaga Orile, that Aremo of Yewaland is not the only Chieftaincy title to be bestowed on the Lagos West Senator, saying ahead of his installation as Aremo of Yewaland, he would also be conferred with the Aare Gbobaniyi of Ilaro.

The traditional ruler berated the political office holders voted into offices in Yewaland for not honouring the call of the Yewa Traditional Council to discuss the way forward and give accounts of their stewardship to the constituents that elected them.

He then called on all Yewa indigene at home and the diaspora to kindly eschew bitterness and come together for the growth and development of Yewaland.