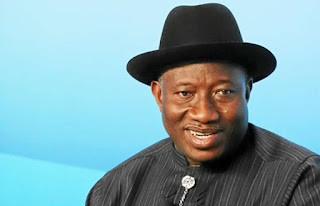 Former Governor of Jigawa State, Sule Lamido, has said the ruling All Progressives Congress (APC), has finally realized that the Jonathan they castigated, blackmailed and called clueless, is much better than the man they called Mr integrity, but whose integrity has neither end corruption in the country, nor made the country better than met it.

Lamido who made the statement in reaction to reports that members of the All Progressives Congress (APC), are wooing the ex-President to join the party, said their interest in Jonathan shows they have no one better than him (Jonathan) in the APC.

The 2019 presidential aspirant of the Peoples Democratic Party (PDP) stated this in an interview with Arise TV on Wednesday.

“To me, I think that they are being merely hypocrites. They, APC governors, are looking for him, is it because there are no presidential materials in the APC? This is one of the heights of hypocrisy.” he stated.

The former governor has previously said they (PDP) had endured plenty of attack and baseless accusations of being the brains behind insecurity in the North, by the opposition party and those who thought Buhari was the solution to a problem he helped create.

He said however, despite getting what they wanted, the only thing the APC government succeeded in doing, is causing disunity amongst Nigerians since it took power in 2015.

He said the APC had before taking over “accused us (PDP members) of breeding Boko Haram, corruption and all forms of evil are being associated with us.”

He added saying “even though they accused us with [fomenting] Boko Haram, today a more daring criminality of banditry and kidnapping is being perpetrated under their nose without any solution in sight.

“People are being maimed, killed in their homes, towns and villages completely sacked while their women were subjected to utter humiliation under the watchful eyes of those in power today,” the ex-governor said. 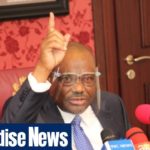 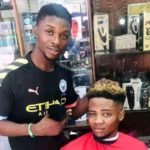