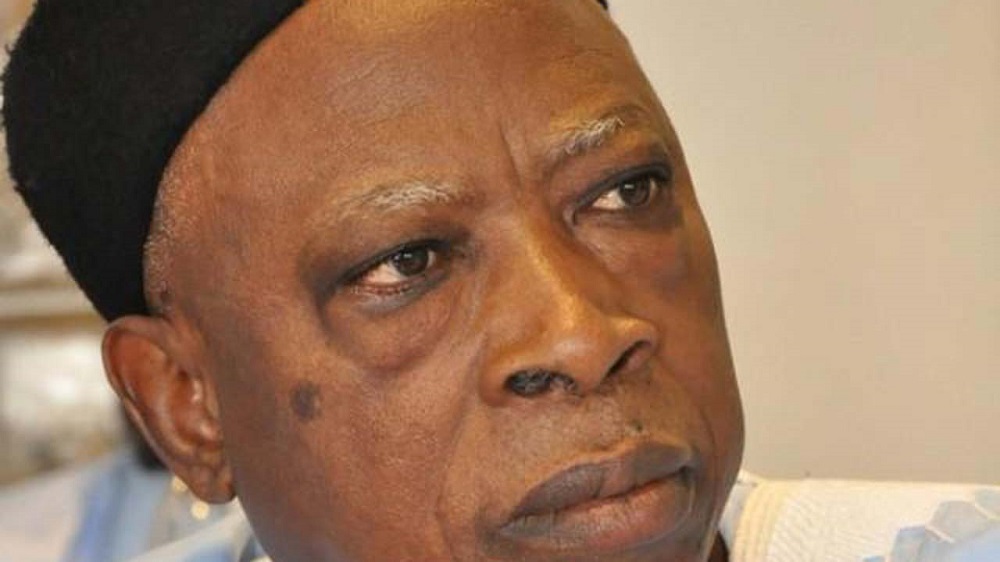 National Chairman of the All Progressives Congress, APC, Abdullahi Adamu, has said the decision of the party’s presidential candidate to adopt a placeholder for his running mate was within legal rights.

THE WHISTLER had reported that following its inability to choose a substantive running mate to meet the deadline set by the Independent National Electoral Commission, INEC, the party decided to choose Kabir Ibrahim Masari from Katsina state as the candidate’s interim running mate.

Speaking on Monday after meeting with the president at the presidential villa, Adamu told state House correspondents that, “We are not in the speculative world,” as Nigeria is “governed by the laws of the land.”

He argued that, “There’s nothing our presidential candidate has done with regards to returning his forms that is not within the confines of the law of the land.”

Explaining further, Adamu said, “Everything we’ve done so far, we have done very carefully with legal consultation and we are cocksure, we’re not going to have the kind of speculation that you are professing at this point in time.

“We’re very comfortable with what we have done. It is still pessimism. However, not in that school of thought yet. We don’t have to be there.”

Adamu’s position is at variance with the position of INEC, which on Monday said the concept of “placeholder” for vice-presidential candidates “has no place in our constitutional and legal framework.”

Some parties who fielded presidential candidates had elected to fill stand-in running mates until a substantive running mate would be chosen on or before mid-July, after which they would be substituted.

However, INEC, through its National Commissioner for Information and Voter Education, Festus Okoye, gave a caveat that, “For there to be a substitution of a candidate, the vice-presidential candidate must write to INEC, with a sworn affidavit stating that he is withdrawing from the race within the time frame provided by the law. That’s the only way there can be a substitution of candidates.”