AnTuTu: The most powerful sub-flagship and mid-range smartphones

at the end of August 2022, the AnTuTu benchmark team has provided ratings for the 10 most powerful global sub-flagship and mid-range Android-based smartphones.

Not only have leaders changed in the ranking of sub-flagships, but practically every other position as well. Realme GT Neo 3 overtook the previous leader to claim the top spot. Poco X4 GT and Redmi K50i, took second and third, respectively. After that, Realme GT Neo2, iQoo Neo6, Poco F3, Realme GT Neo3T, Realme GT Neo2T, and OnePlus 10R 5G are in the list.

“Next up is the mid-range phone performance list. With all of the top 10 phones powered by the Snapdragon 778G processor. The competition among the mid-range models is mainly in terms of battery life and appearance. The appearance of the Nothing Phone 1 can also be very competitive in the flagship Phone market” says AnTuTu. 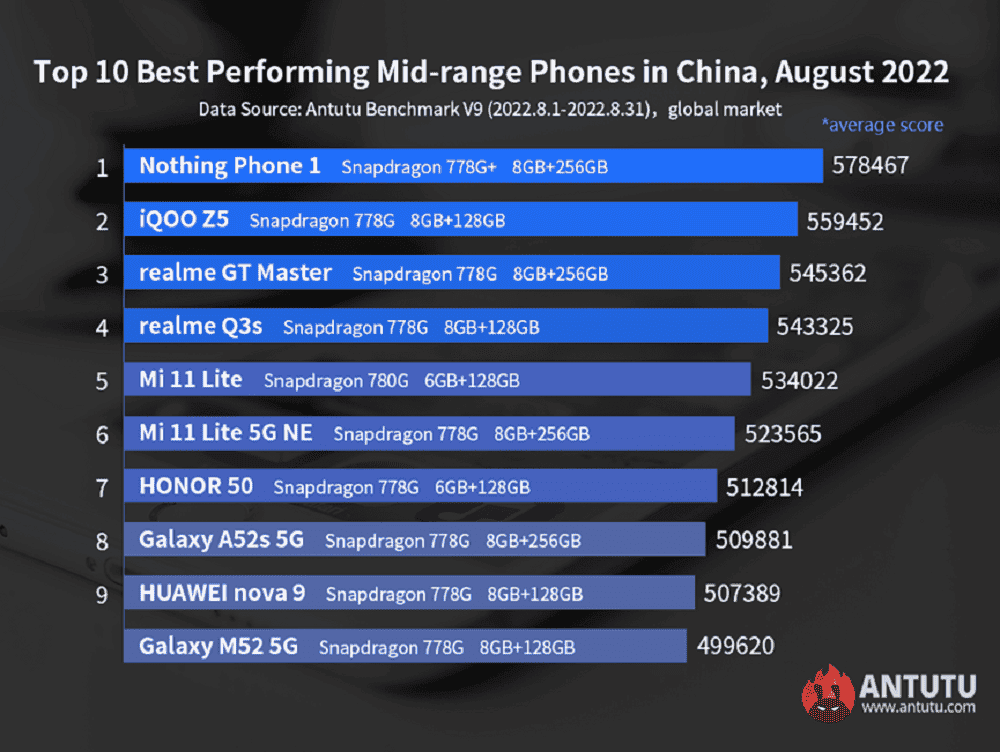 The data is gathered between August 1 and August 31, 2022. Instead of using the best scores, the AnTuTu ranking employs averages. Results from at least 1000 tests were taken into consideration for each smartphone. Models with fewer tests are not part of the rating.