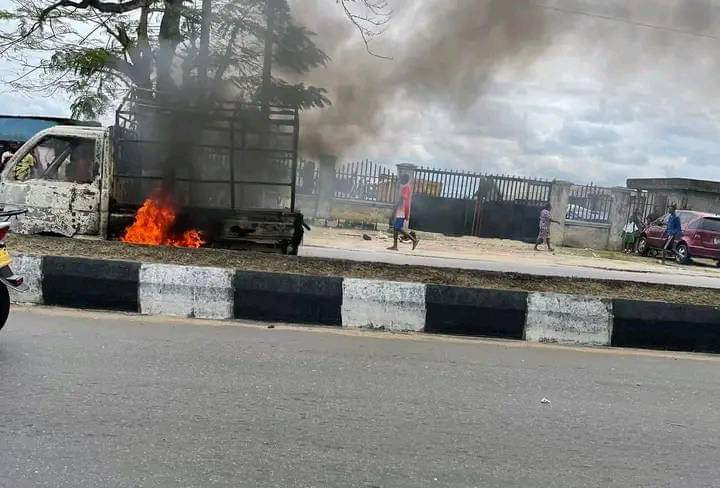 On Monday, May 23, 2022, another tragedy befell the highways of Calabar, Cross River State capital after a mini pick-up van driver was burnt to death on the same spot that killed 3 Army officials.

THE PARADISE NEWS learned that the yet-to-be-identified driver died after the minivan he was driving, carrying Premium Motor Spirit, PMS (fuel), exploded along Murtala Mohammed High in between Beebosco and Ikot Ansa Bus Stop by the Big Culvert.

According to an eyewitness, Patrick Obia, who is also a reporter with CrossRiverWatch, the incident happened at the point where a new U-Turn was carved out and speed bumps constructed to limit speed.

Obia said another person has been hospitalised but the driver was unfortunate as he was completely burnt to death.

“A few months ago, I complained when they started constructing speed bumps along Murtala Mohammed Highway, Calabar by Culvert, a few metres to Ikot Ansa bus stop; of a waiting danger which may claim lives.

“With the Mini pick-up van explosion at the same point today, it would have been averted if those speed bumps were not there.

“The van said to have been loaded with Premium Motor Spirit, PMS, better known as fuel from Depot while on speed applied brake when approached the road bumps. The sharp march of brake however ignited a spark and then an explosion. Driver burnt to death, motor boy hospitalised.

“I hope they do not need further lives lost before they scrap them out”, Obia said.

Recall that in March this year, a Nigerian Army truck rammed into a Toyota Sienna bus at the same spot, killing three soldiers and wounding over twenty-five others.

The U-Turn was closed after the incident and speed bumps were constructed with road signs being mounted. 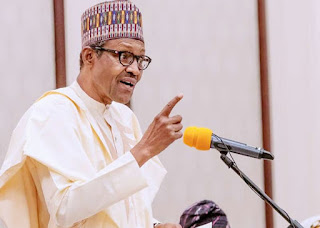