Android 13 came in August after a long period of beta-testing by Google. Third-party Android OEMs are still running, and sometimes… struggling, to bring the update to their vast smartphone portfolio. Anyway, Google has nothing to do with these issues (or at least not entirely) and Android keeps evolving. That said, the company certainly is working on Android 14 and is preparing to begin the beta testing of the next update. That will certainly be composed of multiple Developer Previews and Beta Builds for Pixel phones. Thanks to leaks and reports, we already know some details about Android 14.

Through this article, we’ll list some of the features coming with Android 14 as well as the first phones getting it.

For now, there is no exact date for the upcoming update. However, early reports suggest the first Developer Preview to appear in February 2023. Google should roll two or three Dev Previews until May 2023. After that, the Google I/O will serve as a stage to showcase all features coming with Android 14. The event may also serve to kick the beta program which is closer to the stable release and, hence, has fewer bugs and issues. The actual update can come anytime between August, September, and October. Everything will depend on how smoothly the development of Android 14 progresses, and how deep the changes are. Also, developers will have all the needed time to adapt their apps and create solutions for Android 14 which brings new APIs and features.

It’s okay to expect bigger changes in Android 14 design, but we’re not expecting another revolution. Google started the journey of Material design with Android 5.0 Lollipop. We saw subtle changes on Android 7.0 Nougat, 8.0 Oreo, and major ones with Android 9 Pie. 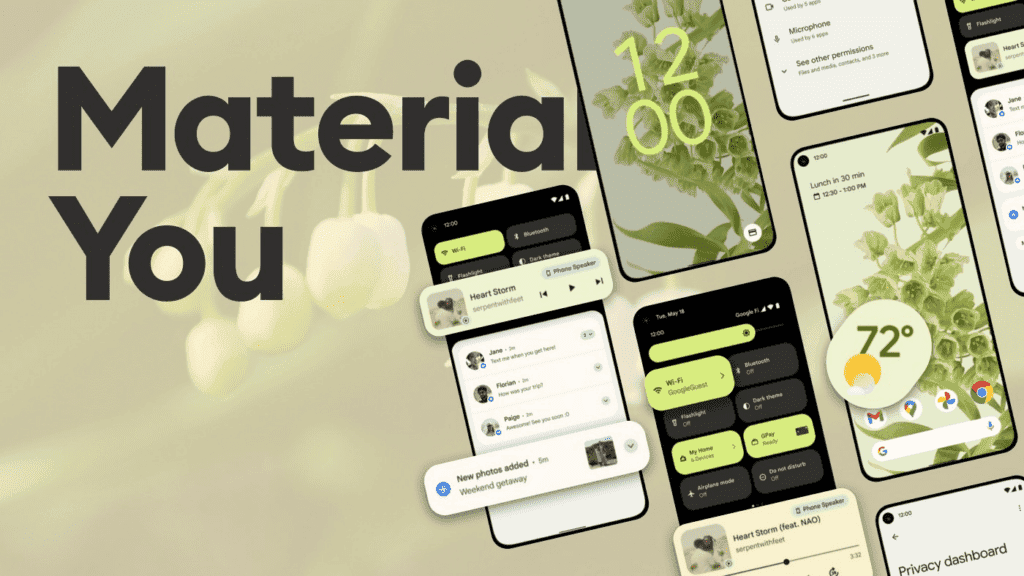 The company refined things with Android 10 and 11 and brought the second major revolution with Android 12. That said, all the changes brought by Android 12 are still in the early years, so we don’t expect the search giant to take major departures from the design. But we still expect some subtle changes here and there. Hopefully, Monet will be further improved and more applications will get support from the theming engine.

The Death of Android Beam

If you’re new to Android, you probably don’t even know what is Android Beam. Nowadays NFC is popular for allowing contactless payments through digital wallets, but there were other implementations before that. In the early days of NFC, companies tried to “sell” it as a cool way to transfer files. Android Beam arrived with the Android 4.0 Ice Cream Sandwich and allowed users to share content such as photos, videos, and files between two Android phones by tapping them together. I have to say that this was cool in the past but nowadays feels like a gimmick. 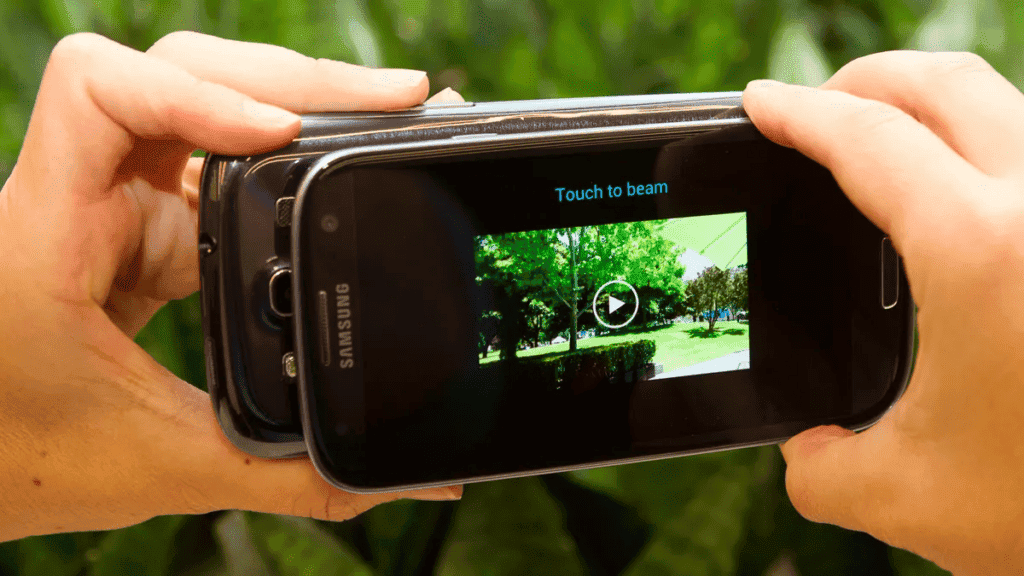 Back in the days of Android Beam, Samsung was always trying to “reinvent Android. The Korean firm created a bunch of apps in a bid to replace Google stock offerings. Sometimes it resulted in cool things, like for example, the idea of a Multi-Window on Android. Samsung brought this first, and Google took a while to follow suit. Anyway, the company’s take on the feature was called “S Beam”. It set standards for the Android Beam but didn’t make the feature less gimmick. 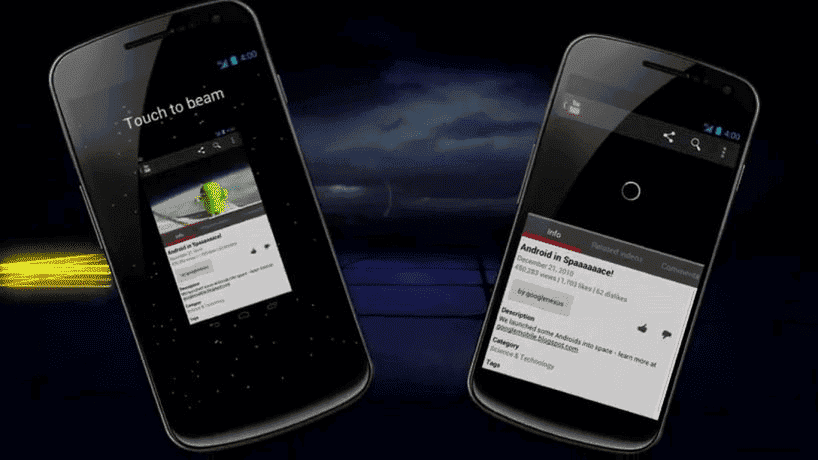 Being the “gimmick” it is, the feature was not much used to justify its support. Google decided to remove the feature from Android 14 and beyond. So far all traces of Android Beam have been removed from the NFC framework.

Considering that this feature is not widely used, we don’t even know if Google will announce the end of it.

Fun, and curious fact: To those who can’t remember, or didn’t live this period of time, MediaTek tried to offer its alternative to NFC and Android Beam. The feature came as HotKnot. While Android Beam required users to join the back of two phones, HotKnot was enabled when you put one screen above the other… I don’t need to say how this was considered another gimmick for users. 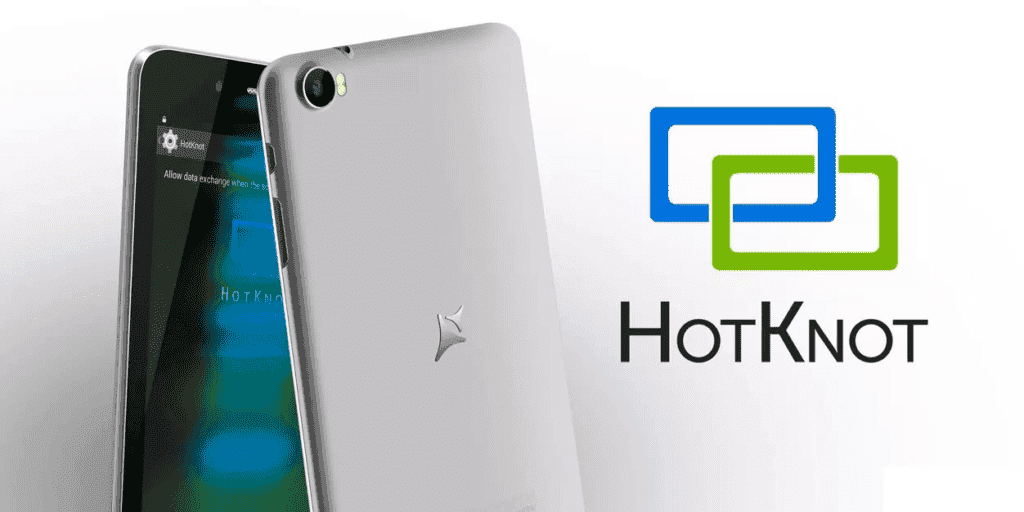 MediaTek simply banned this feature from existence. While NFC got relevant as a technology for contactless payments, authentication and etc, HotKnot got lost in limbo.

This may not sound like a good deal for regular users, but AV1 video codec became relevant for lovers of multimedia. It promises up to 30% better compression than the VP9 codec. As result, Google plans to make AV1 decoding mandatory in Android 14. 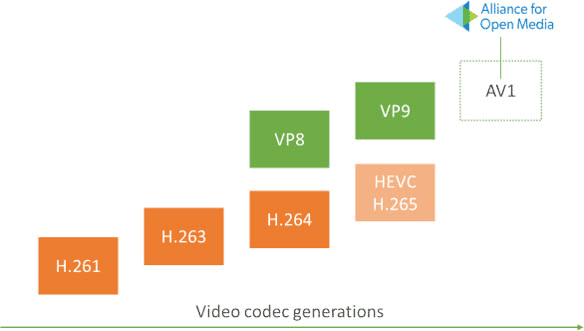 This will be the first time that Google makes AV1 support a requirement. In fact, new processors such as the Snapdragon 8 Gen 2 come with AV1 decoding. We expect more SoCs and brands to adapt to this, and Google will help the new codec to gain traction.

Of course, the move has certain implications for content creators and streaming services. They will take advantage of the improved compression. In the end, they will be able to offer higher visual quality at lower bitrates. This means a reduction in data consumption and improved streaming performance.

That may sound too optimistic to be true, but we can see a certain level of relevancy. Well, Apple introduced the SOS Emergency system on the iPhone 14 series. As usual, other brands will want to join and offer their alternatives for this. Samsung is reportedly bringing something similar to the Samsung Galaxy S23 series. 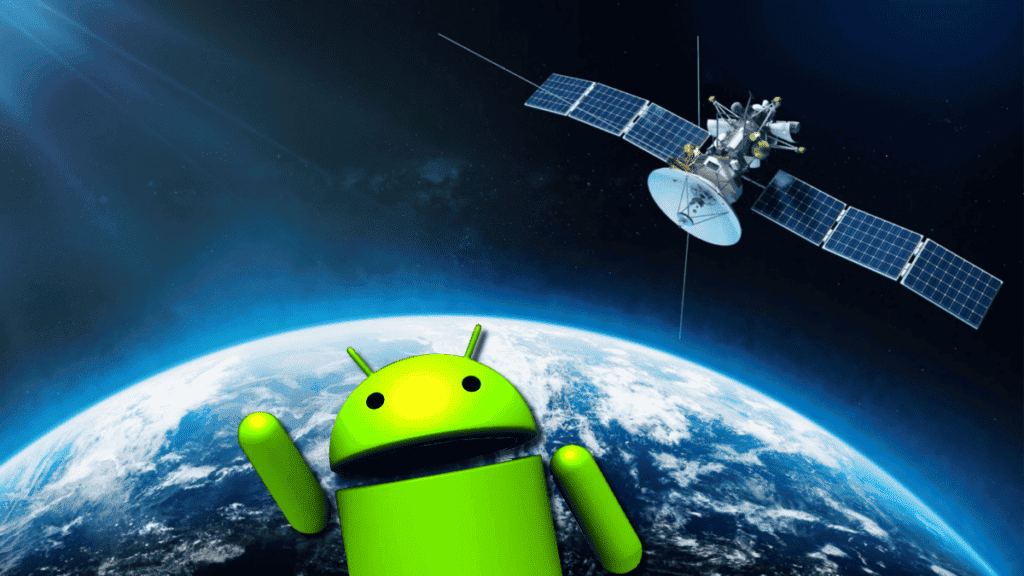 While Google may not offer it directly in the next year, but still, we may see the “roads being opened” on Android. The company may add native support for this on Android 14, saving Android OEMs the time needed to adapt satellite communication to the Android framework. The search giant may even make this a feature of the Pixel 7 or 8 series. It may get official support with Android 14, but will be up to OEMs to enable it and ensure the “coverage”.

Google also plans to bring mandatory support for the Identity Credential HAL (Hardware Abstraction Layer) with Android 14. This feature will provide an important security layer for Android devices. The authentication process on services and websites will become much more secure with this feature.

This feature uses a hardware-based authentication layer. It will store and protect user data’s security. This layer will also allow users to log into services and apps without having to remember multiple passwords. The feature is a major step forward for Android security. The company will certainly make a buzz to tease this feature during the next year’s I/O.

Even more support for foldables, rollable and large devices

Since Android 12L, Google has been working hard to improve the experience on foldable phones. The amount of these devices is increasing every year with more and more brands joining the trend. That said, Google needs to make Android special on foldable devices, or at least offer a different experience from what we get on regular phones. With Android 14 we expect even more improvements for foldable devices. Improvements in the multi-tasking, launcher, and other aspects of the OS. These changes can also benefit tablets that are trending again. Last but not least, we may also see something for rollable devices. 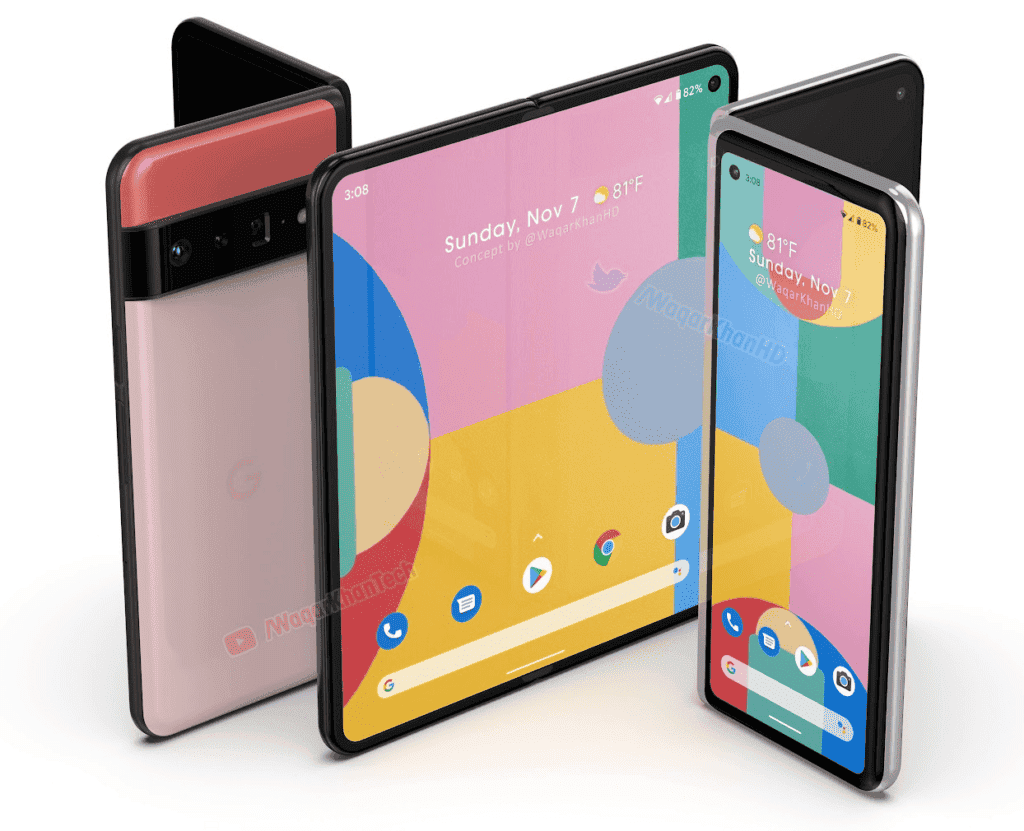 Google is rumored to launch the Google Pixel Fold, so it makes sense for the company to improve the experience of foldables.

This is just a super-early list of features coming with Android 14. We expect more to be revealed in the next few months, and of course, with the rollout of the first Developer Preview.

It’s not so easy to build a list of phones that will be eligible for Android 14. Once Google reveals it in all its glory, we will know the plans of every Android OEM for the update. Samsung, Oppo, Vivo, Realme, Xiaomi, and OnePlus will likely be among the first to offer it. In fact, you can read here about the best Android OEMs when it comes to software updates. 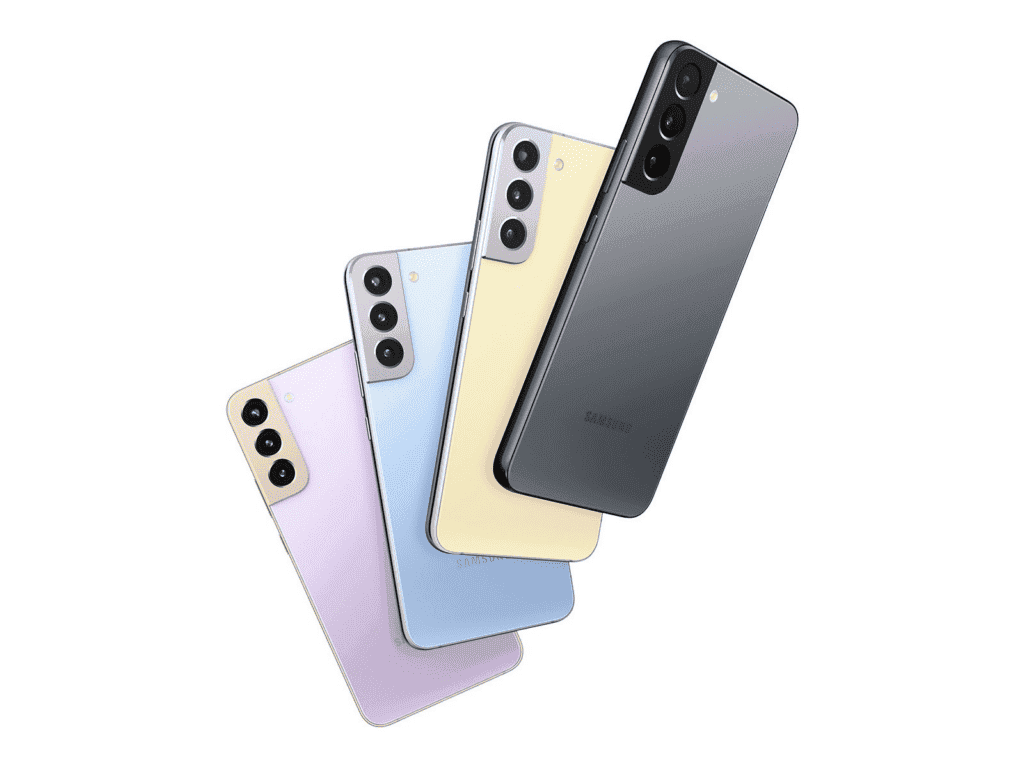 Brands like Samsung and OnePlus are offering up to four major Android updates for their flagships. Samsung already has a large list of phones to cover, while OnePlus will begin this commitment with the OnePlus 11. Looking at Samsung’s side, the Galaxy S21 series, S22 series, S23 series, the Z Fold3, Flip3, Fold4, and Flip4 are certainly eligible for Android 14. There are also several phones in the Galaxy A and M-series that will get the same treatment. It will come under One UI 4.0. OnePlus will announce the list of eligible phones, but we know that the OnePlus 9, 10, and 11 series will be among the eligible list for Android 14 and OxygenOS 14. 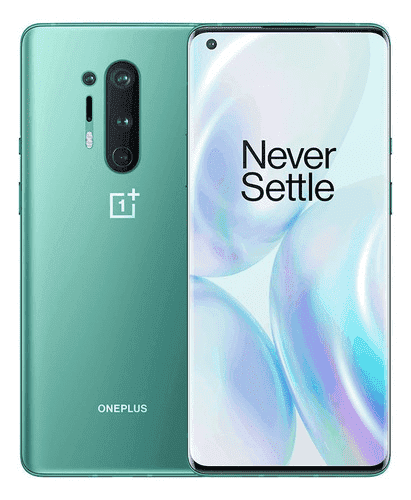 Xiaomi, Realme, Vivo, and Oppo will also offer Android 14 for most of its flagships and some relatively-new mid-range phones. An honorable mention is Nothing. The company currently has just one phone the Nothing Phone (1). While it is still giving small steps in the direction of Android 13, we know that it will come and Android 14 will come as well. The Carl Pei brand will offer three major updates for the handset and that means support until the Android 15 release.

The obvious presence in this list is Google with its Pixel phone series. All Pixel phones from the Pixel 4 and above will be eligible for this update. There is room for surprises, so we won’t set things in stone right now. The company promises three years of major Android updates for its phones. But honestly, we’re expecting the search giant to improve this offering with four or even five major updates. After all, if 3rd party OEMs can do it, why the one that “creates” new Android versions can’t?

The future is open – Editor Opinion on Android 14

We’re not taking major conclusions when it comes to the changes coming with Android 14. In the same way, we can’t determine which phones are getting the update with 100% sure. So, the future is totally open and we’ll need to keep following the news, the rumor mill, and the leaks to draw a clear picture of Android 14. We expect the big news to appear in February or March at the very least.

For Android 14, I’m expecting further improvements on Material You bringing consistency to the apps offered in the system. It’s still easy to find apps on Play Store that still use the “Holo” guidelines. Also, security is another topic that needs special attention. There are multiple scandals involving the lack of security, and unfortunately, Android has always been at the center of data breaches. It’s the world’s most used mobile OS, so it’s the number one target for hackers and attackers. Google needs to constantly evolve the security in its ecosystem, So I’m expecting even more changes in this regard.

Last but not least, maybe I’m asking too much, but with the launch of the Pixel Fold, I would love to see Android getting a full-fledged version ready for ARM-based computers. Android 14 could pretty much open the doors for it as iOS 14 did with the arrival of the first Apple M1 MacBook.