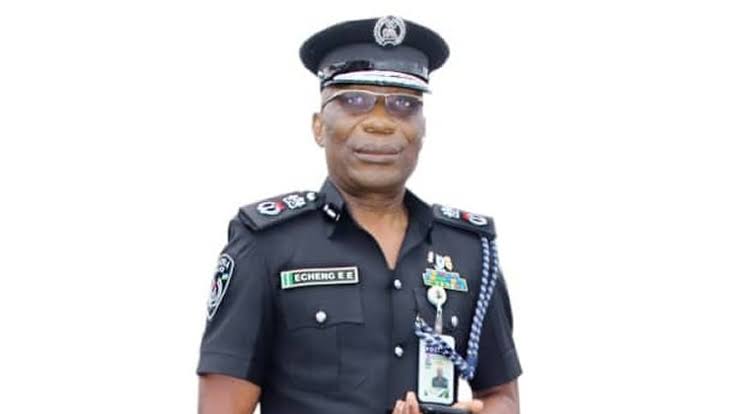 The Anambra State Commissioner of Police, Mr. Echeng Echeng, has said the deployed officers and men of the Nigeria Police Force ahead of the November 6, Governorship election has commenced street monitoring across the 181 communities in the state.

Mr. Echeng disclosed this at the Police Headquarters Amowbia while briefing the press on the force level of preparedness ahead of the poll.

He said the Inspector General of Police, Baba Alkali Usman, is very passionate with psychological attachment to the election, revealing that he had provided all the command needed for the exercise.

He urged the electorate to come out enmass to exercise their franchise, assuring of civility of his men, just as he warned trouble makers to steer clear of the electoral processes.

He said, “I assure you of a comprehensive water-tight around the clock security to make sure no breach of security of any kind occures.

“Our deployment is functional, purposeful, security arrangements aimed at enhancing public security and safety are strategic and deliberate before, during and after the election.

“The IGP is very passionate and has psychological attachment to the election. For everything this Command has asked for, he’s giving us even more. We have helicopter for aeriel surveillance, gunboats to patrol waterways, enough vehicles, among others.

From Friday (29th October, 2021) you will be seeing us on the streets because we intend to dominate the space and the dominance is to reassure the people of the state of their security to exercise their franchise on election day.

We’re going to be very civil to them but for the trouble makers, very firm and decisive.”

While enjoining the media to be objective in managing their assignments which he described as sensitive and critical, the CP added, “I count on your report devoid of sentiments in policing the state as far as the election is concerned.”

Echeng also dismissed his officers’ involvement in influencing election results, saying “Policemen don’t rig election. The DIG and AIG have been deployed to man the senatorial districts while the CPs will man the LGAs to make sure there’s no infraction on our part.

“The deployment of 34,000 personnel is not only about the number, but are there to build public confidence and to assure the citizens that their security is guaranteed.

“We are not out for the good people of the state but those who want to forment trouble, all to ensure the process go on seamless.”

He reassured the people of the state of comprehensive water-tight round the clock security before, during and after the November 6 governorship election.

Ovat Abeng is a renowned Journalist and a Reporter/Correspondent with THE PARADISE (TheParadise.Ng).