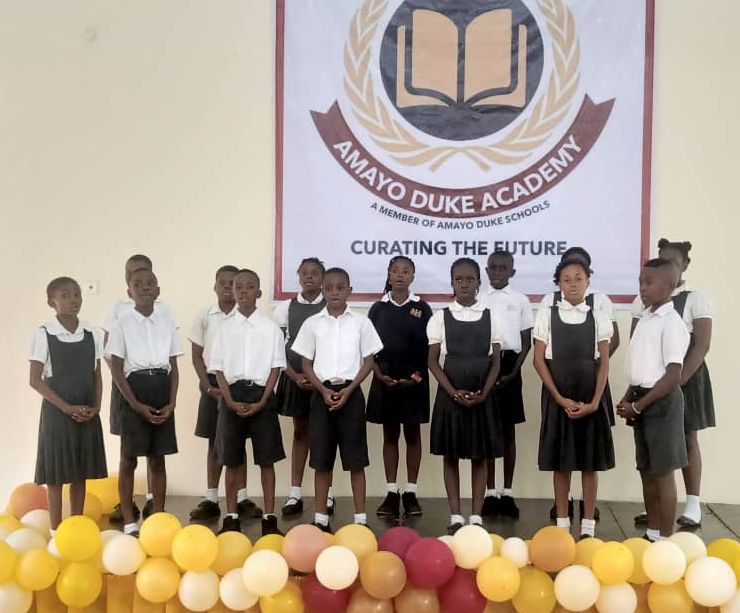 One of the fastest growing private schools in Calabar, the Amayo Duke Academy, has organized a colourful event to mark the end of 2021/2022 academic session.

The first batch of graduands from the junior secondary basic 9 were also celebrated and presented with various prizes for their outstanding performance during the first three years of study.

Speaking during the event held at the school located at No 18 Otuekong Orok Duke Street, formerly Efut Street, Calabar South Local Government Area on Wednesday, the Principal, Dr Patricia Edet, expressed gratitude to God for the successes Amayo Duke Academy has recorded within three years of its existence.

She lauded the teaching and non teaching staff for their commitment towards moulding students both in character and learning, even as she observed that “it is very difficult to mould children of different backgrounds to act as one, but we thank God that here in this school, our teachers have realized this and are putting all their efforts to make the children do well.”

Continuing, Dr Edet said “We have noticed that within these three years, the children have learnt a lot from academics to co-curricular activities. We have taken part in competitions, though because of the ages of the students, we don’t go out for every activity that we are called upon, but let it be noted that two years ago, the children went in for music competition organized by the Music Teacher’s Association, Cross River State Branch, and came back with some laurels. 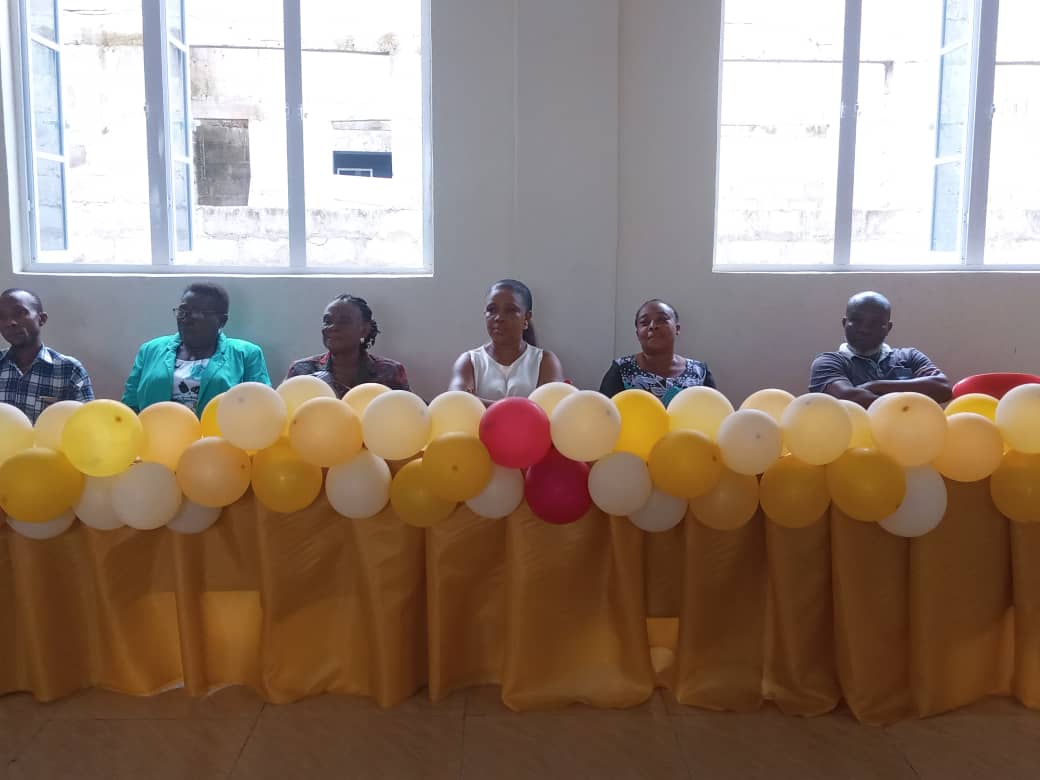 “Early this session, the children went for a competition called Spell-it Competition organized by NTA and all of them came back successful. It should be noted that we are now prepared for any competition as we move up to Senior Secondary School.”

The Principal also recalled that the school has had exhibition in Home Economics and Fine Arts in which students demonstrated their skills in the making of table mats, table cloths, brushes and graters, adding that this has sharpened their knowledge and helped in no small measure to simplify the practical examination taken at the junior secondary level. 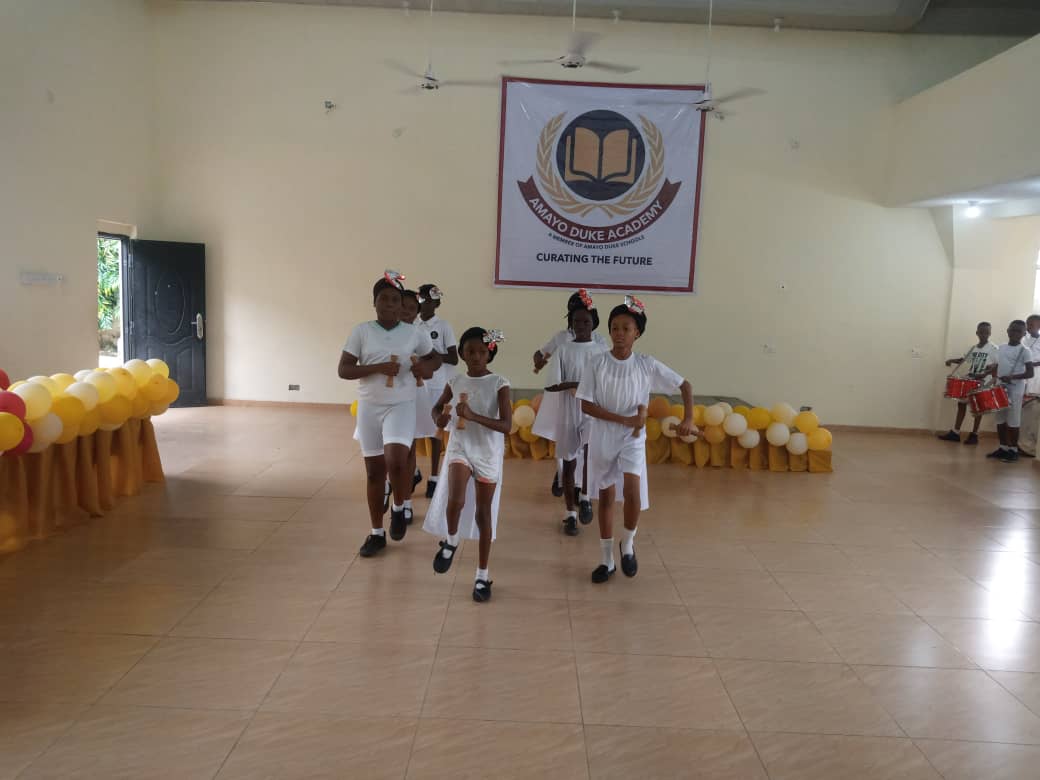 She, therefore, thanked the proprietor of the school for working to ensure that Amayo Duke Academy gained accreditation as one of the centers for the conduct of the National Examination Council (NECO’s) Basic Education Certificate Examination (BECE) in the state. 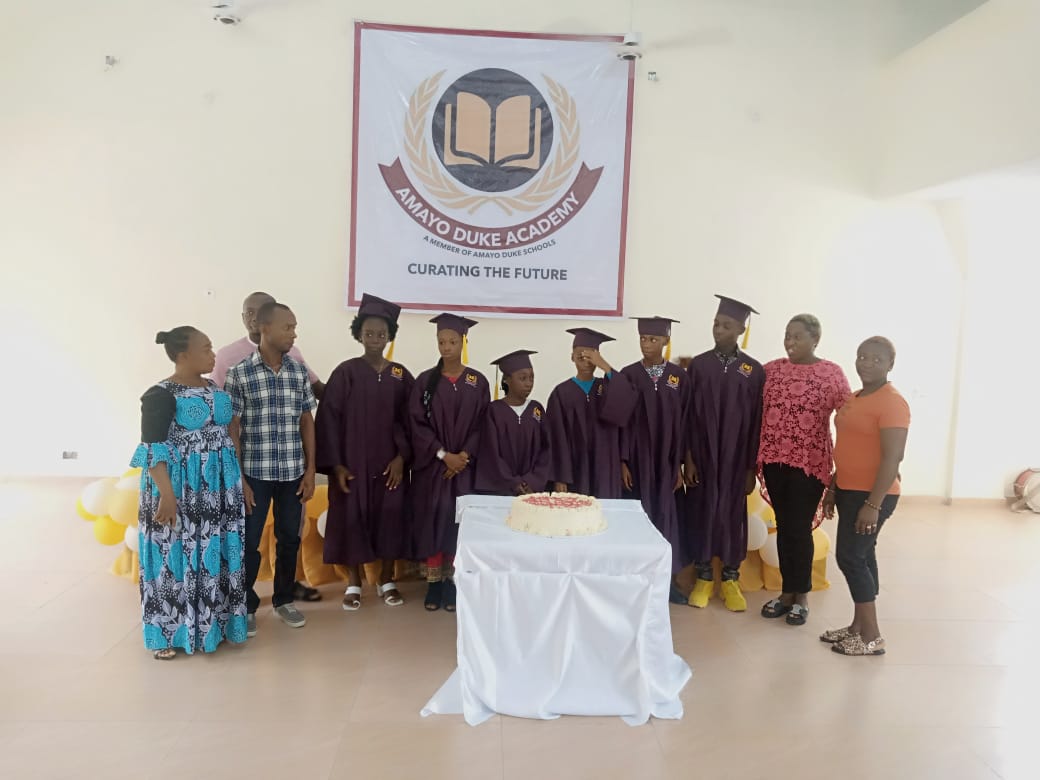 “The teachers equally did so well to prepare the students and themselves for inspection and the inspectors praised them. So all we need is to progress. I will not forget the effort of the parents/guardians who toil hard to provide school fees for their children. On behalf of all the children, I say thank you very much”, Dr Edet said.

Meanwhile in their separate remarks, some of the parents who were present at the event, commended the school for the high standard of learning. They declared that they were particularly delighted that the school offers subjects in foreign languages such as Dutch, Spanish and French. 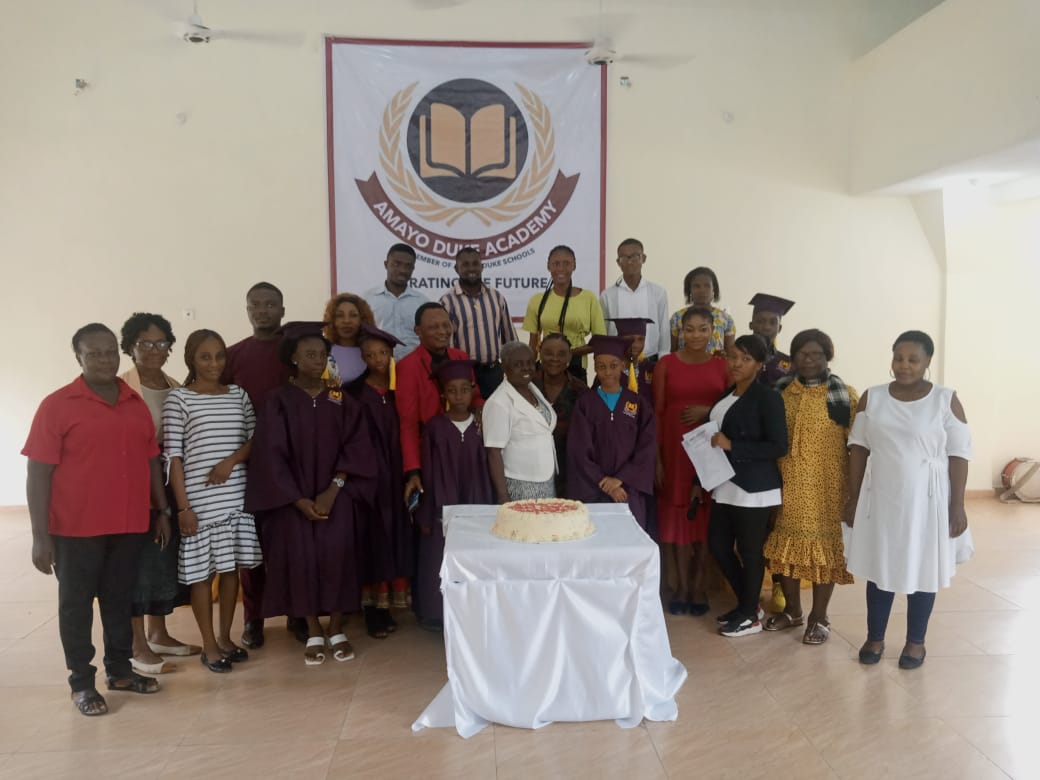 The parents said they had no regret whatsoever sending their children to study in Amayo Duke Academy, as they were getting real value for their money, while calling on others who desire quality education for their children to enroll them in the Academy.

Highpoints of the events were the presentation of certificates to Basic 9 graduands, song performances in Spanish, French and news reading in Dutch. 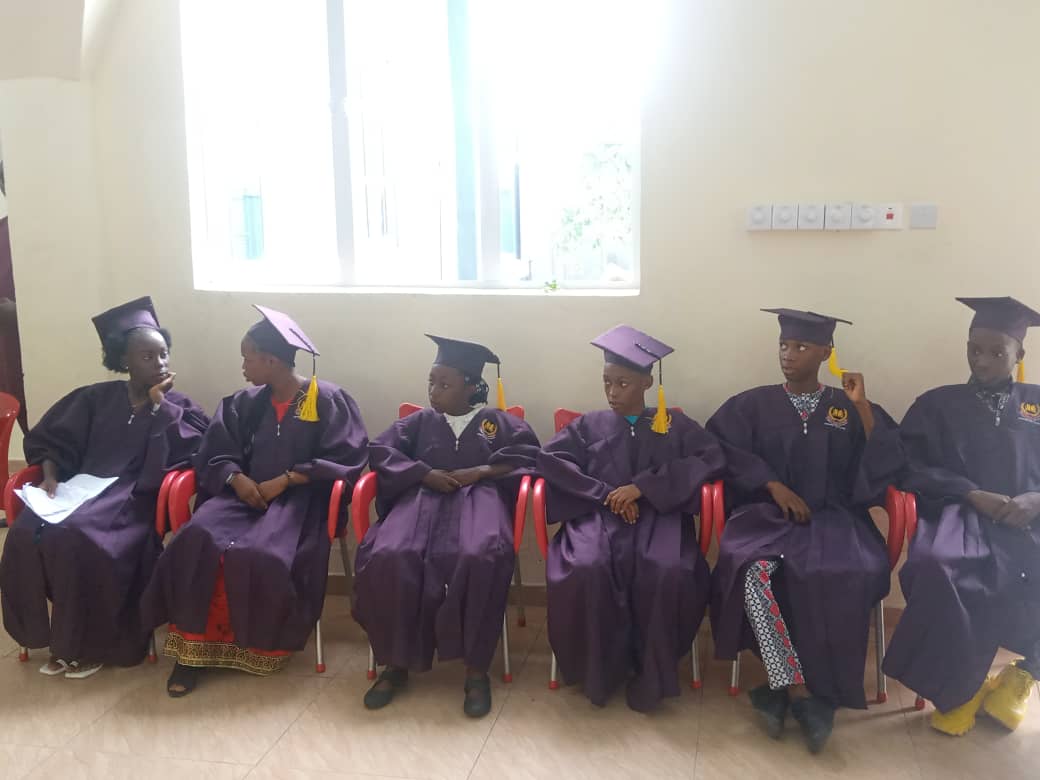 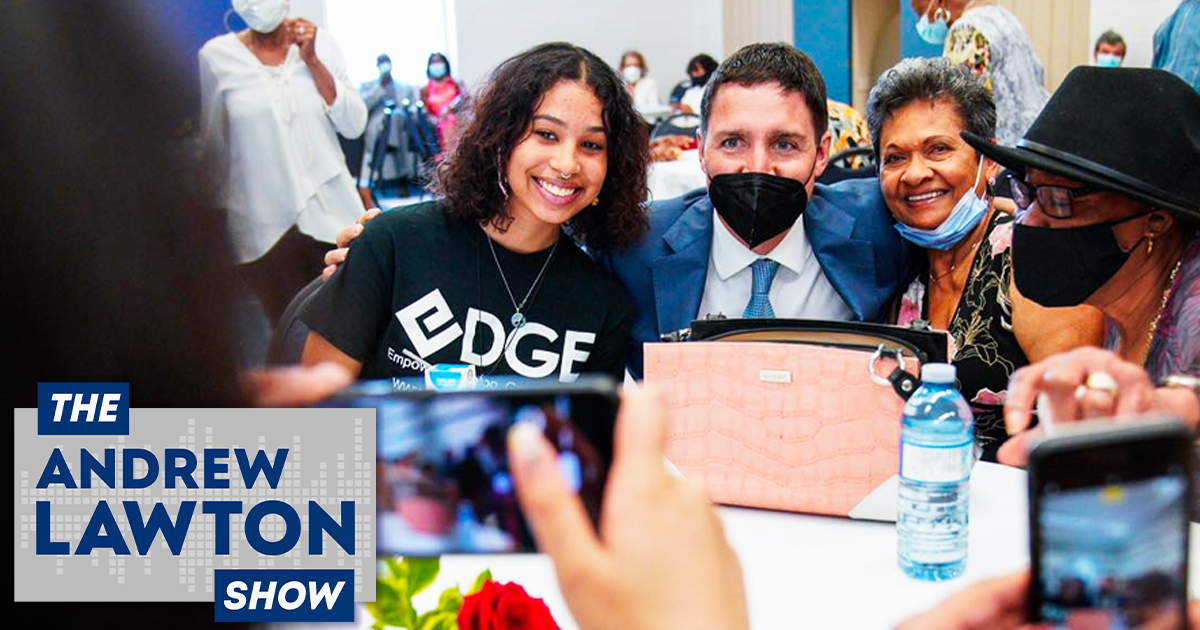