The Unity Hands roundabout in Calabar, Cross River State, Nigeria, was executed in 2006 by an Artist, Sculptor Okon Ukpong.

The monument signifies the following:

1. Unity of purpose
Takes a Nation to the top,
Once we are United,
Nothing can break us.
Let our Hands Embrace
To take Cross River State to the top.

2. United is Strength
Once we are United
The stronger we become.
Let’s join Hands
To take our Nation to Canaan;
The promise land of Milk and Honey.

To preserve the monument, the Cross River State Government through the Ministry of Environment under the leadership of Mr Mfon Bassey, has given the monument a face lift. Bassey is one Commissioner who is always on the field with his workers to ensure that the work is done rightly and at the appropriate time without excuses.

The iconic image has been remodeled with Synthetic Marble to bring out the beauty of the long age monument.

One of Cross River State export to the world is tourism and to complement that, statutes, monuments and artifacts must be given a facelift to meet tourists expectations.

Aside the Unity Hands, other monuments and statutes in the metropolis are at various stages of completion with new aesthetic designs and creative touch to create a balance.

More so, there have been a significant improvement on the environment as it concerns cleanliness and evacuation of waste including the desilting of gutters to allow for a free flow of water to avert flooding and erosion.

No doubt, the Commissioner for Environment is a round peg in a round hole. Five months into office, Calabar is already regaining her lost glory of the most “Clean and Green” city in Nigeria.

When a government places competent hands at various sectors, the result can’t be short of excellence.

Gov. Ben Ayade has achieved tremendous strides in environmental cleanliness which is the hallmark of our wellbeing. The Commissioner should be supported to do more.

See photos of Unity Hands roundabout in Calabar, below; 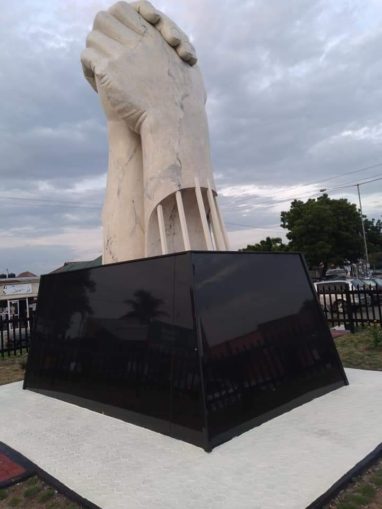 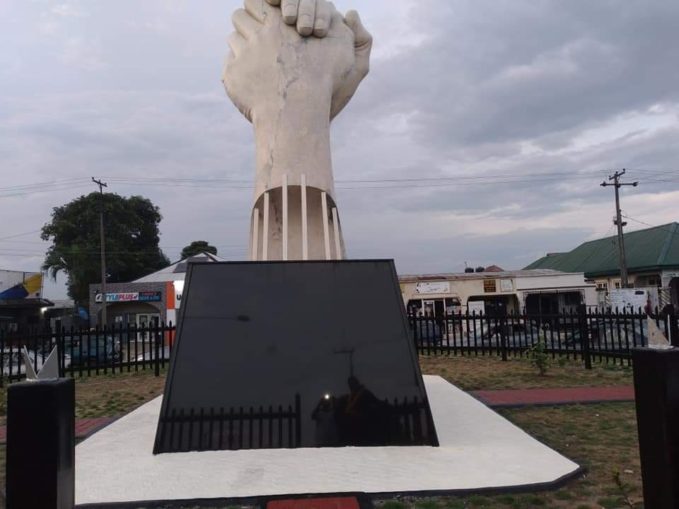 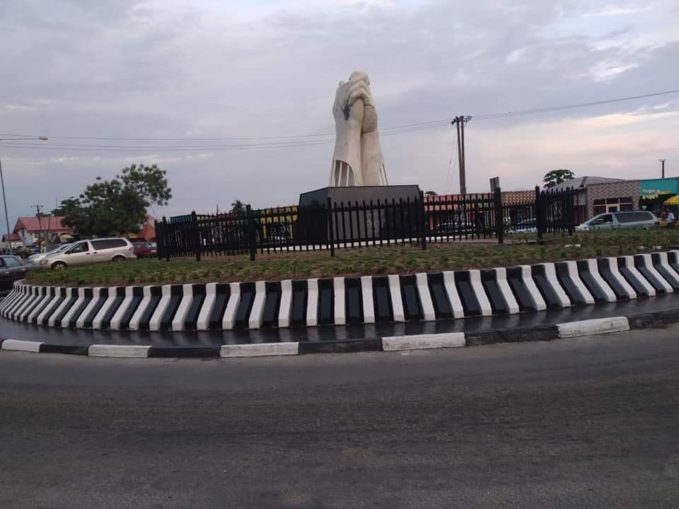