After Neglecting Obudu Ranch Resort To Rot Away, Ayade Allegedly Moves To Convert It To Private Estate

Between 1999 to 2015, Obudu Ranch Resort was the hotbed of tourism destination in Cross River State nay Nigeria. Tourists within and outside the country were trooping in their numbers to visit the alluring, green, cold and serene site. The resort had world-class facilities like cable cars, state-of-the-art hotels, relaxation centres, international events halls, amongst others which were always of interest to tourists.

The resort played host to several important personalities including Presidents, Governors, Ministers, Senators from Nigeria and abroad. Top leaders from even Europe and other continents would prefer to visit the resort for holidays than travel to places like Dubai in the United Arab Emirates (UAE), Paris in Francis, or other places.

Annually, the resort was hosting an international racing event, the Obudu Mountain Race which was well recognised and added to the International Athletics Federation (IAF) annual calendar. Internationally recognised Athletes were coming from across the world to participate in the event.

Beyond the fact that these activities placed the state and country in the spotlight for rapid development, there also boasted serious economic activities. The small and medium scale enterprises benefited greatly from this activity and influx of tourists.

The hospitality industry in the entire state blossomed at a time as hotels were always, usually fully booked. Some tourists would prefer to travel to Calabar to see the beautiful city, then take a trip to Ikom to enjoy the beautiful sight of the Agbokim Waterfall and finally to the Ranch. The functionality of the Ranch resort directly or indirectly had impact on the other tourism destinations in the state which have also gone down the drain like the Ranch.

When Governor Ben Ayade took over power from Sen. Liyel Imoke as Governor in 2015, a lot was expected from him being the first Governor from the Cross River Northern Senatorial District which housed the resort. In fact, Ayade is from Obudu local government which is a neighbouring and mother local government to Obanliku, the natural inhabitant of the resort.

Basking on that euphoria, Cross River indigenes and tourists alike had expected that Ayade would build on what he inherited by making the resort better but unfortunately, such hopes have been dashed as the Governor abandoned the place to rot away in neglect. 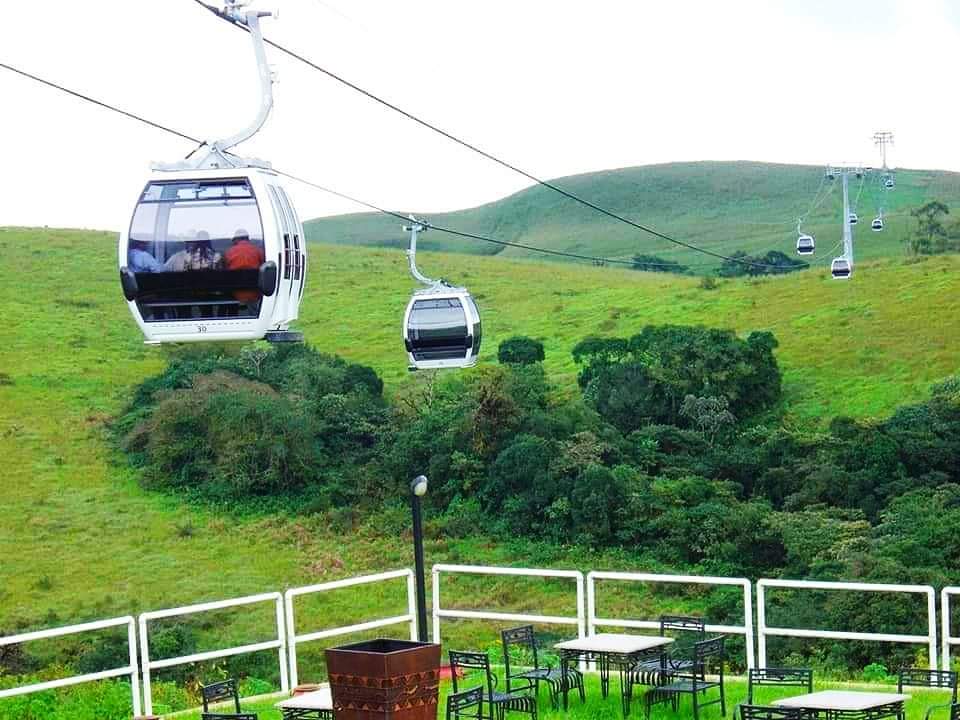 The cable cars and Bebi Airstrip which the Donald Duke administration had put in place to ease transportation of tourists, visitors and athletes to and fro the resort stopped working few months after Ayade assumed office.

In the same vein, the Obudu Mountain Race that complemented activities at the ranch was discontinued on a very loquacious excuse that the state didn’t have the resources to continue with the event. Athletes who won prizes in the 2014 edition were denied their rewards. This was despite the fact that the majority of the funds for the event were sourced from donors and organisations like DSTV, banks, etc.

The Governor stopped paying all the staff working in different units of the resorts on the excuse that they were not generating enough revenue from the resort to earn any pay. After several protests by staff to demand their payments yielded no results, they all abandoned the place. 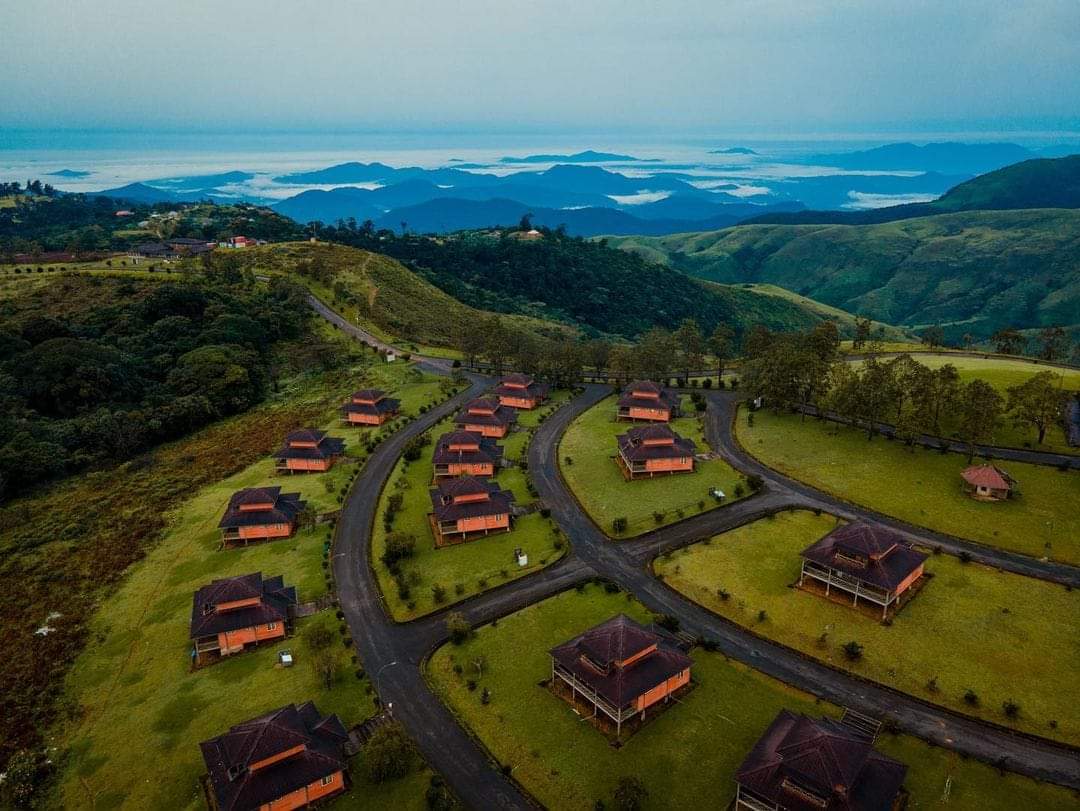 For a resort that enjoyed 24/7 electricity pre-Ayade, the power supply became almost nonexistent under him, as the generators are either faulty or not supplied diesel. All the facilities in the hotels that depended on electricity to function including televisions, cable networks, water heaters, heaters and other sophisticated facilities were all abandoned to waste away.

As people continue to direct criticism at the Governor for leaving Nigeria’s famous tourists site which many think if properly managed can generate huge revenue for the state to waste away, Ayade has surprisingly demonstrated that he had a plan, howbeit, unpopular.

As the General infrastructure is wasting away, Ayade is quietly working to convert the place to his personal estate. Just recently, he completed a multimillion naira mansion at the heart of the government-controlled land which was earmarked for other developmental projects that would have had a far-reaching economic impact on the people. The expensive building is connected to a private generator which the Governor travels with to and fro – and it is only powered to supply steady electricity when he is around. Other places including the hotels are in total darkness. 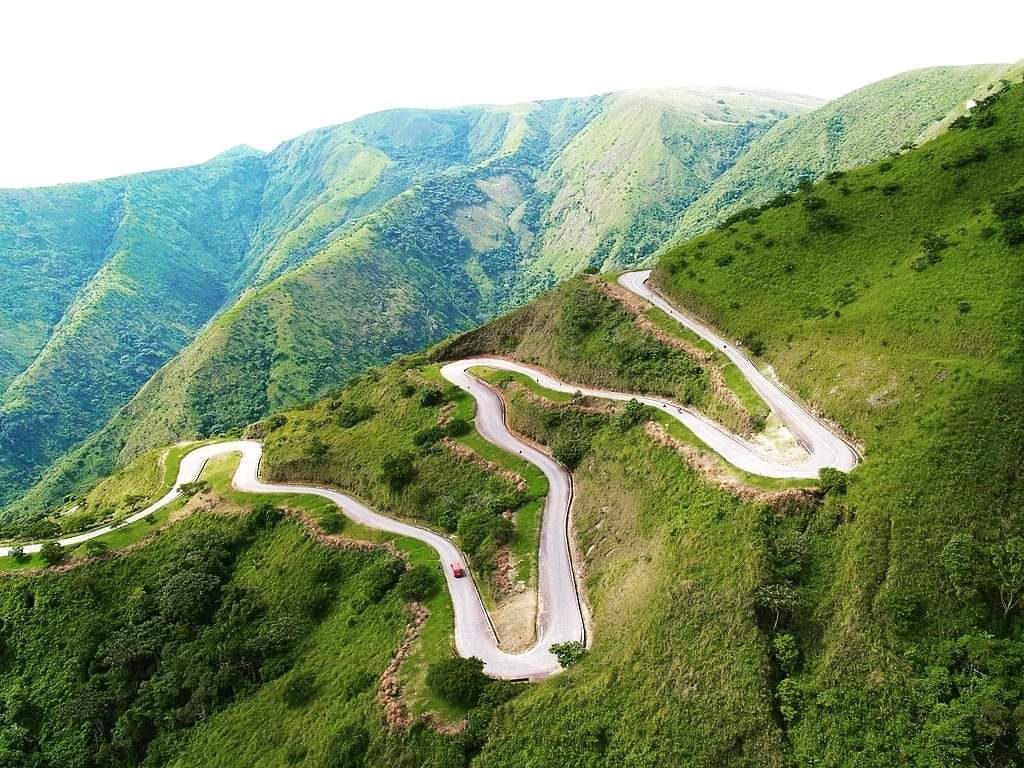 Aside from this, the Governor is also secretly building a private milking factory up the Ranch in another piece of land earmarked for something else – according to the approved map of the resort. It is rumoured that he has started a big livestock farming and is building the milking factory to complement it. While the initiative is good, people have continued to raise eyebrows why he allowed the ranch to rot away but quietly building a home and business for himself and not even the state.

With the controversies that have surrounded him over his primitive love for land grabbing, the locals are worried and threatening that they won’t seat and watch him convert a place he killed for personal use.

What The Government Is Saying

On September 28, 2021, in Calabar, the state capital, Mr John Odo, Chairman, Cross River State Privatization Council said the State Government is not privatising 46 industries and ventures (including the Ranch) to sell to cronies.

THE PARADISE quoted Odo saying: “We have 46 industries shortlisted for privatisation and none has been privatised. We wouldn’t have involved ourselves in the Referendum Questionnaires if we’re to privatise to sell or to sell to cronies. We will be happy if we have a Cross Riverian acquires one of these industries – like the Biakpan Rubber Plantation was acquired by a Cross Riverian and they are doing very well, they pay salaries on time and the staff are fairing well”.