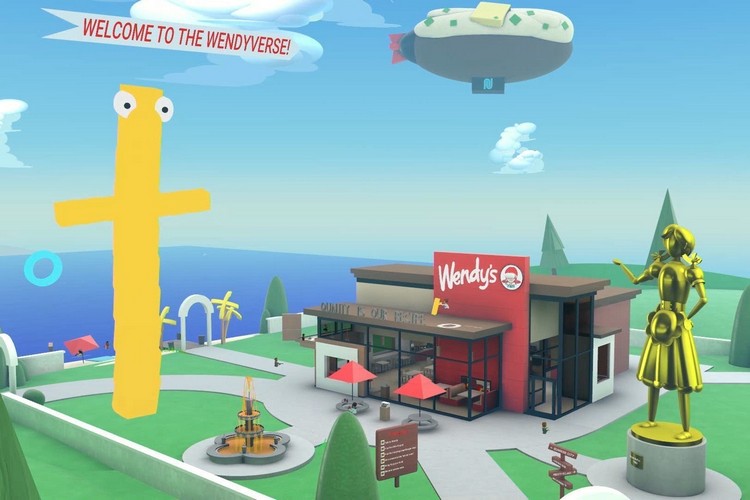 Following in the footsteps of other brands like Nike, McDonald’s, and Heineken, the global fast-food chain Wendy’s has now entered the metaverse. The company recently announced the launch of Wendyverse in Meta’s Horizon World virtual environment, which will allow people to explore the virtual Wendy’s restaurant and other places around it using the Quest 2 VR headset. Let’s take a look at the details below.

Wendy’s recently shared an official blog post to announce the launch of the Wendyverse in Horizon Worlds, which is a virtual environment for Meta’s Quest 2 and Rift S users to explore, play, and interact with other users. With Wendyverse, the company aims to provide “all-new 3D opportunities to virtually interact with each other and the brand.”

While Town Square Central has a virtual Wendy’s restaurant, where users can meet with their friends over a virtual meal, the Partnership Plaza has the Buck Biscuitdome building, where users will be able to play various mini-games, involving Wendy’s food options like burgers, shakes, and fries.

“For years we’ve been meeting our fans in unexpected ways and places with our unique approach to social media, gaming, and engagement. We’re excited to take this to the next level by launching the Wendyverse in Meta’s Horizon Worlds and bringing a totally new dimension of access to our fans. Truly a first of its kind, the Wendyverse bridges the best of today with tomorrow to show up for our fans across every world – with a Frosty® and fries in hand,” Carl Loredo, the Chief Marketing Officer at The Wendy’s Company, said in a statement.

Now, it is worth mentioning that users will need a Meta Quest 2 headset to access the Wendyverse. But, a viewer-only version is available at Wendyverse.com for those who do not have a headset. So, what do you think about the metaverse initiative by Wendy’s? Let us know in the comments below.