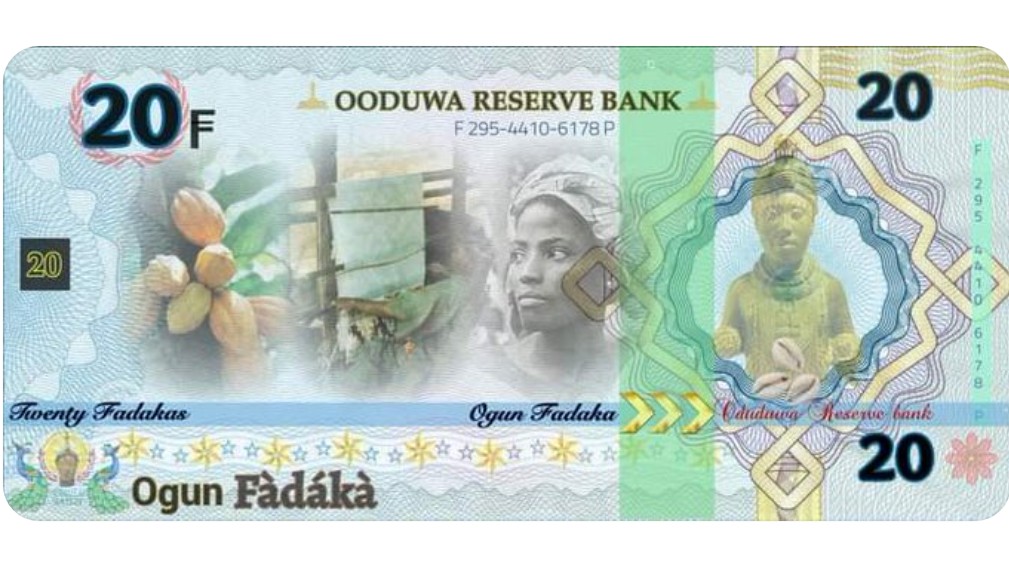 A group agitating the independence of the Yoruba nation on Twitter has introduced the currency for the proposed Yoruba nation, Oduduwa Republic.

The group posted the image of the proposed currency on its Twitter handle @OduduwaRepublic, on Sunday.

The tweet read: “Oduduwa National Currency shall be called ‘FADAKA’ Meaning Silver .. or short as just ‘FAD’ Here is a 20 Fadaka Sample Banknote.”

Akintoye and Igboho, among other Yoruba leaders stated that the Yoruba nation can be independent and yet, thrive.

Professor Akintoye said the most important thing for the Yoruba nation is to learn to work towards its sovereignty.

According to him, this is not a time to discuss issues surrounding restructuring, resource control or a new constitution but rather to secede from Nigeria.

He urged all Yoruba patriots to work together for the independence of the Yoruba nation, urging the young ones not to involve violence but peaceful deliberations.

“We have declared that sovereignty now but we must work together. We have just talked about what the Yoruba nation is suffering in Nigeria. There should be no reason why we cannot all work together to extricate ourselves from this rubble that Nigeria has become.

“My advice to young people is to gather together, speak to leaders hesitating about Nigeria, there is no reason for any Yoruba person to be talking about restructuring or a new constitution or resource control, the game is up, we have seen enough of Nigeria, we have decided our status in the world today, we have moved forward, let us move smoothly without any violence, don’t fight anyone. There should be no war, we are going to have a separate Yoruba conference very soon.”

Igboho, also said the South-West states were no longer under Nigeria.

He urged Yoruba people living in other parts of the country to return to the South-West.

He said, “All the Yoruba youth in this land support our father (Banji Akintoye). We are in support because we know that these are our real fathers who understand that we are fighting for our rights against people that are disturbing us on our land. If we meet any Fulani herdsman, we are ready to face and destroy them starting from now, if any policeman attacks us for that, we are ready for them.

“We are ready to challenge a country that has nothing for the Yoruba people, we are taking back our territory. I meet with 5 years old, 6 years old children, that have no fathers, mothers, nothing, these children smoke Indian hemp, this country is finished, we don’t want Nigeria again, we want the Yoruba nation, we don’t fear anybody, we fear only God, enough is enough.

“Fulanis are cheating us, they rape our women, make videos of that so we can see. Benin Republic is not up to Osun State, and they are living in peace, there is security. Yoruba citizens are going to work as maids there, some of our people are even sent back when they don’t have their papers. When some of us here were little, Ghanaians come here to work as cobblers, but now, Yorubas are asked to leave.

“No Yoruba person holds a major political position in Nigeria, this is the 14th year a Yoruba man was the Inspector-General of Police, no Yoruba man was ever a Chief of Army Staff, no Yoruba has been in that position. Hausa Fulani heads everything, instead, they gave us the position of Vice President that cannot make any major decision.

“All Yoruba citizens are in support of our move to secede, Banji Akintoye, Afenifere, the Yorubas know about it, any of them that says he is not in support should make a video and refute this claim.

“If we learn that a soldier or police touches one of us, there will be trouble, we don’t want Fulani herdsmen, they should go their way. From tomorrow, we will go from place to place and sensitize people about security, we won’t see Fulani again.

“These herdsmen go about to destroy our crops and then end up selling food to us, is that not slavery? The average Seriki Fulani palace is bigger than that of a Yoruba king. We thank the Olubadan for disempowering a Seriki Fulani and placed him under a Baale. What the Fulanis do here, no Yoruba citizen can do such in the North. Why are we slaves in our land?

“There are Yorubas in different countries of the world. We plead with the United Nations to separate us from Nigeria before it turns to war, if they don’t come, it will be worse than this. As it stands now, we are no longer Nigeria, we are no longer under dictatorial government, we sleep in fear, eat in fear, are we slaves?

“Some say Yoruba people are not united, we are! If you want to try us, touch one of us. Any king that says he is not with us, should make a video and make his claim. Yoruba citizens in Hausa land, come back homes this suffering is enough.” 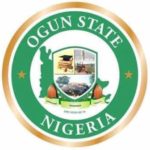 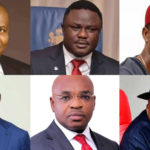