8 in 10 occupations have a gender pay gap 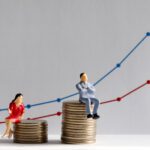 New analysis of the Office for National Statistics’ 2022 gender pay gap figures, by HR systems provider Ciphr, reveals that the majority of UK occupations still have a pay gap that favours men.

Only 2% of occupations with 50,000 plus workers have no reported pay gaps, and nearly one in five (19%) have gender pay gaps in favour of women.

Pay gaps do vary considerably by role – ranging from -22.9% for special needs teachers to 0.2% for nurses and 30.1% for vehicle mechanics. There are also differences by industry, age, and geographical location. Across all occupations in the UK, the Office for National Statistics (ONS) puts the average median gender pay gap at 14.9%. This means that, on an hourly basis, women, on average, earn 85p for every pound earned by a man.

Ciphr’s gender pay gap study – based on the latest official data from the ONS – found that around 19 million workers are employed in occupations with a gender pay gap of 1% or higher in favour of men. Signalling that, despite years of reforms and inclusive policies and initiatives aimed at reducing gender pay disparities, there’s still a long way to go to close the gap. This is especially the case for workers doing some of the most popular jobs in the UK.

The three occupations with the largest workforces, employing more than 2.2 million people in 2022, are nurses (other nursing professionals), sales and retail assistants, and care workers and home carers. The average gender pay gaps for those three occupational groups are 0.2%, 2.8%, and -1% respectively (in 2021, the pay gaps were 4%, 5%, and 1.7%).

Over half a million (576,500) employees hold administrative or clerical job roles, making it the fourth largest occupation in the UK. While nearly three-quarters (74%) of these workers are women, it has an 8.9% gender pay gap in favour of men (it was 10.5% in 2021).

Indeed, women make up the majority (60% or higher) of the workforce in seven of the top ten jobs with the largest number of employees, yet all but two have gender pay gaps in favour of men. Comparable data does show, however, that most jobs with over 215,000 employees have narrowed their gender pay gaps since 2021.

The most popular jobs in the UK (and their gender pay gaps), ranked by number of people employed:

The only occupations with over 50,000 employees that have no reported gender pay gaps for 2022 are retail cashiers and check-out operators, bar staff, and buyers and procurement officers.

Some of the occupations that have the narrowest pay gaps (of between 0.9% and -0.9%) include pharmacists, primary school teachers, civil engineers, chefs, data analysts, and HR officers. Interestingly, the gender pay gap for HR managers and directors is much higher at 6.5%.

It’s also worth noting that over 3 million employees work in occupations with a negative gender pay gap of -1% or more (roles which pay women more on average). Some examples include waiters and waitresses, IT operations technicians, hairdressers and barbers, call centre workers, midwives, GPs, and PAs.

Some of the female-dominated occupations with the largest gender pay gaps for full-time workers in favour of men include legal associate professionals, such as conveyancers, paralegals, and law clerks (18.1% pay gap), other health professionals n.e.c. – including dieticians, physiologists, and mental health workers (11.7%), office managers (10.4%), and public relations professionals (8.9%).

It’s a similar picture for entire occupational groups (the UK’s workforce is split into 26 sub-major groups by the ONS). Take full-time health professionals, for example. Although its workforce is predominantly female (around seven women to three men), it has the second widest pay gap at 14%.

Workers in leisure, travel, and related personal service occupations – which has a more balanced workforce split of 57% women and 43% men – also have to contend with a significant 11% pay gap (the fifth biggest in the UK).

Occupational groups with the largest proportion of women in the workforce, ranked by widest gender pay gaps in 2022:

Among its many findings, Ciphr’s study highlights the scale of pay disparities for workers over 40 years old, compared to those under 40 years old. According to the ONS’ figures, the gender pay gap for full-time workers jumps from 3.2% for people in their thirties to 10.9% for those in their forties (and higher still for those over 50).

The pay gap data for occupational groups that have workforces of over a million people or more, all show similar increases. Business and public service associate professionals see one of the biggest rises, from 7.7% for workers aged 30-39 to 15.2% for those aged 40-49.

The largest occupation, with over 2.1 million full-time employees, is science, engineering and technology associate professionals. The gender pay gap for STEM professionals in their twenties is 2.3%, in their thirties it’s 8.3%, and by their forties it’s 12.2%.

Claire Williams, chief people officer at Ciphr, says: “The latest gender pay gap figures from the Office for National Statistics are disappointing, to say the least, especially given the ever-increasing spotlight on inclusive policies and initiatives and pressure for employers to close the gap.

“It is particularly worrying to see the increase in the gender pay gap for those aged 40 and above. There will be multiple reasons for this but is most likely a result of the ‘motherhood penalty’ – where working mothers may need part-time roles or more flexible working arrangements to support their children and families, and find that the need for such roles limits their progression up the career ladder. Many women also have to battle against assumptions around lower perceived competence and commitment, higher professional expectations, lower likelihood of hiring and promotion, and lower recommended salaries. Any of these factors can have a big impact on women being given fair and equal opportunities and pay.

“Far more needs to be done, and quickly, to hold employers accountable. More robust gender pay gap reporting, an overhaul of the childcare support available to working parents, making flexible working the norm, and introduction of measures to minimise the disproportionate impact of the cost-of-living crisis on women in particular. And, of course, better representation of women and ethnic minorities at all levels, in all roles, is vital to driving change in an organisation. It’s also the best way of attracting and retaining the best employees.”

All gender pay gap data was sourced from the Office for National Statistics and is based on the provisional datasets for all employees (including full-time and part-time but not self-employed workers) released last month. Workforce numbers, where available, were sourced from Nomis’ Annual Population Survey – January to December 2021 dataset.