Mass sociogenic illness—also known as mass hysteria, epidemic hysteria or hysterical contagion—occurs when symptoms without a clear medical cause spread among members of a community. “Think of it as the placebo effect in reverse,” says Dr. Robert Bartholomew, honorary senior lecturer, Department of Psychological Medicine, Auckland University.

For centuries, human societies have sought to identify the cause of mass hysteria. The Salem Witch Trials accused women of witchcraft. During the height of World War II anxiety, the inhabitants of Mattoon, Illinois, feared a rogue agent wielding poisonous gas. “Mass hysterias and social panics are barometers of the time and reflect our collective fears,” says Bartholomew. The imagined causes behind these real symptoms reveal the anxieties of each era. Here are seven such cases throughout history.

It all started on a summer’s day in Strasbourg when Frau Troffea began dancing in the streets and didn’t stop for almost a week. Within a month, 400 citizens of the eastern French city were afflicted with the urge to dance until they dropped. And drop they did—of strokes, heart attacks and exhaustion.

Authorities blamed the trance-like state on “hot blood” and mandated that the afflicted dance day and night to exorcise their demons, even constructing a stage and hiring dancers and musicians. This led to an even greater frenzy. Versions of the dancing plague spread to Germany, Holland and Switzerland.

Some historians proposed the dancers accidentally ingested ergot, a toxic mold with links to spasms—but that wouldn’t explain the incredible endurance of their fits. Others point to stress related to disease and famine sweeping the region and a suggestible population who believed in the “dancing curse” St. Vitus.

In January 1692, nine-year-old Elizabeth Parris and her cousin, 11-year-old Abigail Williams, began convulsing in Salem Village: “These children were bitten and pinched by invisible agents…Sometimes they were taken dumb, their mouths stopped, their throats choked, their limbs wracked and tormented,” wrote a local clergyman.

A doctor called to the scene proclaimed the cousins bewitched; soon, girls throughout Salem Village were experiencing fits. Looking for a scapegoat, the Salem witch trials pitted neighbor against neighbor: “Salem Village suffered from extreme factionalism that focused around its controversial minister, Samuel Parris, and fears of declining religious fervor,” says Emerson Baker, author of A Storm of Witchcraft: The Salem Trials and the American Experience. “People were worried about whether or not the new government would be able to defend the colony from the devastating frontier war Massachusetts had been losing to the French and their Native American allies. This was happening just as a lethal smallpox was ending.” Hunger and inflation were rampant thanks to the extreme temperatures of the “Little Ice Age” that decimated crops.

Blame was focused on unpopular women (and six men) in town, starting with Tituba, an enslaved woman in the Parris household, and extending to residents perceived as “other” or threatening to the fragile status quo. The last Salem “witch” was pardoned 329 years after her conviction.

In 1892, the hands of schoolgirls in Groß Tinz, Germany began uncontrollably shaking when they tried to write. Some experienced amnesia and altered consciousness. The following year, students in Basel, Switzerland began quaking.

“The writing tremor of latter 19th-century Europe was a direct result of a new teaching method which viewed the mind as a muscle that needed exercise,” says Dr. Bartholomew. The tedious and repetitive exercises exacted a physical toll on students. “This was a subconscious way to get out of the dreaded writing classes,” Bartholomew says.

During the height of World War II paranoia, the town of Mattoon, Illinois filled with reports of a mystery man spraying gas on unsuspecting victims. The first was Aline Kearney, who described “a sickening, sweet odor in the bedroom” that led to “paralysis of my legs and lower body.” When Kearney’s husband returned from work that night, he saw a stranger outside their home. The Kearneys’ story was published on the front page of the local paper, which proclaimed there was an “‘Anesthetic Prowler’ on Loose.” Soon, the entire town was filled with reports of similar sightings and symptoms. The only thing traveling faster was news of the prowler, which made global headlines and incited panic. The mystery assailant was never found.

In June of 1962, 60 workers in a U.S. textile mill began to come down with bizarre symptoms: rashes, nausea and numbness. The media quickly latched onto the story, naming it the “June Bug Plague” for the insects the workers believed were making them sick. Yet entomologists called to the scene found no trace of June bugs.

Psychologists who interviewed the sick workers found that more than 90 percent of victims worked the same shift, most worked overtime hours and that 50 of them only began reporting their symptoms after they had seen media coverage of the outbreak. Stress, coupled with the power of suggestion, were the likely culprits.

Following sweeping changes after a hard-won fight for independence from Britain in 1961, the East African territory now known as Tanzania closed its schools for weeks as dozens of schoolgirls found themselves unable to stop laughing. By the end of the epidemic, over 1,0000 people were swept up and four schools were forced to temporarily close. It wasn’t a laughing matter; stressed-out students also exhibited rashes, fainting and respiratory problems. The official diagnosis was mass hysteria.

Power outages rocked Delhi during a heatwave in May 2001. Residents seeking relief from the heat by sleeping on their rooftops began reporting attacks by a mysterious creature that appeared to be part monkey, part man. The victims, mostly men of low socioeconomic status, came to doctors with confounding injuries like bite marks. Two people died from falling down in fear—one from a roof, the other on a flight of stairs. A medical report commissioned by police found the wounds to be self-inflicted and the hysteria flamed by images in the media and out-of-control gossip frightening locals.

Demon possession, mad gassers and monkey men may seem easy to ridicule, but the fears and pain these panics caused were real. “The diagnosis of mass sociogenic illness by public health officials is often met with public controversy and outcry because there is a stigma…that victims are mentally disturbed, ‘crazy’ or faking it. This is not true,” says Bartholomew. “Mass sociogenic illness is driven by a belief. We all have beliefs, therefore, we are all potential victims.”

WATCH: The Plague on HISTORY Vault 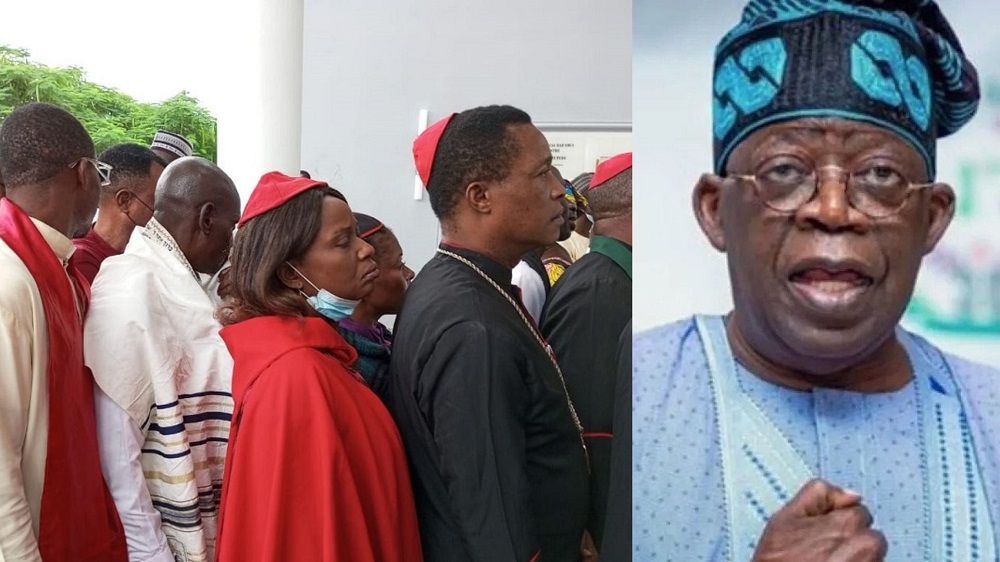