There was a time when the phrase “Made in China” was associated with something priced low and of poor quality. This was also true for smartphones. In the early-2000s, Chinese smartphones were the copy-cats of the iPhone and Nokia. However, everything changes. The Chinese manufacturers have begun making still cheap but already quality products. As you guess, they are very competitive now. Even the formerly-known Chinese Apple, Xiaomi, competes directly to the “original” Apple in the premium segment. So now, when saying Chinese smartphones, we think about a phone that looks stylish, performs well, and comes with many innovations. If you still doubt that this description is true, we recommend you look at these phones that have made a stir since their launch and have almost no equals on the market.

For a long time, OnePlus has been making only premium smartphones. This brand was associated with flagship smartphones. However, now, there is the Nord series, which includes low-end and mid-range models. But to retain its name, the company still makes flagships. In this sense, the OnePlus 10 Pro represents what the company is capable of at the moment.

The OnePlus 10 Pro was one of the first models to come with the Qualcomm Snapdragon 8 Gen 1 SoC. The highest version sports 12 GB of RAM with 256 GB of storage.

On the front, we have a 6.7-inch AMOLED display with quad HD+ resolution. Honestly, the screen is one of the selling points of this device. It supports an LTPO 2.0 panel, which provides a smarter adaptive refresh rate. So you can adjust it from 1 Hz to 120 Hz. Apart from this, the screen has 500 nits and 1000 nits of brightness for more accurate colors across multiple brightness levels.

On the back, the handset carries a triple camera setup, which includes a main 48 MP Sony IMX 789 sensor, and 50 MP ultrawide Samsung JN1 sensor, and an 8 MP telephoto camera. Of course, the camera supports Hasselblad features. The front-facing camera has a 32 MP resolution.

In terms of battery and endurance, this smartphone from a well-known Chinese smartphone maker has a 5000mAh battery, which supports 80W wired charging and 50W wireless charging. The phone runs OxygenOS 12.1 based on Android 12.

At its launch, among all Chinese smartphones and not-only, the Xiaomi MIX 4 was considered to be the most innovative smartphone. The reason was that our protagonist was the first smartphone in Xiaomi’s history to come with an under-screen camera and the world’s first to come with a Snapdragon 888 Plus chip.

The screen has always been the biggest highlight of Xiaomi MIX series models. The Xiaomi MIX 4 is no exception. It sports a curved 6.67-inch AMOLED display with a 10-bit TrueColor. Apart from this, the screen boasts of a Full HD+ resolution, a 120 Hz refresh rate, and a 480Hz touch-sampling rate. It’s protected with the Corning Gorilla Glass Victus coating.

Under this beautiful screen, we can find a 20MP selfie camera. Due to innovative technologies, the camera is not visible to the naked eye. 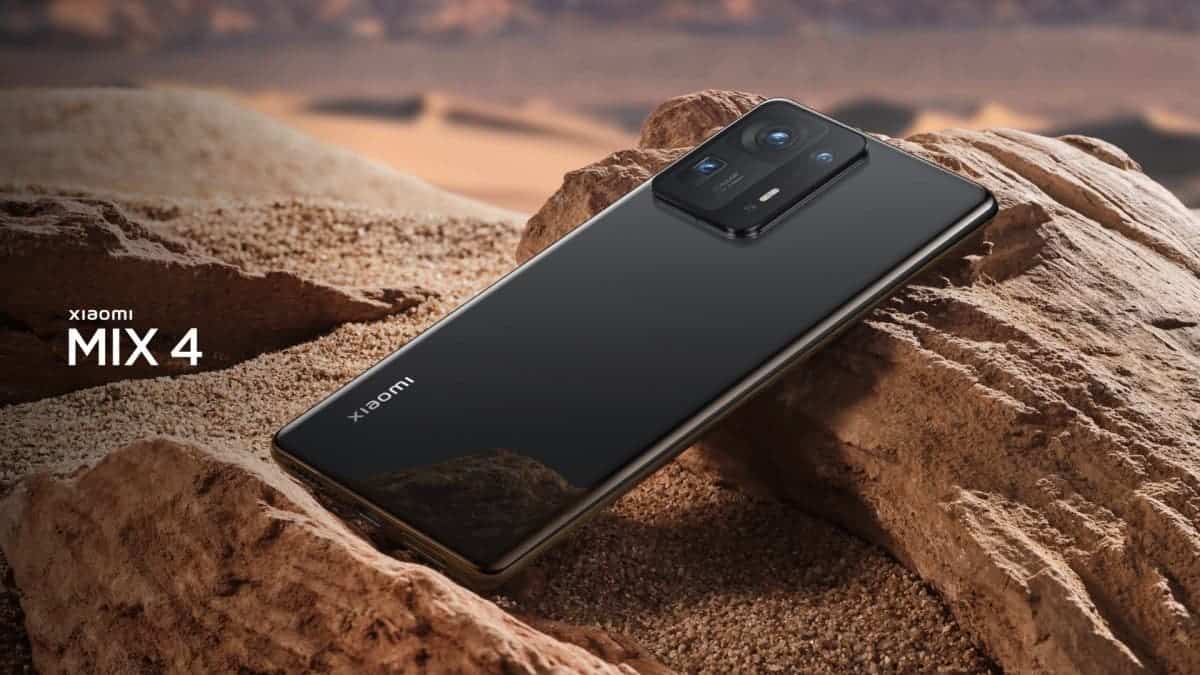 Besides the high-end chip mentioned above, the phone has up to 12 GB of RAM and 512GB of native storage. The MIX 4 also sports a heat dissipation structure with a combined surface area of 11588mm² to minimize overheating.

Another selling point of this device is attributed to the 4,500 mAh battery, which supports 120W charging. In Boost mode, the battery will be fully charged in 15 minutes.

We’d like to mention that this smartphone features an Ultra-Wideband (UWB) that is the advanced version of Bluetooth technology. It allows for precise positioning data and smart device controls. The body of the device is made of ceramics.

There are too many selling points, and we don’t know which one to point out and which to ignore. However, this one should be on the list for sure. The handset sports stereo speakers tuned by Harman / Kardon.

MIUI has always been one of the world’s most popular systems. In this sense, MIUI 12.5 got many praises.

When this handset was out, many thought it was a true flagship killer. Looking at its specs list, it was difficult not to agree with the advocates of such an opinion.

Like many other Chinese smartphones from this category, the phone hosts the Snapdragon 8 Gen 1 with up to 12GB of RAM and 512GB of internal storage. 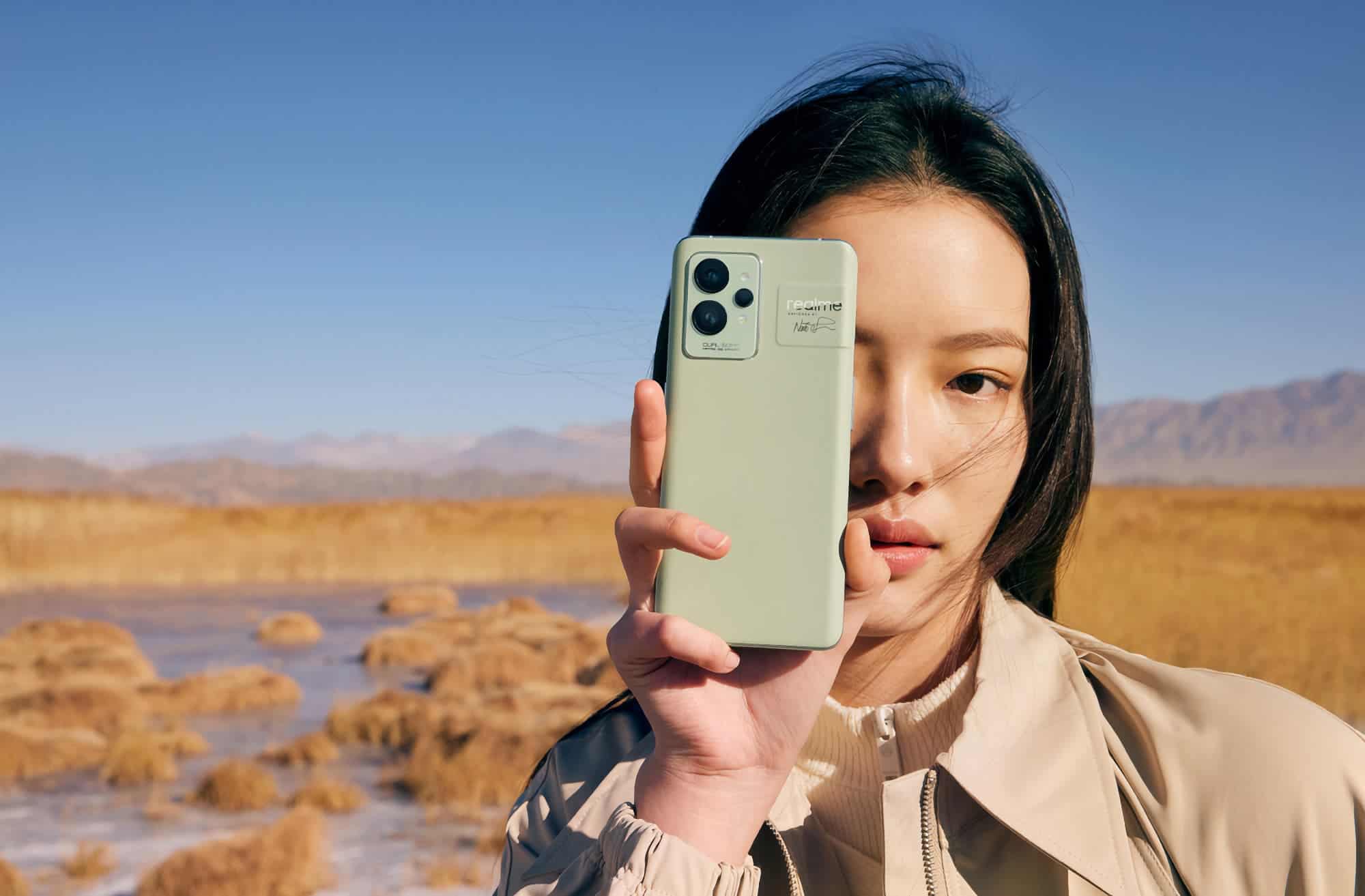 We’d also like to mention that the phone supports the new GT Mode 3.0. The latter brings GT mode desktop features and AI frame tech 2.0 as well as an overall reduction in power consumption.

The camera on the back includes two 50MP sensors. One of them is a primary sensor, while the second one has a 150-degree ultra-wide view. The third sensor supports a 40x zoom.

The rest of the noteworthy features include stereo speakers, NFC, and a 5,000 mAh battery with 65W fast wired charging.

The first thing that comes to our mind when talking about this handset is its camera. It’s a real masterpiece and a good gift or powerful weapon for mobile photographers.

This is the world’s first smartphone to come with Sony’s 50.3 MP 23 mm wide-angle camera, the Sony IMX989 sensor with 1-inch size. Thus, we are dealing with the largest sensor in the world. It brings the largest individual pixels at 3.2 µm with the 4-in-1 binned 12.5 MP mode. Apart from this, the handset also has a 48 MP Sony IMX586 1/2.0-inch sensor with autofocus and macro support. The third camera is a telephoto lens with 120 mm f/4.1 periscope abilities. It captures 12 MP shots with pixel binning. 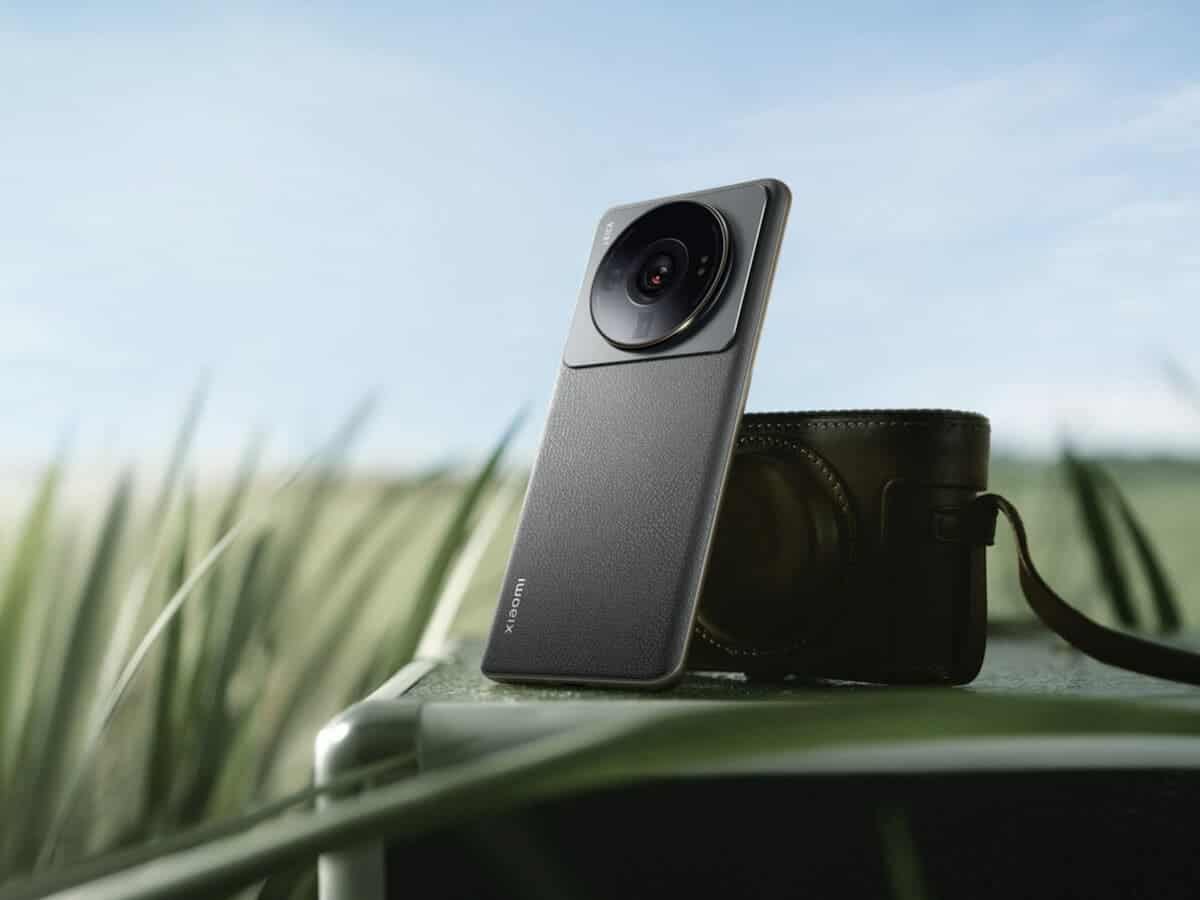 Due to Leica tuning, the camera of this phone solves the pain points of mobile cameras such as flare, chromatic aberration, and ghosting.

If we talk about the camera, it will take ages. So let’s switch to other noteworthy features as well. For instance, the Xiaomi 12S Ultra has a 6.73-inch E5 Super AMOLED panel with 3,200 x 1,400 pixels of resolution with AdaptiveSync Pro support. Plus, it supports a variable refresh rate from 1 Hz to 120 Hz.

Under the hood, the Xiaomi 12S Ultra houses the Qualcomm Snapdragon 8+ Gen 1 SoC with up to 12 GB of RAM and 512 GB of UFS 3.1 internal storage. The phone also comes with an in-house made Xiaomi Surge P1 charging chip that protects the battery from overcharging and a Xiaomi Surge G1 that manages the battery use for further endurance. The battery has a 4,860 mAh capacity and supports 67 W wired charging and 50 W wireless charging.

The stereo speakers of this device have a Harman Kardon running with Dolby Atmos support. The device also has IP68 water and dust resistance and comes with MIUI 12 on top of Android 12.

This is another camera-centric flagship coming our way from the most-popular Chinese smartphone maker.

The Huawei P50 Pro features a 6.6-inch OLED panel with a 2,700 x 1,225 pixels resolution. Unlike the standard version, the display is slightly curved. It also comes with HDR, 300 touch sampling rate, and a 120 Hz refresh rate.

The handset is available in two chip variants – Snapdragon 888 4G and Kirin 9000. The maximum memory capacity is 12GB, while the storage capacity might reach 256 GB. However, there is a microSD card slot for memory expansion, and the phone runs HarmonyOS 2.0 straight out of the box. 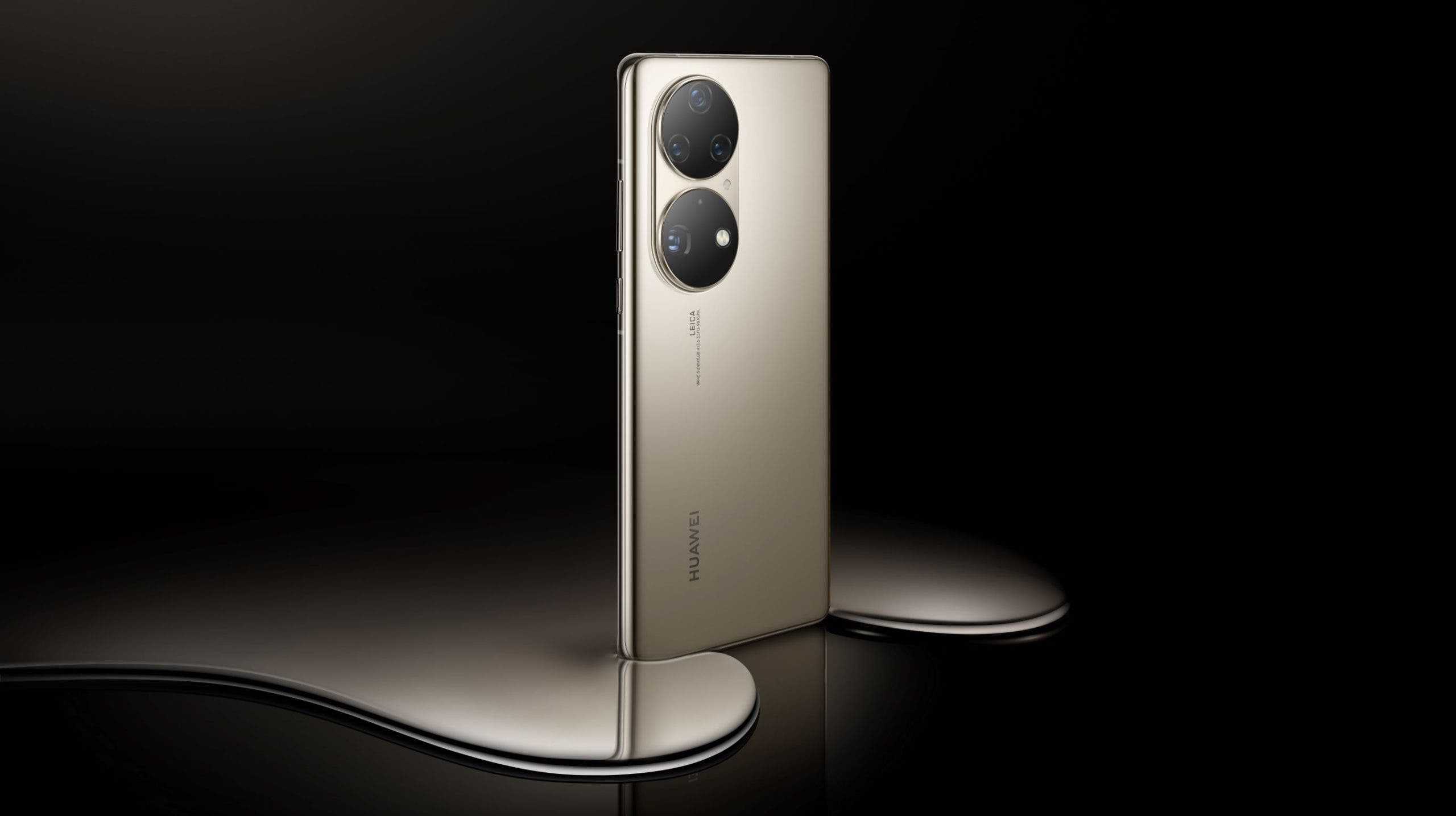 One of the highlights is the XD Fusion Pro which can double the amount of gathered light compared to the Huawei P40 Pro and increases dynamic range by 28%.

This phone also has a 4,360 mAh battery that supports 66 W wired charging over the USB-C port and a 50 W wireless charging. It features stereo speakers and has an IP68 certification.

The last phone we’d like to drive your attention to is the ZTE Axon 40 Ultra. It has a very good reputation among Chinese smartphones. It’s known for its under-screen camera, which uses the third generation of this technology. 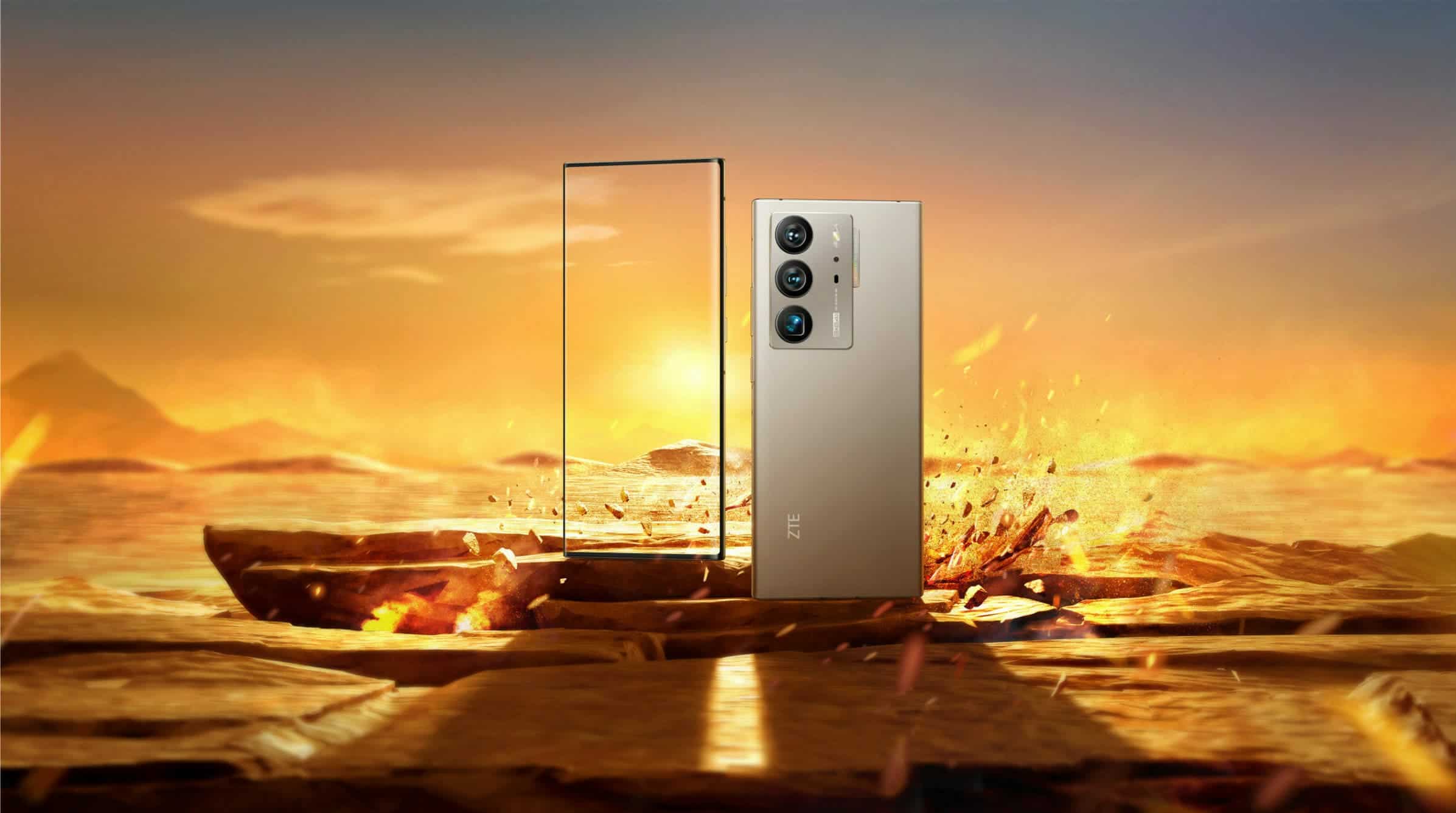 Generally talking, the screen of this handset is the biggest highlight (with the in-screen camera, of course). It has a 6.78-inch AMOLED full screen with a 2480 x 1116 resolution. The display also supports a 120Hz high refresh rate. 360Hz touch sampling rate, 100% DCI-P3 color gamut, 1.07 billion colors, and 1440Hz high-frequency PWM dimming.

The 5000 mAh battery supports 80W super-fast charging and is compatible with QC and PD protocols.

The main camera on the back is completely upgraded as well. It uses three 64 -megapixel main cameras – IMX787 sensors. Their photosensitive unit reaches 1/1.73 inches, while the single-pixel size is 0.8μm.