50 Cent is still king “In Da Club” … and he brought plenty of his famous rapper pals along to a celeb-packed birthday bash for nightclub impresario George Karavias, who celebrated his 34th birthday.

The Sunday night event morphed into a Summer Jam-level concert as 50 not only performed, but invited fellow A Boogie Wit da Hoodie, Busta Rhymes, Remy Ma, Dave East, DreamDoll, Tony Yayo, Uncle Murda and Don Q to grab the mic and perform their biggest hits … on the spot!!!

Trey Songz was also in attendance celebrating his 38th birthday and 50 went on a booze-buying frenzy — purchasing 100 bottles for Dream Hospitality and Harbor Nightclub owner George K’s table, Trey’s tables and anyone else within arm’s reach.

We’re told NYC DJs Shortkutz, Camilo, Stacks, Spade and Nicky Rizz all spun a set as the night went on … and some familiar athletes also popped up in the audience. 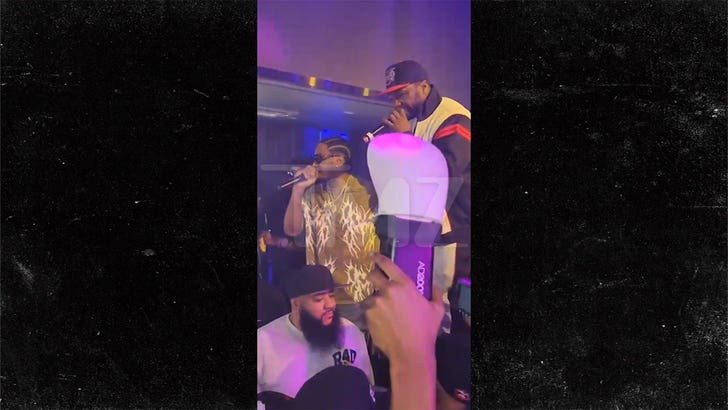 Sources tell us some NY Jets players — fresh off blowing out the Chicago Bears — pulled up, as did Ja Morant, and players from the Memphis Grizzlies and NY Knicks following their Sunday showdown.