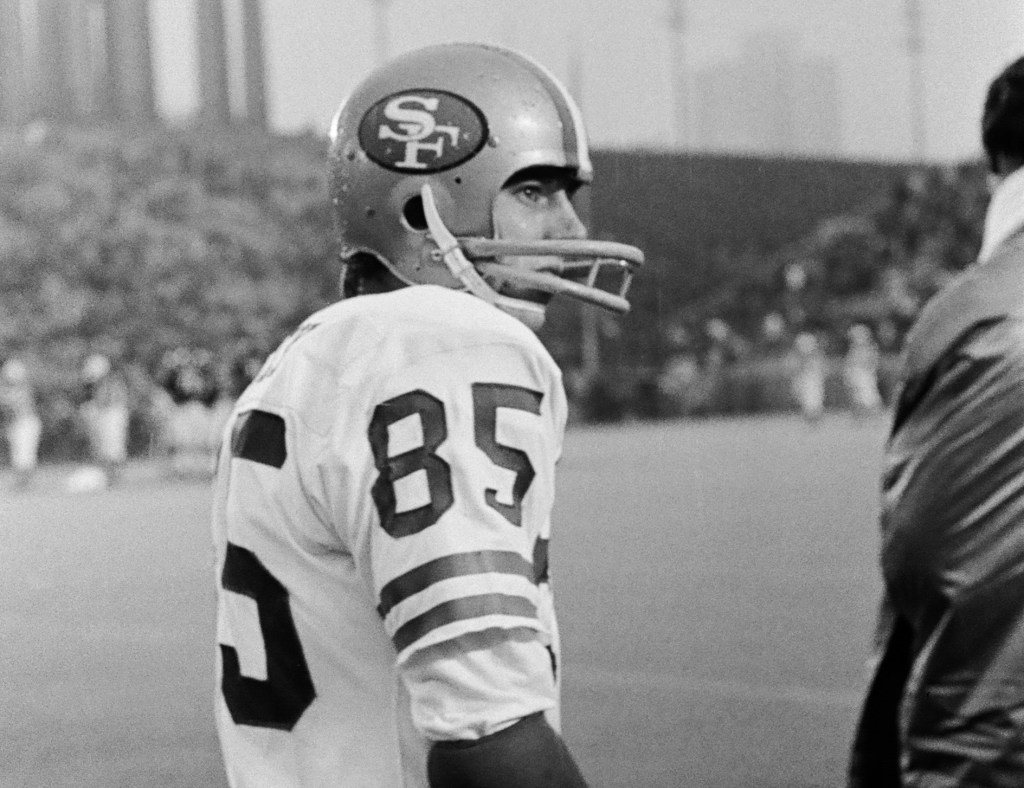 Skip Vanderbundt still remembers the strange phone call he received almost 30 years ago. The onetime 49ers linebacker had long since retired and was relaxing in his Sacramento home one evening, even letting his mind drift to watching the upcoming 49ers’ playoff game against their bitter rivals, the Dallas Cowboys.

Suddenly, his phone started ringing. After Vanderbundt answered it, his thoughts instantly flashed back to December 23, 1972, a darker, more personal time for him during the fabled 49ers-Cowboys postseason history.

The voice on the other end belonged to Preston Riley, a former teammate who was calling from Tennessee. Vanderbundt couldn’t believe it. The last time they had spoken was 20 years earlier, shortly after Riley became infamous for a costly fumble in the 49ers’ stunning collapse in a 1972 NFC playoff loss to Dallas at Candlestick Park.

Now Riley was on the phone asking Vanderbundt a heartbreaking question: “Skip, do you guys still blame me?”

Riley, a wide receiver who only played one more NFL game after the 49ers quickly traded him to the Saints in the wake of his playoff mistake, has been the most tragic figure in the decades-long 49ers-Cowboys playoff rivalry. The lasting image of Riley for some is of him quietly sitting at his locker after the crushing loss, smoking a cigarette while tears rolled down his face.

Still, he remains but a footnote in the series as the two iconic franchises get set to meet for the eighth time in the playoffs on Sunday afternoon in Dallas. This rivalry is as star-studded and memorable as any in NFL history with stars such as Joe Montana, Jerry Rice, Emmitt Smith, Deion Sanders, Troy Aikman, Steve Young and Roger Staubach on display over the years. The 49ers-Cowboys games are so big they’ve also become synonymous with legendary TV announcers John Madden and Pat Summerall.

Sunday’s game in Dallas will be the teams’ first postseason clash since 1995, when the 49ers finally beat the Cowboys in the NFC Championship after losing to them the previous two years. By steamrolling the Cowboys 38-21 at Candlestick that year, it set the stage for San Francisco’s last Super Bowl title two weeks later.

Cowboys defensive coordinator Dan Quinn, who was a 49ers assistant coach from 2001-04, can’t wait to help rekindle the rivalry.

“I’m damn fired up, man,” Quinn told reporters earlier this week. “Are you kidding me? The early ‘90s Dallas-Niners, some of the championship games, for me, coming up and watching those ones, I can hear (John) Madden and (Pat) Summerall talking it through. My first Dallas and Niner playoff game, I’m pretty fired up to do it, man. It’s exciting.”

“Do you guys still blame me?”

Skip Vanderbundt doesn’t have many regrets from his 10-year NFL career, nine of which he spent with the 49ers.

“It was all a real kick in the rear. I’m still pretty healthy and I’d still be doing it … well, if I wasn’t 75,” he joked during a phone conversation this week.

Of course, he wished he and his teammates could have avoided losing to the Cowboys in back-to-back NFC Championship games in 1970 and ’71. And certainly the 1972 loss left some lasting pain.

It still saddens Vanderbundt when he thinks about his unexpected phone call from Preston Riley decades ago.

“You guys still blame me?” Vanderbundt remembers repeating to Riley that night. “I just shook my head and said, ‘Preston, I didn’t blame you initially so what would make you think I blame you now?’

“I don’t think anybody on our team blamed Preston. He took it way too hard. It’s a team game. Everyone and his brother contributed to that loss.”

Looking back, perhaps more credit should have been given to Cowboys quarterback Roger Staubach. The future Hall of Famer earned his nickname of “Captain Comeback” by coming off the bench to help the Cowboys erase a 15-point deficit in the fourth quarter.

But, as Vanderbundt allows, “I think we probably celebrated too soon. When you lead a game by 12 points with 1:52 left, you usually think you’ll come out a winner.”

Dallas certainly needed some help from the 49ers. Still trailing 28-23 with just 1:28 left in the game after Staubach’s first touchdown pass, the Cowboys tried an onside kick. Riley, who had earned a starting wide receiver spot because of his sure hands, couldn’t handle a tricky hop from Dallas kicker Toni Fritsch.

The Cowboys pounced on Riley’s fumble and a few plays later Staubach threw a 10-yard touchdown pass to Ron Sellers that became the eventual game-winning touchdown in front of a stunned 49ers crowd.

49ers fans looking for a scapegoat seemed to find an easy target in Riley.

Ten years after what some 49ers followers still derisively refer to as “The Fumble” came “The Catch,” the biggest play in San Francisco football history.

But not even Dwight Clark’s signature 1982 catch against the Cowboys in the back of the end zone could completely erase the memories of the flubbed 1972 onside kick by Riley.

Two weeks after Clark’s game-winning catch from Joe Montana in the NFC Championship, the 49ers were in Pontiac, Mich. on the verge of winning Super Bowl XVI. The Bengals though closed within 26-21 late in the game and needed to recover an onside kick to have a chance to win.

Clark found himself on the 49ers’ “hands team,” which was tasked with making sure to recover Cincinnati’s impending onside kick. That’s when Clark’s mind started to play tricks with him.

“All I could think of was that unfortunate onside kick against Dallas when they fumbled it,” Clark would say later about the 49ers’ fateful afternoon in 1972. “Running across the field, that’s all I could think about.”

History, though, did not repeat. The onside kick came to Clark, who quickly recovered the bouncing ball to secure the first of the 49ers’ five Super Bowl victories.

The 49ers’ painful loss to Dallas 50 years ago hasn’t completely gone away for Vanderbundt. Every now and then he gets reminders of that day. And for that, he can probably thank his wife, Judy.

“It’s funny, we’ll be watching a game that looks like it’s out of hand and the announcers will act like it’s over,” Vanderbundt said. “Then Judy will say, ‘Well, we know what can happen, don’t we?’” 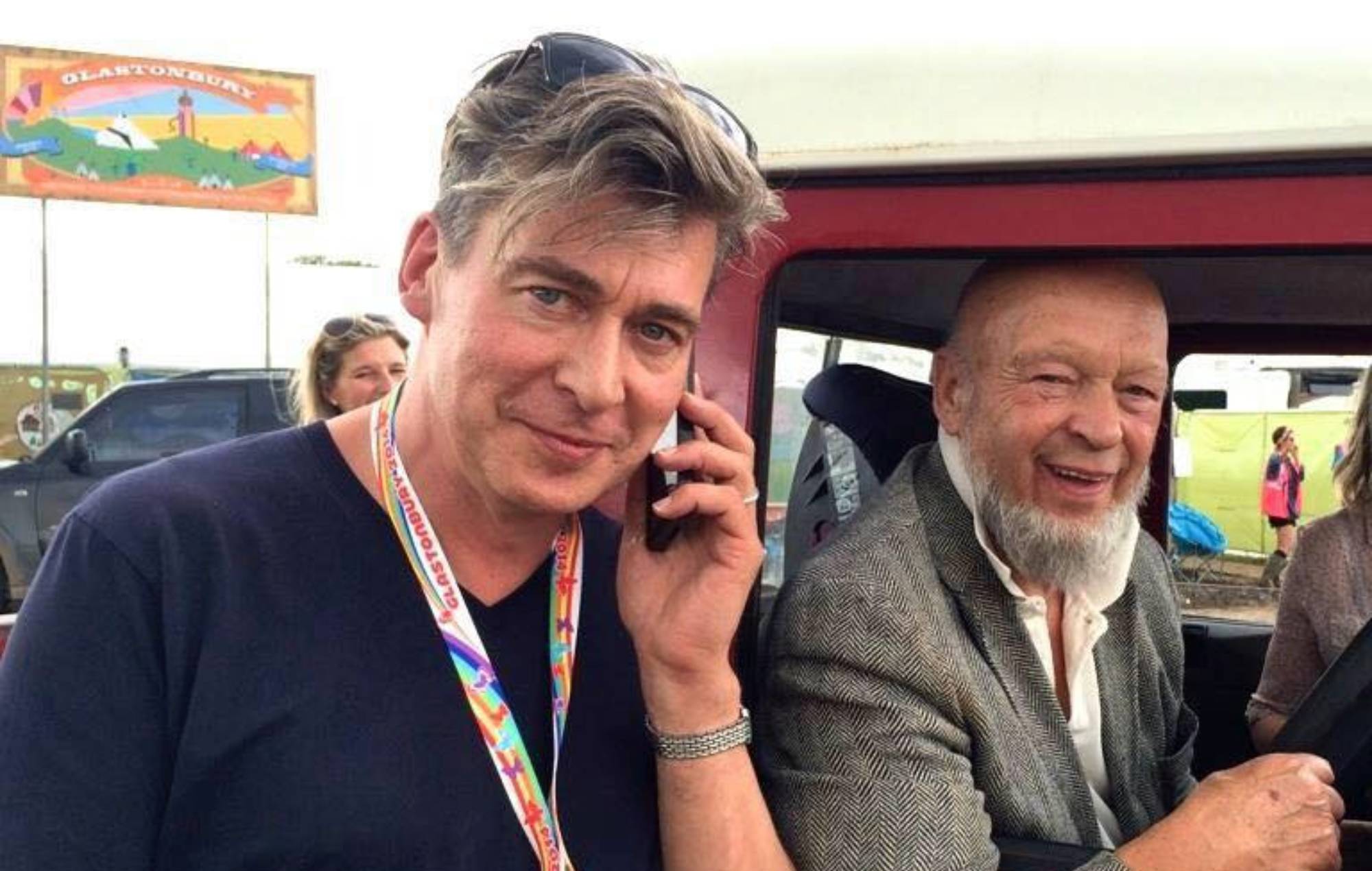