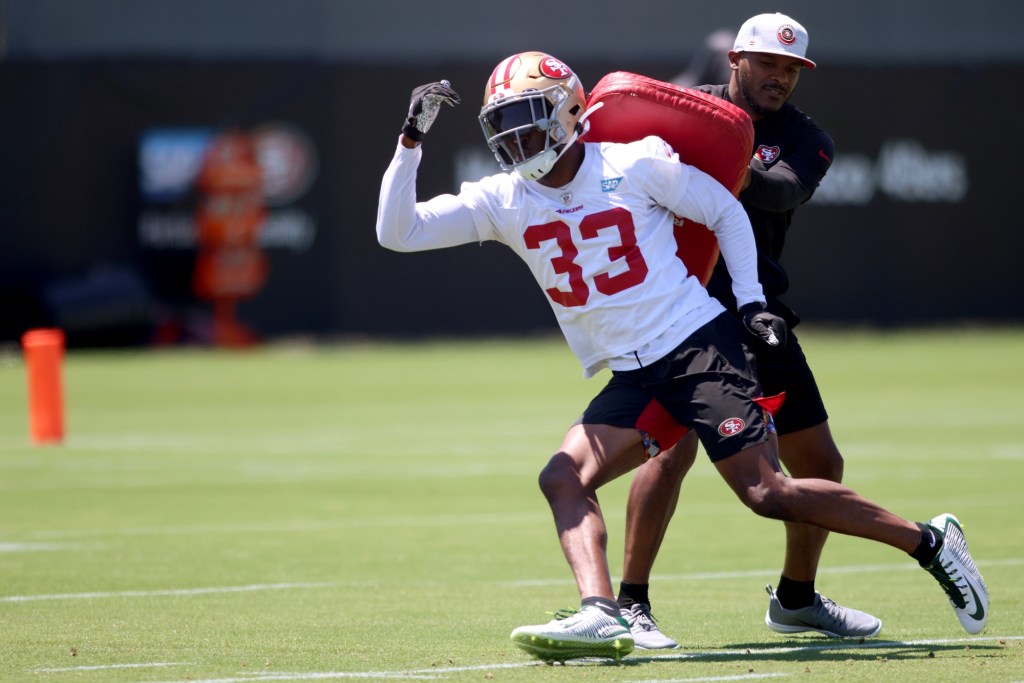 SANTA CLARA — A year ago, Tarvarius Moore was missing 49ers training camp. He was there, just in an orthopedic boot and “barely walking” because of a torn Achilles that shelved his 2022 season.

“I kept it. It’s like a trophy for me. It’s up in my storage room,” said Moore, envision that symbolic prize back at his offseason home in Hattiesburg, Miss.

Saturday, Moore emphatically announced his return, by way of two interceptions that drew high-fives and kudos from teammates.

Defensive stars Fred Warner and Charvarius Ward had an interception apiece Saturday, but it was Moore’s pair that should inspire the most intrigue at 49ers’ training camp.

Not many jobs are open, and Talanoa Hufanga has spent all offseason and camp slotted next to Jimmie Ward as first-string safties. Moore isn’t fretting. He knows the best 11 players will be on the field, and, in 2020, that meant he often entered as a third safety, at least when he wasn’t starting eight games in place of an injured Jaquiski Tartt.

#49ers fourth practice of camp is done:
Safety Tarvarius Moore had 2 INTs, Charvarius Ward and Fred Warner had one each
Trey Lance 8/15 with INT and a sizzling completion to Aiyuk
Jimmie Ward about decleated Jeff Wilson Jr on PBU
Kinlaw, McGlinchey and TWilliams ok in team drills pic.twitter.com/oIi9fSCpc3

Saturday’s form was what Moore flashed his first three seasons and all the way up to a June 2020 practice, when he came out of the post, made a break on the ball, and his Achilles “just popped on me.”

“It’s just a testament to the work I put in this offseason and the whole year off,” Moore said.

So it goes in football. Players get hurt — as defensive tackle Maurice Hurst did Friday with a season-ending torn biceps. Then contract hopes are put on hold or dashed. Ccomebacks ensue, and a big-time camp puts them back on everyone’s radar.

“It’s great to see. That’s one of my guys,” linebacker Fred Warner said. “He’s had a tougher route and the injury set him back. We need him to come in and compete. Let him and Huf push each other. It’s how you bring the best out of each other’s game. He made heck of plays today.”

“It helps in (coaches’) eyes, but we’ve got to stack these days. Consistency is the key,” said Moore, noting how Saturday’s imperfect practice saw his man-coverage yield a George Kittle catch on a 30-yard fade pass from Lance.

Neither of Moore’s interceptions came against Trey Lance, so the camp-high crowd of about 2,000 fans was not conflicted. They routinely cheered for the new quarterback, though Jimmy Garoppolo also drew cheers during his pre-practice running session.

Moore victimized Nate Sudfeld for the interceptions, the first coming on a pass tipped by fellow second-string safety George Odom. Sudefeld later went deep for rookie Danny Gray, only for Moore to track the ball to make the interception in stride, all while cornerback Deommodore Lenoir had tight coverage.

The 49ers gave Moore’s comeback the green light at the start of the offseason program in April, and he said that helped show him where he was physically and mentally.

“That first three to four months was though, not even being able to walk, having a cast for a month and then the boot another five weeks. it was a lot, but staying positive and knowing that if you put in the work, everything was going to be OK.”

Part of that work came in Hattiesburg, where he played at Southern Miss with former 49ers quarterback Nick Mullens.

Just had a nice exchange with Jimmy Garoppolo after he ran on side at #49ers camp. He’s not practicing (while doing shoulder rehab and awaiting trade) but he’s still as upbeat and friendly as ever.
“Enjoy training camp,” he says after our handshake pic.twitter.com/prMtZ5WNjn

Jimmy Garoppolo came out of hiding, of sorts, by running on the side before practice as fans entered the compound. He drew cheers, acknowledged the crowd, and he was his usual-cordial self afterward in greeting reporters as they passed by.

He said his rehabilitation from March shoulder surgery is looking good and he’s feeling good. He gave no hint of displeasure at his awkward plight, seeing that his job is firmly in the hands of Lance and that the 49ers have openly stated they’re hopeful of a trade that works as a win-win for them and Garoppolo.

Deebo Samuel followed Garoppolo and ran on that same grass behind the end zones, for a fourth straight practice. He’s expected to land more guaranteed money than Seattle counterpart DK Metcalf, who signed a three-year, $72 million pact with $31 million guaranteed, according to spotrac.com.

Negotiations have not adversely impacted Shanahan’s relationship with his All-Pro offensive weapon. “Deebo and I talk a lot. We’re good. We understand our role,” Shanahan said. “I know it’s a lot of noise for five months with tweets and people talking and talking. There’s a lot of negotiations, a lot of money involved. It’s a big business deal. We’re good.”

Lance’s development continues to offer a blend of eye-opening darts and confounding throws. The offense’s best play Saturday came when Lance rolled right, and with Nick Bosa closing in, Lance threw a strike to Aiyuk 25 yards down field despite tight coverage from Charvarius Ward and Jimmie Ward.

Lance and Aiyuk combined again for a 20-yard catch to cap the 55-play practice and give the quarterback an 8-of-15 passing line. On the third-to-last play, however, Lance underthrew Ray-Ray McCloud and Warner intercepted that gift over the middle. That makes three straight practices with an interception off Lance.

The 49ers’ defense has made 10 interceptions the past three days, and of Saturday’s foursome, the first came from Charvarius Ward when he snared Sudfeld’s 45-yard bomb into double coverage toward Ray-Ray McCloud. Yes, the 49ers’ high-priced import from the Chiefs can do more than press receivers at the line.

“He’s a pure, lock-down corner,” Warner said. “What’s great about him I’ll go through whole thing in practice and not hear anything about him, and that’s great, because he’s locking his side down. He’s got his hands on the ball plenty of times just through four days.I love what we’re seeing out of all the DBs.”

The 49ers are off Sunday for the first time this camp, and they’ll return Monday with full pads and live contact finally permitted. “As a running back, you have to have that mentality, so we’re very excited about putting on pads Monday,” running back Elijah Mitchell said.

Javon Kinlaw enjoyed his first full-team reps in the first half of practice, and he did so without a brace on his surgically repaired knee. Already shelved with camp injuries, however, are fellow defensive tackles Hurst, Arik Armstead (sprained knee) and Hassan Ridgeway (quadriceps), the latter two of whom are sidelined a few weeks. That means more reps for Kevin Givens, Alex Barrett and Kevin Atkins, plus recently signed reinforcements Robert Nkemdiche and Tomasi Laulile. 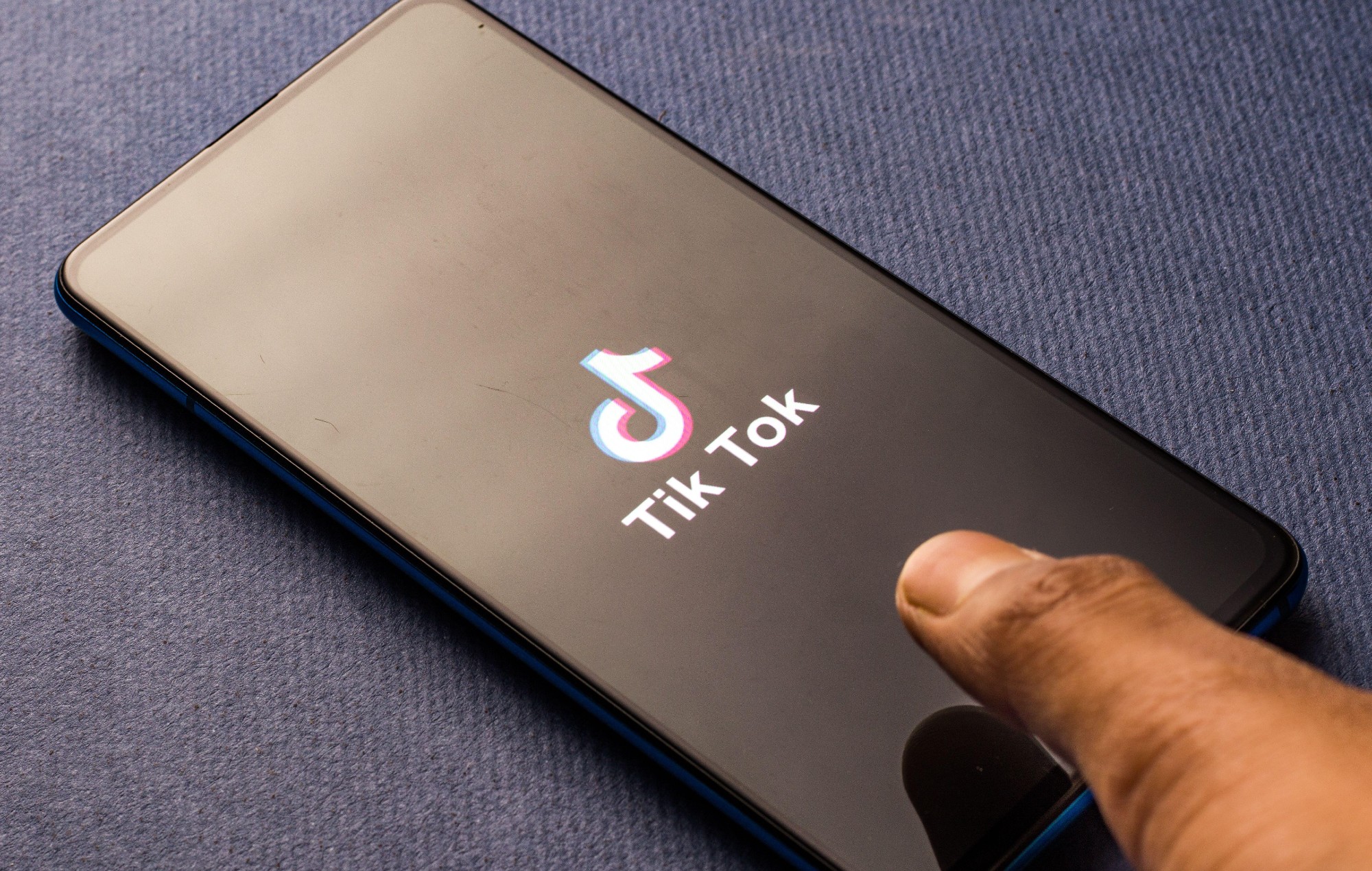