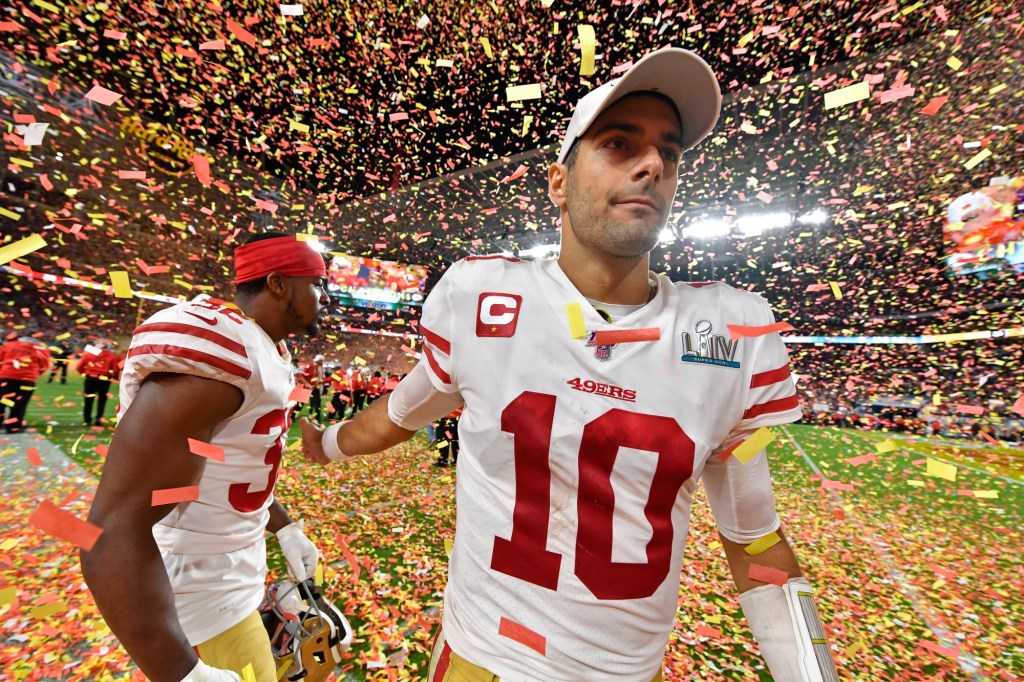 George Kittle, amid a crushing end to the 49ers’ Super Bowl defeat, vowed two years ago to get back to the playoffs.

That day has come.

A more daunting path than 2019 awaits them, however, if the 49ers (10-7) are to eventually play for their sixth Lombardi Trophy on Feb. 13 in Los Angeles.

As the NFC’s No. 6 seed, the 49ers essentially need to win three times on the road, similar to what Tom Brady and the Tampa Bay Buccaneers did last year as the Super Bowl’s seventh wild-card champion.

Up first is a visit to the No. 3-seed Dallas Cowboys (12-5) inside AT&T Stadium. Nearly 100,000 fans are expected, and while the home team wants a “white out” with the crowd’s attire, 49ers fans are sure to flock in red jerseys. Imagine: Candy Cane Lane.

“This time around is completely different than last time,” Kittle said. “Last time, we were No. 1 seed, sitting with a bye, getting our bodies right.

“Now we’re on the on road, guaranteed almost for the next three games, to get back to where we want to go. It’s a different mindset.”

“There’s no room for error or you’ll be sent home,” said Nick Bosa, who wept on the 49ers’ bench once they lost Super Bowl LIV to the Kansas City Chiefs, 31-20, in Miami.

The 49ers wouldn’t have made the playoffs if not for last Sunday’s comeback win over the Rams, improving their road record to 6-3 this season.

Of their Super Bowl 22 starters two years ago, 13 will be in this Sunday’s lineup, and, perhaps the most unexpected of them all is quarterback Jimmy Garoppolo, who’s fended off top draft pick Trey Lance and a Dec. 23 thumb sprain.

Postseason goals were instilled immediately into any newcomers, such as Arden Key, who said: “That’s the culture around here: get to the big ’ship every year.”

Here are five ways to start the 49ers’ first championship run since their 1994 team knocked off the two-time reigning champion Cowboys en route to the Super Bowl:

It’s no secret: the 49ers want to win by running, otherwise it falls upon Garoppolo’s passing panache in the two-minute drill.

Two Januarys ago, they ran wild in playoff-opening wins over the Vikings (47 carries, 186 yards) and the Packers (42 carries, 285 yards).

“Run it again! Run it again!” Kittle bellowed to the 49ers’ sideline during their ground assault in the 27-10 rout of Minnesota.

Rather than rely on perimeter runs with their outside-zone scheme, the 49ers may want to power up the middle against a Dallas defense that’s allowing 4.47 yards per carry (23rd in NFL).

Rookie Elijah Mitchell is averaging 4.7 yards per carry, and while his 963 yards in just 11 games is impressive, he hasn’t fumbled in 207 career carries entering his first postseason. Spelling him with offensive catalyst Deebo Samuel is no longer a novelty, and Samuel’s ability to turn the corner with his bullish style has the Cowboys on high alert.

What also worked well last playoff run was a balanced pass rush, and the 49ers have found a more balanced approach to complement Pro Bowler Nick Bosa, with Arden Key and Samson Ebukam among those benefitting from Bosa’s attention.

Still, Bosa should be extra motivated now that he missed All-Pro honors despite a career-high 15 ½ sacks on a rebuilt knee. He hasn’t had a monster game this season, statistically. But he’s been maniacly consistent, and so have the double teams and offensive tackle’s chokeholds.

“Good defense and running the ball helps you win in the playoffs, so we have those things and we’re hoping it could lead us in the right direction,” Bosa added.

Bosa commended left tackle Tyron Smith as a future Hall of Famer, so look for Bosa to line up more at left end and tear into right tackle La’el Collins. “They’re definitely beatable. There’s tape on them getting beat and we’re trying to do the same,” Bosa said of Smith and Collins.

Like Bosa, Prescott enjoyed a strong comeback from a 2020 injury (ankle), and he passed for 4,449 yards with 37 touchdowns, 10 interceptions and 30 sacks. “He isn’t easy to bring down, and he’s good under pressure,” Bosa said. “I see him complete a lot of balls while guys are flashing in his face or while he’s getting hit. He’s poised, for sure.”

Yes, the 49ers iced Sunday’s win in Los Angeles on Ambry Thomas’ overtime interception of a Matthew Stafford heave. That guarantees nothing this game.

Thomas and Emmanuel Moseley figure to serve as the starters, and each had a confidence-boosting interception last game. But Moseley also drew the 23rd pass-interference call against the 49ers this season, and that stigma could get exploited.

The referee: Alex Kemp, who called 10 penalties on the 49ers in their Dec. 5 loss at Seattle, including one for pass interference (on Deommodore Lenoir), plus two for roughing the passer on a Seahawks’ touchdown drive.

Safeties Jaquiski Tartt (groin) and Talanoa Hufanga (knee) are not at full strength, so Jimmie Ward better have studied up to cover all bases against the likes of CeeDee Lamb, Amari Cooper and Cedrick Wilson Jr.

If the 49ers do make an interception, perhaps they shouldn’t race for a photo opp in the end zone. Doing so in the Super Bowl only spurred the Chiefs’ comeback.

THAT ONE JIMMY PASS

Pitching a perfect game is not Garoppolo’s forte. Each game, there is a befuddling throw as if he’s actually targeting a linebacker or another defender he does not see. Then he rebounds, often magnificently so.

Dallas leads the league in takeways and interceptions, including 11 interceptions from rookie Trevon Diggs, who still can be beaten on the boundary by Brandon Aiyuk and Jauan Jennings.

“Trevon really just tracks the ball really well,” Garoppolo said. “I mean, you could tell that he used to play receiver. He could make some great plays on it. But, their whole defense, they’re pretty skilled across the board.”

Shanahan agreed, saying how that Cowboys defense embodies the ideals of its coordinator, Dan Quinn, who was the Atlanta Falcons coach the previous six seasons and had Shanahan as his offensive coordinator in 2015-16. Their careers, of course, are forever intertwined by that 2016 Falcons squad blowing a 28-3 lead and losing the Super Bowl to New England.

Things won’t go according to plan. So what could sway the momentum and change the game? These possible ‘X’ factors:

1. Linebacker Micah Parsons. The rookie made First-Team All-Pro by showing tremendous range and ball-seeking ability, whether it was as a 13-sack pass rusher (a role he thrived in once Lawrence got hurt) or as an off-the-ball linebacker.

“It’s the first time I’ve gotten to study him,” 49ers offensive coordinator Mike McDaniel said. “I’m alive, so I’ve heard about him. And he’s been noisy this year and is very impressive.”

2. The specialists. Cowboys kicker Greg Zeurlein has made just 29-of-35 field-goal attempts, and he’s just 5-of-14 from at least 50 yards the past two seasons. The 49ers hope to have punter Mitch Wishnowsky out of concussion protocol and avoid last game’s emergency actions, in which kicker Robbie Gould took over punts and Kyle Juszczyk held on kicks. The 49ers’ returners have made for some hectic moments all season, so it’ll be interesting if they activate Trenton Cannon for kickoff returns or just ride with third-down back JaMycal Hasty.

3. COVID potential. Neither team has any player from their 53-man roster on COVID reserve, but obviously that can change before kickoff. The Cowboys welcomed Parsons and Smith back to practice this week after they missed the regular-season finale, after they were among 26 Cowboys players who tested positive since November.

Nickel back K’Waun Williams was among five 49ers defensive backs who cleared through protocols last week, and although he wasn’t fit enough to face the Rams, he practiced in full this past week. The only 49ers on the COVID list are running back Raheem Mostert (injured reserve) and two practice-squad players, Josh Hokit and Luq Barcoo. 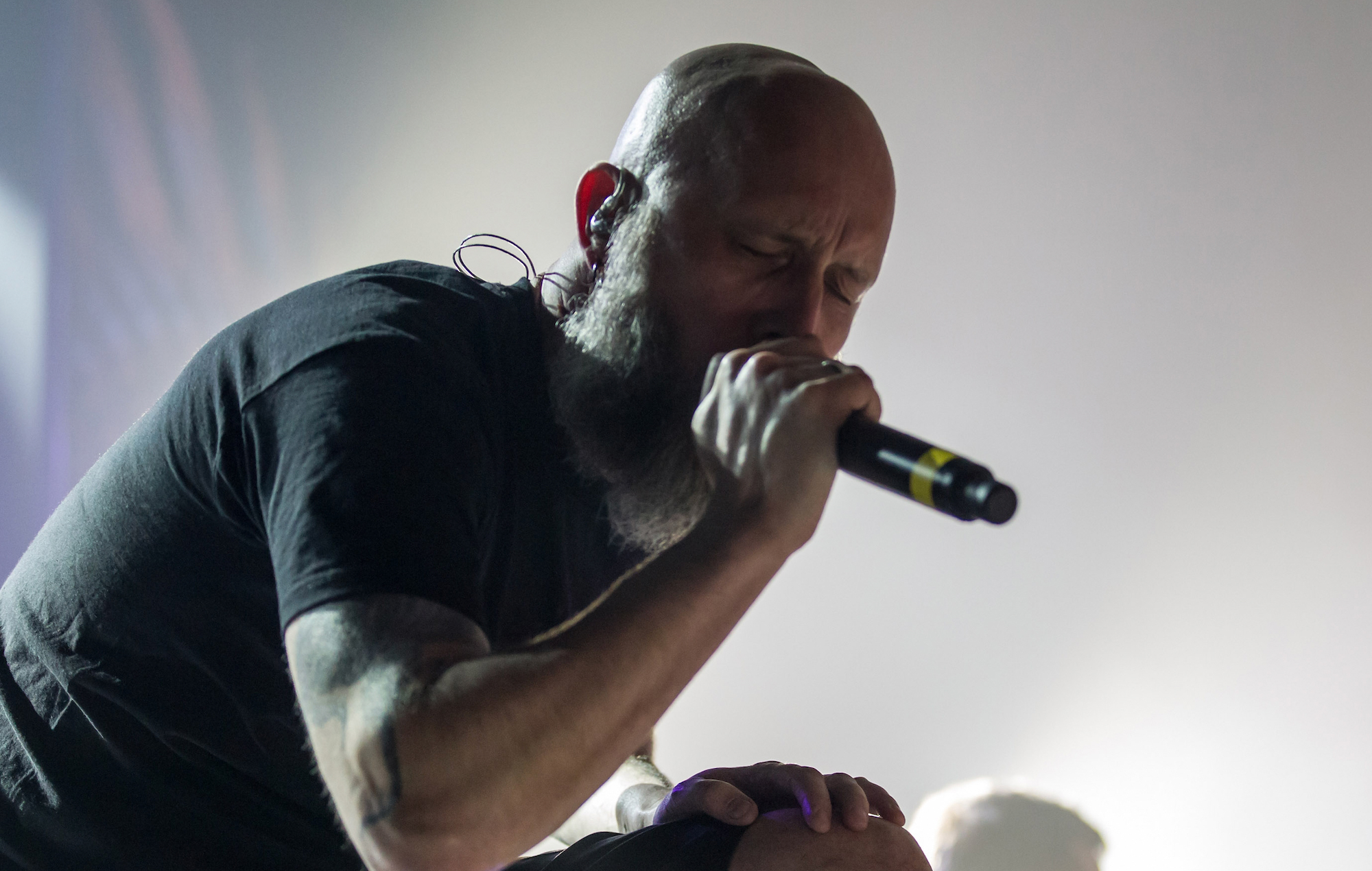