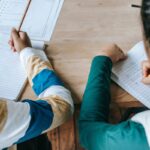 With the new school term well underway, new research released today shows widespread concern among parents around their children’s attention in school. The data, released by Nuance Hearing, a leader in audio technology, shares the concerns of parents about the concentration ability of school-aged children, while pointing to a wider problem around the role of background noise in busy classrooms.

Four in ten (41%) parents say they are concerned about their child’s focus in school while a similar percentage (38%) say their children get bored easily at school. Two-fifths (39%) of UK parents don’t think their children can focus for the duration of a full school lesson.

The research shows that parents believe that the struggle to focus may be affecting the child’s grades (48%). The parents of children who already struggle to focus at school also notice that this leads to higher anxiety levels for their offspring (51%).

The research also found two in five (43%) parents are concerned their child has additional needs, for example autism, ADHD or dyslexia. Conditions such as these can make it harder for children to focus in a classroom setting.

Nuance Hearing’s Voice Selector Study is a small, tabletop, microphone which was launched in the UK last year to support children who struggle with focus in the classroom. The device works by helping the user to focus on the dominant voice (the teacher), while toning down the background noise and has been shown in clinical trials to boost classroom focus for teenagers with attention deficit hyperactivity disorder (ADHD).

The device aims to improve inclusivity in the classroom, so that every pupil has the chance to achieve their potential. The new research shows that almost half of parents (48%) think their children would get better grades if they could focus more.

“There’s no doubt that educators and parents alike are concerned about focus in today’s students. With this new data indicating how it can affect both mental health and educational attainment, it is essential that we adapt the learning experience to make it easier for those who struggle with focus. Devices like the Voice Selector Study can revolutionise the classroom experience for a child, even by simply allowing them the knowledge that it is ok to learn in the way that works best for them, can give them ownership over their own learning experience and make a real difference.”

Angela Hill, 40, from Gloucestershire, says of her 15-year-old son, Blake:

“When my son started secondary school, he found the classroom noise torturous and struggled to concentrate. It got to the stage where much of what he retained from a lesson was guesswork from the whiteboard. Not only did it affect his learning, it made him withdrawn in class and got so bad that he started to dread going to school. Noisy classrooms are a much bigger issue than people think.

“The Voice Selector Study made a huge difference for Blake in school. Now he hears what’s going on in a lesson, rather than just guesswork from the whiteboard. His grades have improved significantly, probably because he’s able to focus and concentrate a whole lot more. He’s a lot happier in school and in himself, and as a mother, that’s all I can ask for.”

“The data released today is frustrating to see, but unfortunately not surprising. We know that across the globe, children have struggled with focus since returning to busier classroom environments after adjusting to the relative quiet of learning from home during the pandemic.

“It is my hope that the advance of technology can close ‘the learning gap’ and enable children to focus properly while alleviating parents’ concerns.”

According to the charity ADHD UK, ADHD is estimated to affect about 5% of children in the UK. ADHD students typically have a short attention span and so can find it hard to concentrate and learn, especially in group situations. This can impact their education leading to underachievement at school.