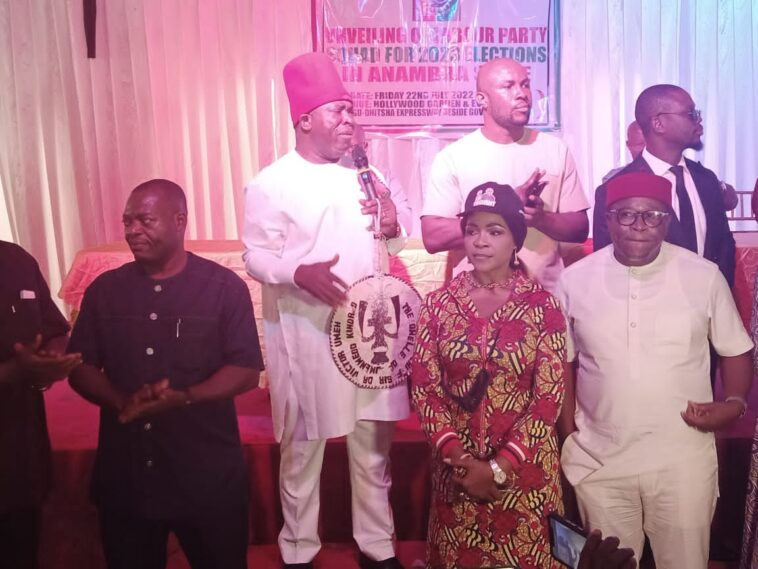 The unveiling which took place at Hollywood event center, along Enugu-Onitsha expressway Awka, has all the three Senatorial, eleven House of Representatives  and thirty State House of Assembly candidates in attendance.

Addressing the gathering, the National Organisation Secretary of the party, Chief Clement Ojukwu, who performed the ceremony, said the unveiling which is ongoing Nationwide, is to inform Nigerians that the Labour Party was full prepared for the 2023 election in all ramifications.

He said the candidates were elected during the party’s primaries base on their vast experience and Political backgrounds.

Ojukwu urged the candidates to commence aggressive consultation with electorates and other relevant stakeholders in their various Constituencies ahead of INEC scheduled campaigns.

He used the occasion to announce that the LP, being workers party will join the Nigeria Labour Congress (NLC), plan solidarity protest slated for July 25-26, 2022 to mediate in the ongoing disagreement between ASUU and the Federal Government.

In his remarks, the Party Presidential Candidate, Mr. Peter Obi, who was represented by Mr. Oseloka Obaze, said the Labour Party has come to renew, tranformed and to free the country from the current security and social economic challenges.

He appeal to supporters to accept new members in their various areas to ensure victory at the election proper.

The State Chairman of the party, Chief Ugochukwu Eme, in his brief address, said all the LP Candidates are accomplished administrators and politicians committed to the development of Anambra state and Nigeria at large.

In his acceptance speech, Senator Victor Umeh, who spoke on behalf of other candidates, appreciated the National Working Committee of the party and all other stakeholders for finding them worthy to pursued their political dreams under the party platform.

He assured of their commitment to ensure the victory of the party in the 2023 general elections. 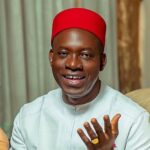