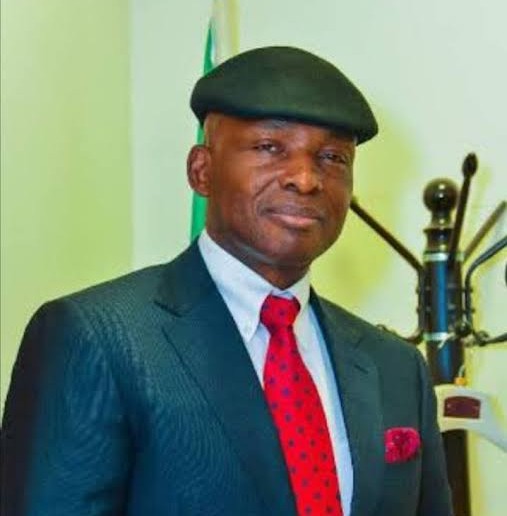 People in the Central Senatorial District of Cross River have declared their total support for zoning the governorship ticket to Southern Senatorial District, thus throwing their weight behind Senator Gershom Bassey as their preferred candidate for the 2023 election in the state.

Recall that Senator Sandy Onor from Central Senatorial entered the governorship race and jettisoned the state’s zoning arrangement at a press conference on January 3 at the Ernest Etim Bassey Press Centre, Calabar, saying, “zoning has never been practiced in our state since the advent of the current democratic experience in 1999. We cannot afford to sacrifice competence on the altar of zoning, as we prepare to choose a candidate for the governorship or any other election…those who are promoting and spreading the message of zoning are either cowards who do not have what it takes to contest the party’s ticket under a free and fair process, or are ethnic jingoists who are only interested in misleading our people in pursuit of their very personal and selfish interests”

But the people of Central comprising, Ikom, Boki, Etung, Obubra, Abi and Yakurr in different carnival like receptions during the governorship consultation, Christmas and New Year visits by Senator Bassey recently, said they stand by zoning in the interest of peace, equity and fairness as they are beneficiaries of zoning arrangement in the state that produced Senator Liyel Imoke as governor from 2007 to 2015 and they are all out to support Sen. Bassey to win the governorship come 2023, considering his spectacular achievements in the Senate with 28 effective bills, constituency projects and grants to the people.

In Ikom, the Paramount Ruler of Ikom Local Government Area, Ntol Peter Njul Eku while receiving Sen. Bassey, asserted that they have taken a position to support the zoning of governorship to the Southern Senatorial District as they had previously met with the leaders of the central and Governor Ben Ayade when he was still in PDP to decide the existing zoning of governorship to be returned to the south, reiterating that, “at this point no individual within or outside our community can change the sacrosanct resolution of the traditional custodians which is in tandem with the government, party elites and the entire state as Senator Gershom Bassey would be supported and voted in as Governor of Cross River State come 2023”.

The former representative of Abi/Yakurr Federal Constituency in the National Assembly, Rt. Hon Bassey Ewa, lauded the Ikom PDP family for the warm reception given to Sen. Bassey and his team, noting that he has been part of the past two administrations of the State which did remarkably well with giant strides and “I admonish you to support the #BackToSouth agenda and Senator Gershom Bassey for Governor”.

Barr Attah Ochinke who is from Boki and a former Attorney General and Commissioner for Justice in the state acknowledged that Ikom people stood by the past two administrations which Sen. Gershom was part of the planning and delivery of governance and as well encouraged the #BackToSouth Agenda.

Ochinke who is the current Chairman of the Nigerian Bar Association (NBA), Cross River State as well as a founding member of the PDP, affirmed the existence of zoning arrangement in the People’s Democratic Party(PDP) ab initio in the state.

Ochinke who also spoke at Boki, mentioned that “zoning has been a culture of the PDP which has kept Cross River in peace , fairness and tranquillity, and the same zoning has benefited the people of Ikom and so the people should support Sen. Gershom Bassey for the delivery of optimum governance to Cross Riverians”.

He said, “zoning simply means turn by turn, and who ever turn it is should be allowed to benefit from the arrangement”.

Barr Ochinke asserted that, Ikom people have supported the past administrations that governed Cross River and Sen. Gershom Bassey was part and parcel of the planning of the successful administrations and encouraged the people of Ikom to support Sen. Bassey who developed every administrative portfolios he found himself especially during his tenure as Chairman, Cross River State Water Board Limited, where he ensured that water flowed from Calabar to Yakurr, Ikom, Ogoja and  Obudu.

In his speech, the member Representing Ikom/Boki Federal Constituency, Rt. Hon. Ntol Chris Agibe, said PDP laid a successful democratic administration for Cross River State since 1999 to 2015 when a mistake of the present administration was made.

He prayed for Senator Bassey and wished him an answer to all his prayers as angels would be raised to solicit for his victory and all the local Government areas of Cross River State would endorse and vote him as the Executive Governor of Cross River State, come 2023.

The Ikom Women Leader, Mrs Justina Enya Ndoma declared that “Ikom is totally sold to the South Agenda, and our project is senator Gershom Bassey come 2023”.

On his part, the Managing Director of Bakor Medical Center, Dr. S. E. N. Ebaye, said his family and his immediate constituents “are for Senator Gershom Bassey and we are totally in support of zoning”.

While receiving Senator Bassey in Etung, the PDP Youth Leader, Comrade Assam Mbe, said the youths of Etung are all out to support Sen. Bassey to  become governor in Cross River State and appealed that the youths of Etung and their community should be captured in his development blueprint when he becomes Governor of the state in 2023.

The Etung Chapter Chairman of PDP, Mr. Kajang Obaji, said himself and the Etung people rejoice at the coming of Senator Gershom Bassey to Etung and assured him of firm support from Etung people so that PDP would take over the state and the mandate of the party be restored.

In Obubra, speaking on behalf of the Obubra people, Chief Sylvanus, said Obubra is a parent to other local Government areas in the state and is very active in the politics of Cross River State. He said Sen. Bassey has been behind the development of Cross River State since the year 1999 and as such has better service delivery for Cross Riverians.

The Cross River State Chairman of the National Youth Council of Nigeria (NYCN), Comrade Dan Obo, said the youths and Obubra people stand on zoning from 1999 till date, adding that PDP has never failed Obubra and Senator Gershom Bassey should not forget Obubra local Government when he becomes Governor in 2023, but he should be rest assured of the support of the youths and Obubra people, appealing to him to make youths a priority in his administration. 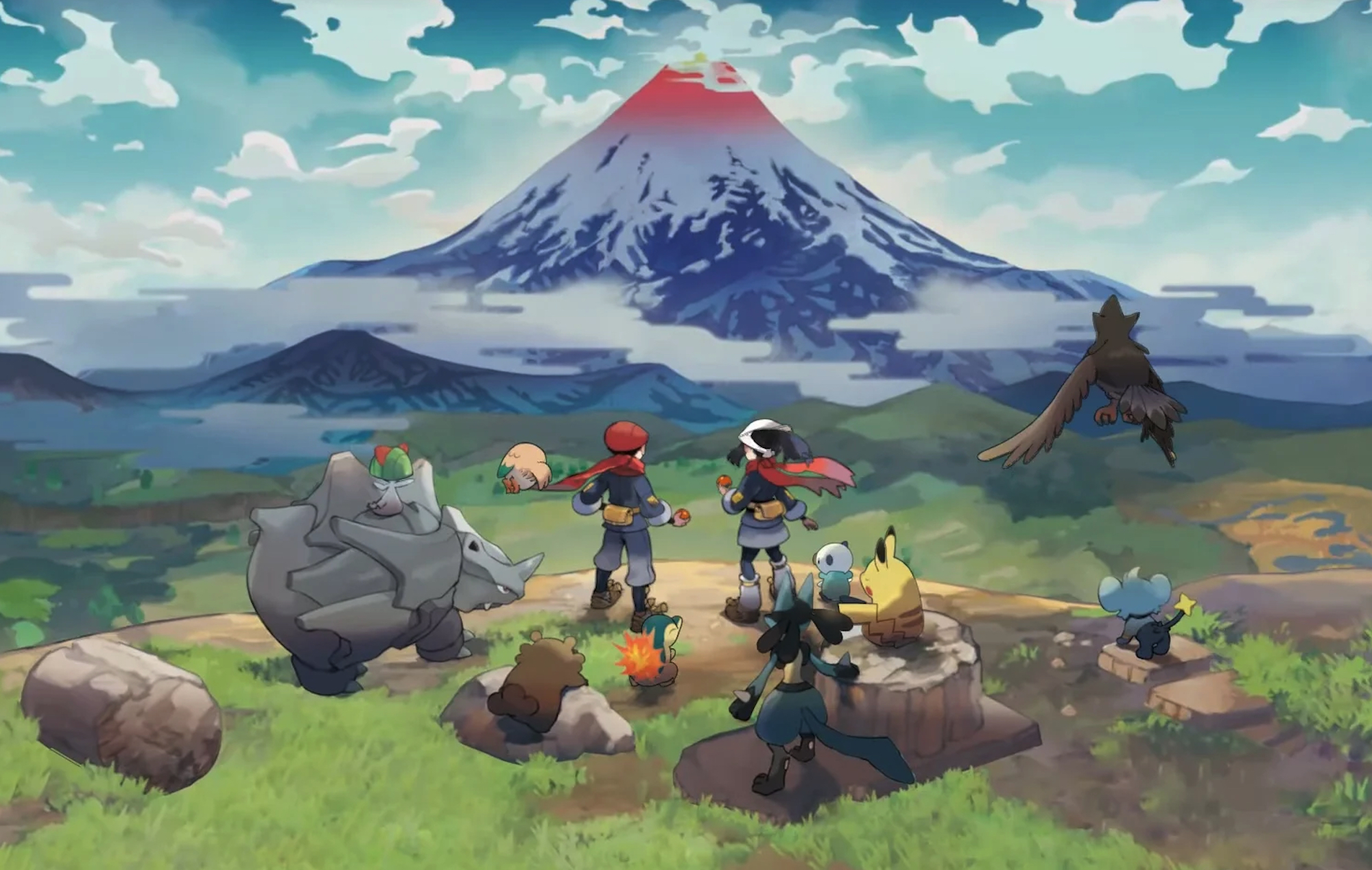